Portland Settles Lawsuit Over Police Use of Tear Gas 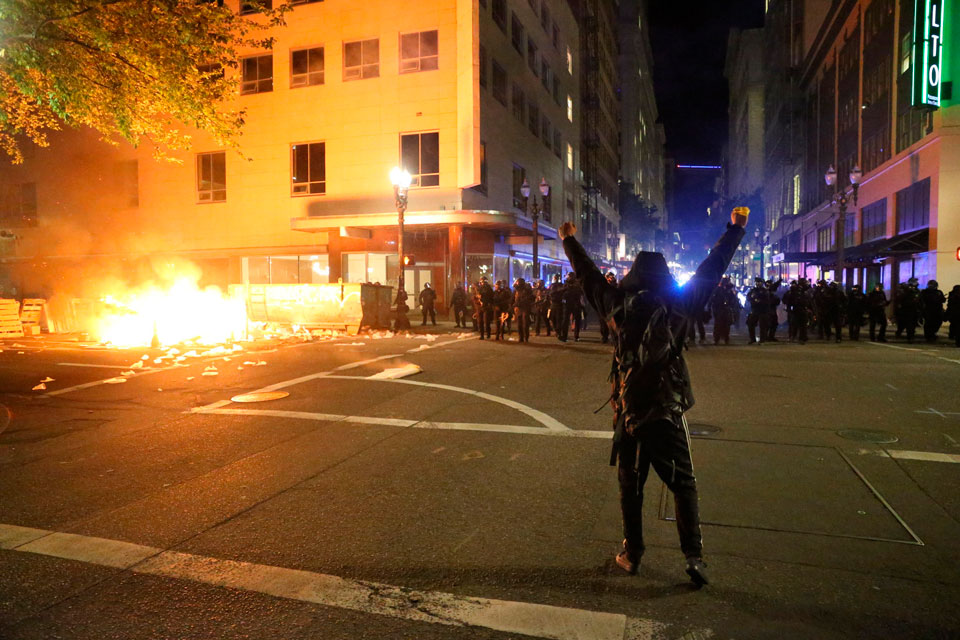 PORTLAND, Ore. (AP) — The city of Portland, Oregon, has reached a $250,000 settlement to a federal lawsuit over its police bureau's use of tear gas and other crowd control devices during the racial justice protests that rocked its streets in 2020, court documents show.

Under the settlement filed Tuesday in U.S. District Court in Portland, the city agreed to pay the $250,000 to five demonstrators who alleged they were subject to tear gas while protesting lawfully.

The city also agreed to stop using rubber ball distraction devices, commonly known as flash-bang grenades, and to dismantle its remaining stock under an injunction that will last 14 months. While the plaintiffs' ability to enforce the injunction will lapse after that time period, one of their attorneys, Juan Chavez, said he would be “perplexed” if the city reintroduced the devices.

The injunction additionally requires police to restrict their use of tear gas, pepper spray, less-lethal launchers and long-range acoustic devices in accordance with bureau policy and state law. 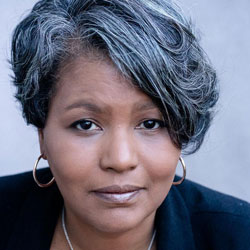 Teressa RaifordThe lawsuit was originally filed by the nonprofit Don’t Shoot Portland in June 2020 as protests following the death of George Floyd in Minneapolis erupted nightly on Portland’s streets, at times prompting violent clashes between police and demonstrators.

The group’s founder and executive director, Teressa Raiford, called the settlement “a win for organizers.”

“Our freedom of expression is the foundation of how we make social change possible,” Raiford said in a news release. “We’re grateful to everyone — all of our supporters and our individual donors — who made it possible to bring this lawsuit.

Portland Mayor Ted Wheeler said in an emailed statement that the agreement “fairly and appropriately resolves the case to provide certainty for all parties," adding that since 2020 the city has worked to improve crowd management trainings and its response to protests. 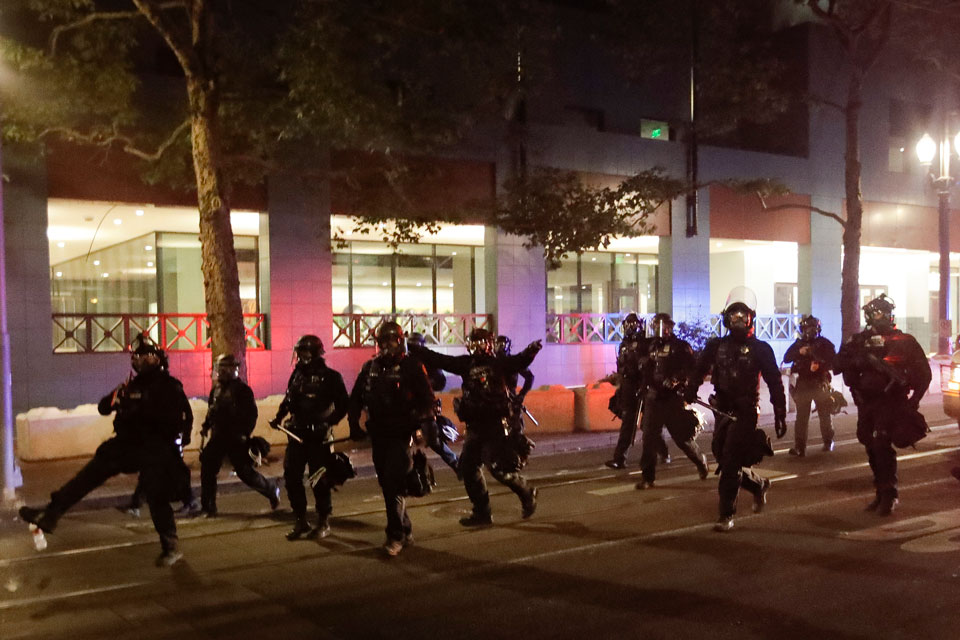 Portland police chase demonstrators during a Black Lives Matter protest on July 26, 2020, in Portland, Ore. The city of Portland, Oregon, has settled a federal lawsuit over its police bureau's use of tear gas and other crowd control devices during racial justice protests in 2020. (AP Photo/Marcio Jose Sanchez, File )A Portland police directive that governs the use of force, including during crowd control situations, states that less-lethal tactics can be used for managing encounters with threatening or actively resistive persons. Another directive that is currently under review instructs officers not to deploy less-lethal munitions or tear gas indiscriminately into a crowd.

A bill passed by the Legislature earlier this year limits police use of tear gas to specific scenarios, including when there is a risk of injury or death, when de-escalation efforts have been attempted but failed, and in the event of an “objectively dangerous and unlawful situation." The law also bars police from using less-lethal projectiles or “handheld chemical incapacitants," not including tear gas, for crowd management.

U.S. District Judge Marco A. Hernandez will enforce the 14-month injunction. Hernandez had previously found the city in contempt for violating a court order he issued in June 2020 that prohibited police from using pepper spray and less-lethal launchers against people engaged in passive resistance.

Claire Rush is a corps member for the Associated Press/Report for America Statehouse News Initiative. Report for America is a nonprofit national service program that places journalists in local newsrooms to report on undercovered issues. Follow Claire on Twitter.