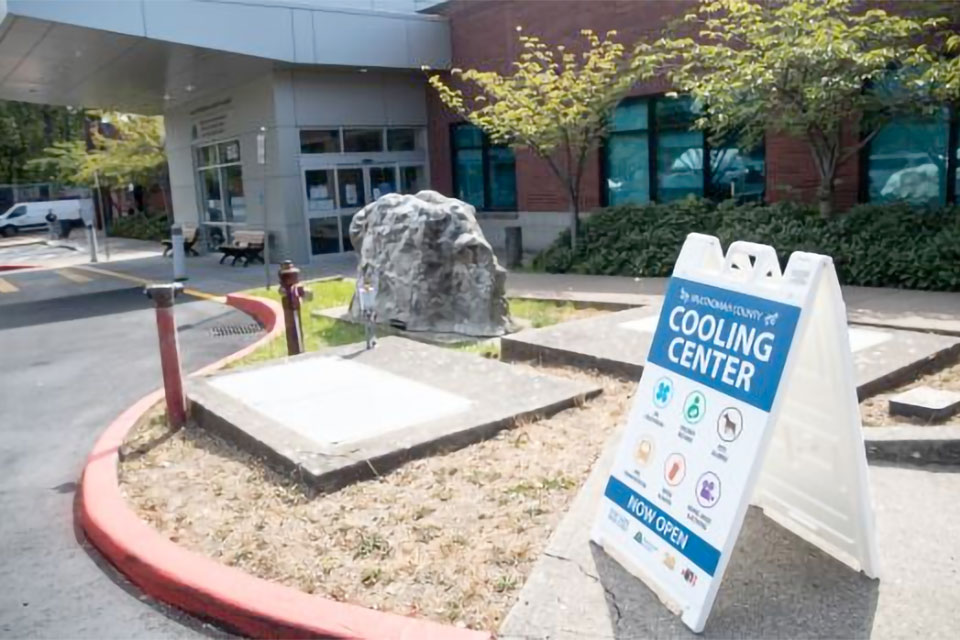 Daytime cooling centers and cooling spaces in Multnomah County will be available until the end of the heat advisory Thursday at 10 p.m., The Oregonian/OregonLive reported. The National Weather Service says overnight lows are expected to stay near 70 F (21.1 C), offering little relief.

A heat advisory has also been issued for much of the Puget Sound region in Washington state from Wednesday afternoon through Thursday at midnight, according to the National Weather Service, with temperatures expected to be in the 90s.

An excessive heat warning will also be in effect for areas along the Cascade foothills from the Washington border with Canada south to Lewis County in southwest Washington. Temperatures there could reach 100 F (21.1 C).

“Another concern we’re monitoring - fire danger will be high, particularly with the dry, hot, and unstable conditions WED - THU," the National Weather Service in Seattle said on Twitter. "Additional rounds of high fire danger will be possible as we remain warm and dry. Avoid activities that could cause a spark!”

The above-average temperatures come after the Pacific Northwest experienced a record six consecutive days of 90-plus degrees at the end of July. Officials in Oregon and Washington are investigating more than dozen deaths potentially caused by hot weather during that heat wave.

Climate change is fueling longer heat waves in the Pacific Northwest, a region where weeklong heat spells had been rare, according to climate experts.

Last year, about 800 people died in Oregon, Washington, and British Columbia during a heat wave in late June and early July. The temperature hit an all-time high of 116 F (46.7 C) in Portland.