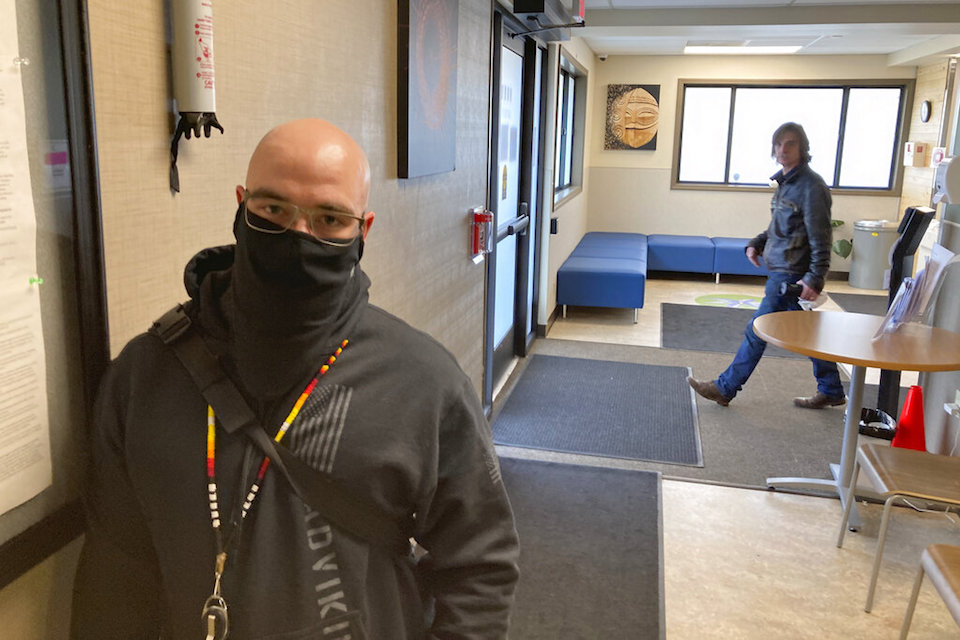 SALEM, Ore. (AP) — Oregon voters approved a ballot measure in 2020 to decriminalize hard drugs after being told it was a way to establish and fund addiction recovery centers that would offer people aid instead of incarceration.

Yet in the first year after the new approach took effect in February 2021, only 1% of people who received citations for possessing controlled substances asked for help via a new hotline.

With Oregon being the first state in America to decriminalize possession of personal-use amounts of heroin, methamphetamine, LSD, oxycodone and other drugs, its program is being watched as a potential model for other states.

Some are questioning whether the approach is proving too lenient, but others say the new system has already had a positive impact by redirecting millions of dollars into facilities to help those with drug dependency issues. The funds come from taxes generated by Oregon’s legal marijuana industry and savings from reductions in arrests, jail time and probation supervision.

Under Ballot Measure 110, possession of controlled substances is now a newly created Class E “violation," instead of a felony or misdemeanor.

It carries a maximum $100 fine, which can be waived if the person calls a hotline for a health assessment. The call can lead to addiction counseling and other services.

But out of roughly 2,000 citations issued by police in the year after decriminalization took effect, only 92 of the people who received them called the hotline by mid-February. And only 19 requested resources for services, said William Nunemann of Lines for Life, which runs the hotline.

Too early to judge result

Almost half of those who got citations failed to show up in court.

Sen. Floyd Prozanski, chair of the Oregon Senate’s Judiciary and Ballot Measure 110 Implementation Committee, said he's surprised more of those ticketed weren't taking advantage of the recovery options. Still, he believes it's too early to judge how the new approach is going.

“It’s a different model, at least for the U.S.,” Prozanski said, adding he'd want to wait at least another half-year before considering whether steps should be introduced to compel people to seek treatment.

Decriminalization advocates argued putting drug users in jail and giving them criminal records, which harms job and housing prospects, was not working.

“Punishing people and these punitive actions, all it does is saddle them with barriers and more stigma and more shame,” said Tera Hurst, executive director of Oregon Health Justice Recovery Alliance, which represents more than 75 community-based organizations and is focused on implementing Measure 110.

The Drug Policy Alliance spearheaded Oregon’s ballot measure. With no U.S. states to serve as examples, the New York-based group, which calls itself the leading organization in the U.S. promoting alternatives to the war on drugs, studied Portugal, which decriminalized drug possession in 2000.

Portugal's approach is more vigorous than Oregon's in getting people to treatment.

There, “dissuasion commissions” pressure anyone caught using drugs – even marijuana -- to seek treatment. Those pressure points include sanctions like fines, prohibiting drug users from visiting certain venues or from traveling abroad, seizure of personal property, community work and having to periodically report to health services or other places.

"We have seen that when people voluntarily access services when they are ready, they have much more successful outcomes,” Sutton said.

Some 16,000 people accessed services through the ballot measure’s “Access to Care” grants in the first year of decriminalization, according to the Oregon Health Authority.

Most — 60% — accessed “harm reduction services,” like syringe exchanges and overdose medications, the health authority said. Another 15% were assisted with housing needs and 12% obtained peer support. Only 0.85% entered treatment.

“The Oregon ballot initiative was presented to the public as pro-treatment but it has been a complete failure in that regard,” said Keith Humphreys, an addiction researcher and professor of psychiatry at Stanford University and former senior adviser in the White House Office of National Drug Control Policy.

Brian Pacheco of the Drug Policy Alliance, though, said people with drug problems need a range of options, including harm reduction services, housing assistance, peer support and, for those who can’t get insurance or Medicaid, access to treatment centers.

“Measure 110 funding has strengthened organizations in myriad ways, including getting mobile vehicles to provide services in communities, helped programs keep their doors open, and aided other organizations to purchase and distribute Naloxone (which reverses opioid overdose),” Pacheco said in an email.

The $31 million in grants distributed so far paid for thousands of doses of Naloxone, thousands of syringe exchanges, recovery housing, vehicles and the hiring of dozens of staffers for care centers, including recovery mentors, according to the health authority.

An example of where some of the money is going is Great Circle, a nonresidential treatment center in Salem owned by the Confederated Tribes of Grand Ronde, which was awarded a $590,055 grant.

On a recent day, two Salem police officers checked on a homeless woman who had been assaulted days earlier. Still bearing a black eye, she confided she had a drug problem and needed help. Police Lt. Treven Upkes called Great Circle to see if they could help. Bring her right over, he was told.

“Just the fact that they had an open door for us at the moment that someone was saying they were ready for help, that’s such an incredible step for us," Upkes said. “That’s the kind of thing that we would hope comes out of Measure 110.”

If the response had been to schedule an appointment two weeks down the road, Upkes noted he might have been unable to reconnect with the woman.

At Great Circle, a staff doctor and nurses check a person’s vital signs and do a urinalysis with an in-house lab. A nurse dispenses doses of methadone, which can relieve terrible “dope sick” symptoms a person in opioid withdrawal experiences.

Peer specialists like Nick Mull describe their own life experiences to those with substance abuse disorders, and inspire them. Mull’s parents were addicts and he fell into drug use himself at a young age.

“About six years ago, I got in some trouble and ... I started to want to change my life," said Mull, wearing a black hoodie and jeans. "So I just started doing treatment, more treatment and more treatment. I learned a lot.”

“What Nick brings to the work is a sense of hope,” Worth said. “And the patients who are struggling with where he was can see that hope is possible.”

But with so few people seeking help after receiving citations, the Legislature might need to consider requiring they do more than call a hotline or pay a small fine, Prozanski said.

Humphreys believes people should be pressured to seek treatment if they're committing crimes like shoplifting and burglary, but not if they're simply using drugs.

“It’s about the threats to public safety that some people pose because of their problematic drug use," Humphreys said. "And in those cases, pressuring people to seek treatment is absolutely legitimate.”

Oregon Secretary of State Shemia Fagan’s office will be auditing Oregon's program. Fagan said she has a personal interest: Her own mother had a lifelong battle with addiction and homelessness.