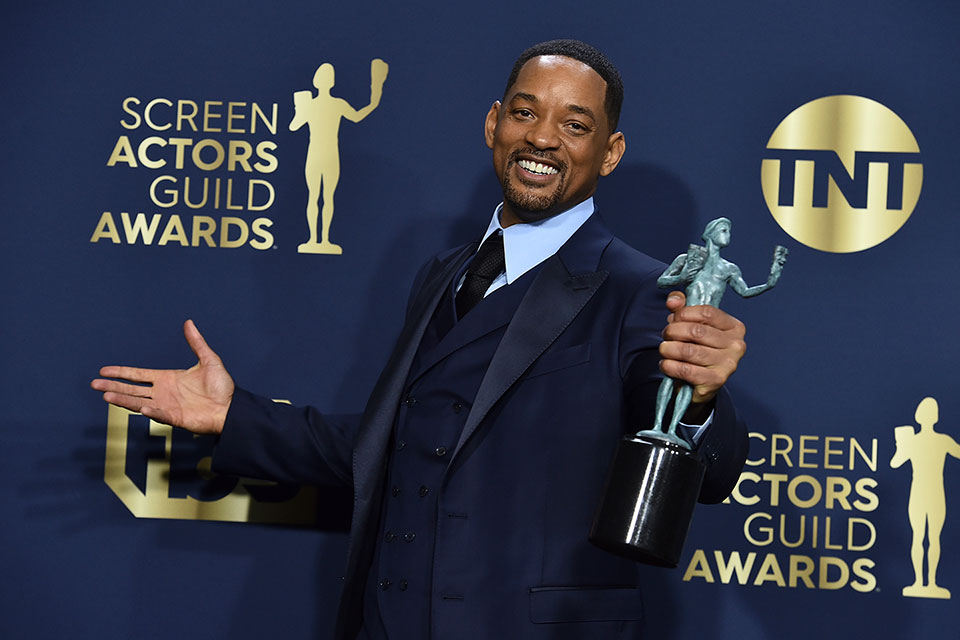 Presenters include Will Smith

Since the announcement of honorees on February 1, the Oscar committee has recognized a number of this year's Cinema Unbound Awards honorees and presenters with nominations. The full slate of award presenters is set: 2022 Oscar-nominated honorees and presenters include: Will Smith for King Richard (Best Picture and Best Actor Nominee - view trailer below) and Phil Lord & Chris Miller for The Mitchells vs. The Machines (Best Animated Feature), and Peter Lord for Robin Robin (Best Animated Short).

Portlanders will be able to experience the honorees work in person at matinee screenings as part of the Not Content To Be Contained: Work by the Cinema Unbound Awardees 2022 series at the Whitsell Auditorium inside the Portland Art Museum. Screenings include a sneak preview of Shirin Neshat’s latest work, Land of Dreams, and one of the only opportunities in the area to see King Richard on the big screen. Alongside work by the honorees, upcoming artists who participated in the Northwest Film Center’s Sustainability Labs will show their work during pay-what-you-wish community screenings.

As one of the few major art museums in the U.S. with a symbiotic film and new media center, Portland Art Museum and Northwest Film Center are uniquely positioned to present this award honoring cinematic storytellers who use their creative vision to challenge for whom, by whom, and how stories can be told. The awards celebrate those who strive to think bigger, try new things, and continue to push forward to transform the field and the world.

“Presenting the Cinema Unbound Awards now more than ever reflects the new ethos of the Northwest Film Center.

"Like the incredible folks we are honoring, we find ourselves unbound—and in a position to leap forward into an untold tomorrow unleashed from past expectations of what can or has or should be,” said Amy Dotson, Northwest Film director. “By honoring each of them as individuals, we shine a light not just on their artistic contributions, but perhaps more importantly, acknowledging the undefinable and complex journey each has taken to create—and create change.”

Tickets can be purchased here. Screen films by the presenters here.