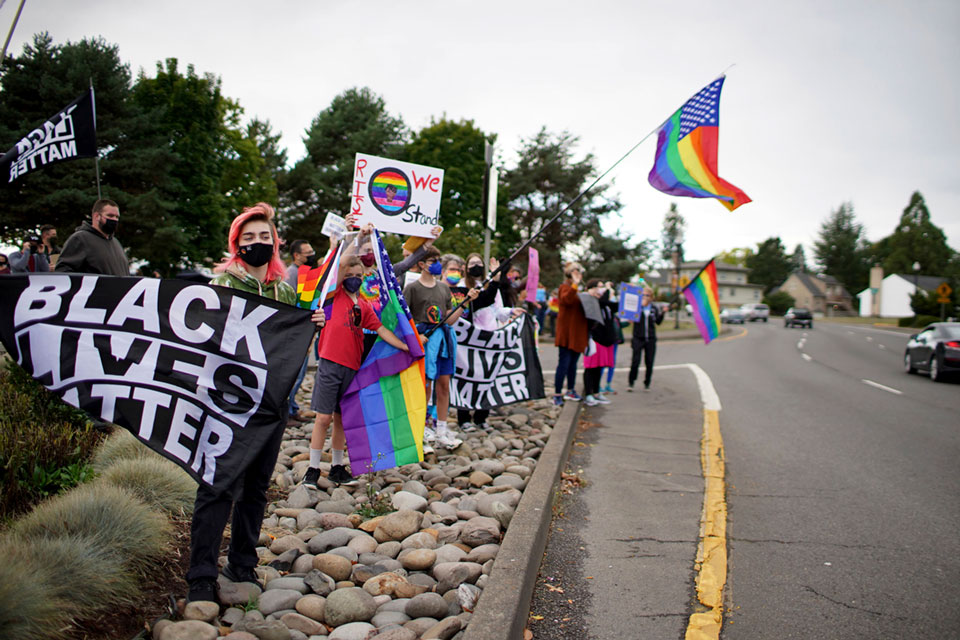 SALEM, Ore. (AP) — A school board in Oregon that recently banned teachers from displaying symbols including those supporting gay pride and Black Lives Matter has abruptly fired the superintendent, deeply upsetting members who opposed the move.

The escalating disputes in the Newberg School Board come as schools nationwide have become battlegrounds, with arguments over vaccine and mask mandates, how racism is addressed in teaching, instruction related to sexuality and gender-neutral bathrooms. 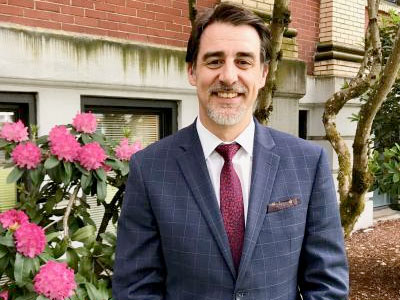 Newberg School District Superintentent Joe MorelockAfter Superintendent Joe Morelock was fired in a Zoom meeting late Tuesday night, board member Brandy Penner said Wednesday she believes the conservative board members fired Morelock because he didn’t aggressively implement their ban on controversial symbols, adding that the policy didn’t define what symbols would be unacceptable.

Rebecca Piros — one of three who opposed his firing — told Morelock she was sorry.

Morelock replied: “Just remember that from the darkest dark comes the brightest light, so everything will work out eventually." Piros broke down in tears when she heard those words.

On Wednesday, some residents of Newberg, a town of 23,000 situated 25 miles (40 kilometers) southwest of Portland, erected signs quoting Morelock's reply to Piros. Newberg Equity in Education, a group composed mostly of parents who oppose the school board’s recent rightward tilt, planned a demonstration Thursday at the school district office.

The four conservative board members offered no explanation as they summarily fired Morelock, giving him 10 days left on the job.

The superintendent's advisory cabinet, composed of administrators across the school district, quickly objected, saying they were "shocked and dismayed that the board would take this disruptive action in the middle of the school year.”

They described Morelock as a tireless advocate for the schools, noting that he took over as interim superintendent in 2018 “with the district in significant financial difficulty after having to lay off staff.”

“Under his leadership, new contracts with our associations brought better pay to teachers and staff, more educational school days for our students, a stabilized financial situation with a safety net of over $9 million in the ending fund balance, and the passage of the largest construction bond in the history of Newberg Public Schools,” the administrators said.

Attempts to reach Morelock for comment were referred to the school district spokesman, who did not immediately return phone calls.

The teachers union in Newberg denounced Morelock's termination as “yet another example of a board majority bringing instability to our schools.”

The Newberg Education Association union has already filed a lawsuit over a policy passed by the conservative school board members that limits what kinds of images or signs school employees can display on campus. The board initially passed a rule banning school staff from displaying Black Lives Matter and gay pride symbols, but then expanded it to all political or controversial signs and symbols after being advised the first rule wouldn't survive a legal challenge.

In Tuesday night's meeting, board member Penner called the conservative members “cowards” and predicted they'd be sued for firing Morelock. She also pointed out that Morelock would be receiving his salary for a year and that an interim superintendent will now need to be hired.

“So we'll be paying for two superintendents and the financial and legal liabilities to the district are endless,” she said.

Newberg Mayor Rick Rogers has previously told the four conservative board members their actions can hurt the town, which features a dozen wine tasting rooms and a university founded by Quakers.

“While you may believe your actions only affect the school district, please know in truth your actions impact us all. To thrive, Newberg must be welcoming to all,” he wrote.