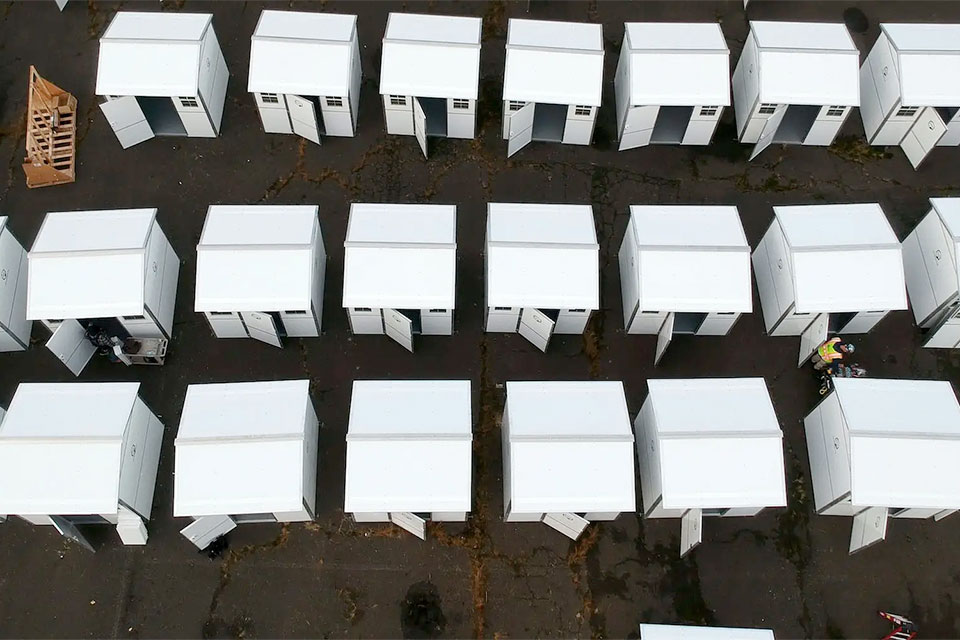 UPDATE: On Wednesday, October 6, Portland city leaders said one of the new sites announced in the story below will be scrapped because it sits on a flood plain.

He announced the downtown, Brentwood-Darlington and Hazelwood locations on Thursday. He said the sites are a critical response to the “humanitarian crisis” unfolding on Portland’s streets.

These new locations are noted with blue markers on the map below.

While there hasn't been an official count of Portland’s homeless population since 2019, encampments appear to have proliferated during the pandemic.

These villages will be outdoor shelters where people experiencing homelessness can safely stay and receive basic services. Showers, beds, bathrooms and support services including case management and mental health support will be offered.

Ryan, who oversees the city-side of the Joint Office of Homeless Services, emphasized that each village will be fenced with each individual possessing their own “sleeping pod.” Combined, the city expects the three sites to host about 120 people.

“We can’t wait for affordable housing to be ready for every houseless person," Ryan told reporters Thursday.

Ryan announced his plan for the villages this summer, which he said could be funded by about $16 million from the federal money the city received through the American Rescue Plan.

Read an update to this story here.