“Learning Differently from the Way Our Schooling is Handed to Us” 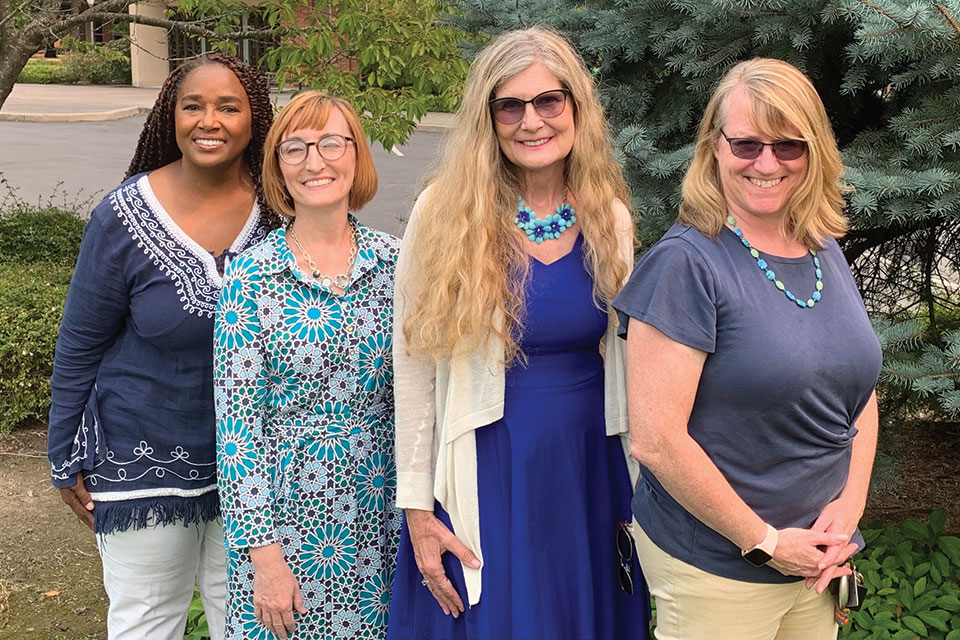 At Marylhurst Commons in Lake Oswego sits a learning center that doesn’t offer tutoring or diagnose learning disabilities, nor does it prescribe medication. It does, however, help students age seven and above find out how they process information, so that they can complete a customized 24-week course with specialized instructors.

"These are symptoms of us learning differently from the way our schooling is handed to us.”

Clients begin with a Multiple Abilities Profile (MAP) assessment “that tells you how your brain is receiving information, how it’s storing the information and what you do with it,” Smith said.

Clients are often students who have been criticized by teachers and parents for not paying attention, refusing to follow instructions and being fidgety or hyper-active. Or they may be adults and seniors who have suffered a stroke or a concussion, or who have made it through their academic lives, perhaps even advanced education, only to find themselves failing to thrive in their professions.

“I went through a period where I had a lot of nurses as students,”

executive director Susan Leckband told The Skanner. “It makes sense, because nurses are very right-brained people, they’re empathetic, they help people. But when you have a processing disorder or a processing challenge with a nurse, you have to be able to determine, ‘Is this (dosage) 10 ccs? Is this 0.1 ccs?’ You can’t have those dyslexic transpositions at all. The drug names, a lot of them sound the same, and when you’re in a stressful situation, it can come crashing at you.”

In its 37 years, HELP has also aided school children who struggled with what were ostensibly basic skills, like listening and early reading. The leadership at HELP both came to the not-for-profit organization in the same way: through their 8-year-old sons.

Leckband’s son Doug was not reading or writing when Leckband tried to have him assessed.

But after an intense two-day battery of tests at OHSU’s Doernbecher Children’s Hospital, Leckband left with no diagnosis and the suggestion she try putting her son on Ritalin.

That didn’t seem right to Leckband.

“For his brain to work he needs to be fidgeting or moving,” Leckband said. “We made him a little bench, a little step underneath his desk so he could push against it with his feet, so he wasn’t swinging his legs and disturbing people in class, and that worked really well.”

Her friend, an assistant principal at a local middle school, suggested the HELP program at Marylhurst.

“I brought him over here, we did the testing, and I found out that his auditory and his visual processing were not where they should be,” Leckband said. “So he couldn't remember what he had seen, which explained the reading part. He didn’t have any sight-words that he could hold onto. If he saw the word ‘dog’ in a sentence and then ‘dog’ was surrounded by other words in another sentence, it basically became an all-new word because it didn’t look the same to him.

“He didn’t have the auditory sequencing down, so if the teacher said ‘Do the odd problems and skip the even problems,’ he might do the opposite, then get in trouble because obviously he’s not listening. Their response was to take away music, recess and P.E.” -- the few outlets he had during his school day.

Things made much more sense at HELP.

“Basically what we do is we work on integration

"Getting that right side, which is that creative side, the side that finds everything interesting, the side that sometimes gets us into trouble because we find everything interesting -- and integrate it with the left side,” Leckband explained. “We do a bunch of exercises that are physical in nature, they’re cross-body, so we’re getting the two sides to communicate with each other. It’s got an auditory piece, it’s got a visual piece, it’s got a verbal piece, it’s got a kinesthetic piece, it’s got a cognitive piece, so all those things together develop these new bridges between the two sides of the brain, which then allow you to keep the wonderful special right side of the brain, and be able to manage the organization, keep things in order, like the word ‘dog.’ It helps with dyslexia, too -- we have a lot of dyslexic people who come here.” 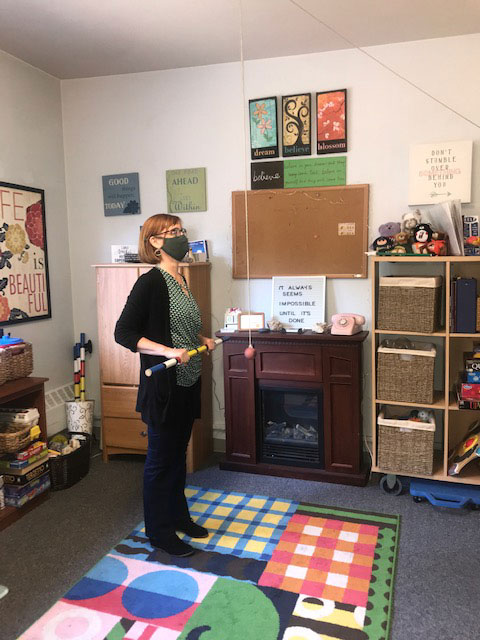 Within a year, she said, Doug had gone from struggling with simple sentences to reading the Harry Potter series of books. Leckband was so impressed she began to volunteer at HELP, and never left.

Smith heard from a series of her son’s teachers that AJ was failing to absorb math facts, and that he appeared unable to follow what to them was a simple list of instructions.

She too had him assessed in a similar program to Doernbecher’s, and recalls watching through the window as AJ gave her the thumbs-up after answering questions.

A friend of the family told her about HELP, where the MAP assessment rated AJ’s auditory processing at a low level, and was unable to even give him a score in concentration.

Smith enrolled her son in the program immediately.

“You can come out of HELP and be able to go and get better grades,” Smith said. “My son eventually did that, but it was the changes that we saw -- and that we always expect the parents and people around them to notice -- like hey, maybe they’re not leaving the milk out anymore, after you’ve been beating your head against the wall saying, ‘Why do you leave the milk out all night?’ You have to look for those differences that are occurring, because that’s how the brain works. That’s how you can see that the changes are being made. And then eventually, it does show up. With my son, it took about eight months. I remember he was going from maybe third to fourth grade, and I had given the new teacher this whole portfolio like expect this, expect that….

When she started teaching him, I came back for a conference, and she said, ‘I don’t know what you’re talking about. He does fine, I tell him a list of things and he comes back with the proper order. He passed his tests.’ She didn’t think he needed an (Individualized Education Plan).”

Both Doug and AJ ended up attending college.

Smith, who has a masters of science in education, doesn’t blame teachers for failing to recognize and respond to different processing styles.

“The reason I didn’t choose working for a district with my degree is because I learned earlier on in life that I like working one-on-one with students,” she said. “And school districts don’t allow it. I can’t pay attention to who needs me more, and who needs more of a challenge. (Educators) have to teach 30 people and move them on.”

HELP survived Marylhurst University’s closing and the challenges the pandemic presented in 2020. By moving their programming online they have been able to serve clients who have gone to college out-of-state, as well as attracting new clients on the East Coast and Canada.

But Smith’s vision as assistant director, she says, is to reach more diverse populations.

“I felt that we hadn’t tapped into all the areas of people that we could be helping,” she said. “And a tough part of that is making sure that we reach everybody. We’re trying to make sure that we build our scholarship base. Because we cannot and do not diagnose, insurance companies do not support us.”

HELP does not take age or academic grades into account when awarding scholarships, she said.

Leckband and Smith emphasized that the MAP assessment is open to anyone, even those who do not plan to enroll at HELP. They have kept the price of the assessment at $98 for many years, sometimes with seasonal discounts, because they feel it is a useful tool to anyone who wants to understand how they learn.

The assessment is a series of tests on a computer, followed by a session with an instructor who explains the results in detail.

“To come in and just take the MAP assessment does not make you join our program, but boy do you leave with some information about how you’ve been processing information for years,” Smith said.