A Reminder: Delta Park is Vanport 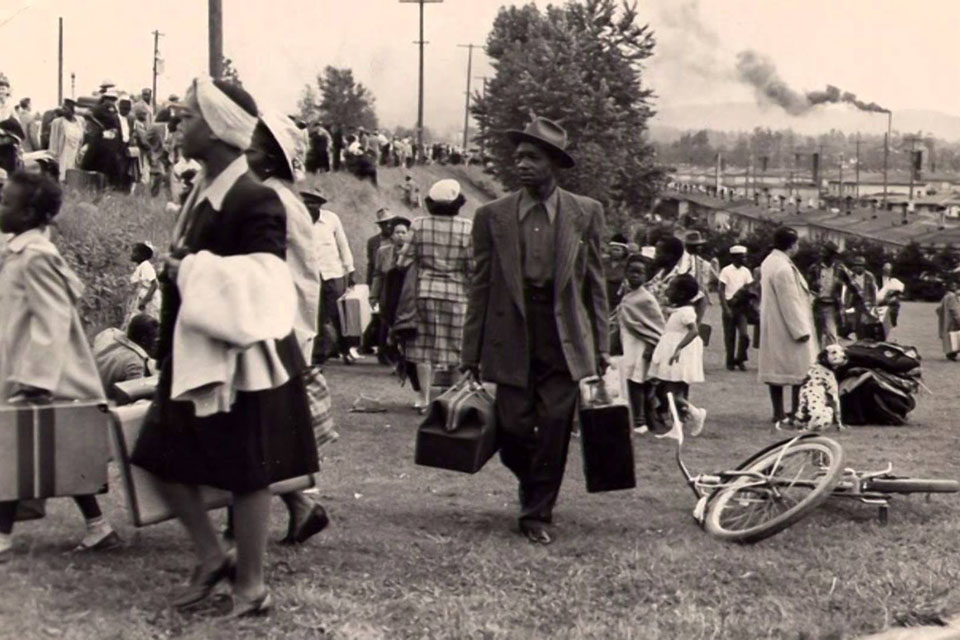 A number of far-right groups are planning to converge on Delta Park, the former site of the city of Vanport, this Saturday, September 26.

Multnomah County Board of Commissioners, in a new release said, "It is particularly appalling that they have chosen the historic site of Vanport City, which was home to a significant portion of Portland’s Black population, as the site for this weekend’s rally. These groups also continue to demonize those who offer a multicultural perspective of history. It is not unpatriotic or un-American to have a just and equitable vision for our future. These types of divisive and provocative tactics are as old as Joseph McCarthy, George Wallace and Richard Nixon, and our community deserves better."

As a reminder of the history of the city of Vanport, Oregon's forgotten city, below are stories and videos produced by The Skanner over the years, with community engagement:

Vanport was a quickly constructed workforce housing town built for the workers at Kaiser Shipyards during World War II. The town housed over 40,000 people at its peak and had schools, a post office, a movie theater, a library and a hospital. Read the story.

Nearly 12 hours later, residents were running for higher ground. The dike at Smith Lake had failed and now the entire town, nearly 15 feet below the level of the Columbia River, was rapidly filling with water. It was a day Regina Johnson Flowers and Edward Washington, as well as about 17,000 other residents, would never forget.

Built in a matter of months, the city of Vanport  was destroyed in a matter of minutes. Nearly 60 years ago, on what is now Delta Park, sat the homes, schools, stores and lives of thousands of Black and White families. At its height in November 1944, Vanport, Ore. was home to about 26,656 Whites and 5,808 Blacks. It is a town that has now been largely forgotten, if not for the memories, pictures and records of its 5-year intercultural existence. They had integrated schools, recreation facilities and public places, but segregated apartment units. Read more.

Lessons from Vanport: We Are All Survivors

I am one of the survivors of the Vanport Flood. It is with great appreciation that I am delighted to read so many articles, or attend events, that speak about a city so forgotten.

I feel that this awakening of Vanport has caused people to take a look at this lost city, wanting to be educated historically, and listen with great anticipation the stories of those that helped write the pages of history in Vanport.

So I have learned that every story told is important.

Every encounter shared, helps to make the puzzle complete. And that is why I share my piece willingly. Read Vanport survivor Laura Ann Howard's story.

As the child of immigrants growing up in a predominantly White neighborhood, I was force-fed an untrue story and shame was sewed early into my identity.

Learning about Vanport now has been akin to an adopted child finding a piece of their true identity.

Last spring, The Skanner Foundation released “The Wake of Vanport,” a very informative documentary about the incident composed of the riveting recollections of survivors of the Memorial Day disaster. Now we have “The Wake of Vanport 2,” the second installment in the ongoing historical project designed to preserve exactly what transpired that fateful afternoon from a variety of different perspectives. Read the review, and view the trailer.