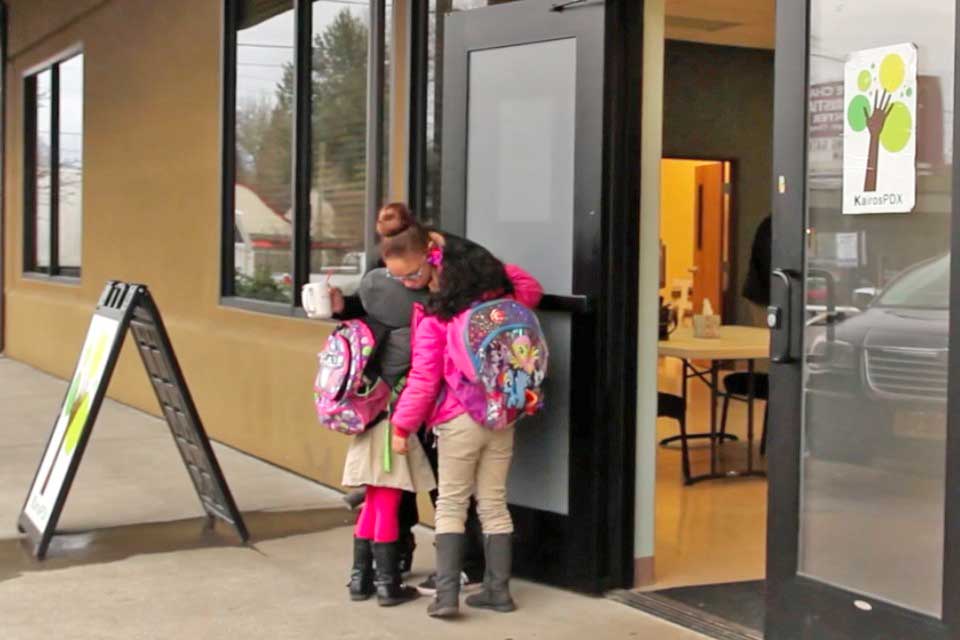 With another school year come and gone, Portland’s predominantly Black charter school KairosPDX is facing an uncertain future once again surrounding its building, on loan from Portland Public Schools.

In a recent press release, the charter called PPS’s lack of action “an assault on Black achievement.”

Last fall, Portland Public Schools proposed a new policy that would redraw boundaries and make way for major changes. Among them, the historically Black Harriet Tubman Middle School would re-open and several existing K-8 schools would be converted into K-5 schools.

In the reshuffling, KairosPDX – a K-5 charter that serves primarily children of color – was to lose its building in the historically Black neighborhood of Northeast Portland.

In its place would be ACCESS Academy, an alternative school for predominately white gifted children, leaving the charter without a home.

Met with fierce community backlash – including from both Mayor Ted Wheeler and ACCESS itself, who claimed the building was too small for its needs – PPS reversed its decision and it looked as though KairosPDX would stay put.

Now, the charter says Portland Public Schools is reneging on its commitment to let it keep its building. The district has granted KairosPDX a mere one-year extension on its lease, after the charter asked for five years, creating a state of limbo for students and staff.

“PPS has been extremely silent in terms of responding to our questions about renegotiating our lease,” Lakeeyscia Griffin, KairosPDX communications coordinator, told The Skanner. She added that the charter began reaching out to the district already six months ago and has received little to no response.

The Skanner reached out to PPS for a comment and it offered the following by email: “PPS appreciates the important work Kairos does as a charter school for our community in educating students who historically have been underserved. We look forward to finalizing a new one-year lease agreement in support of this work as our district works to address a significant shortage of space to serve all of the students in our district.”

It made no reference to offering KairosPDX more long-term support.

Moreover, PPS has increased KairosPDX’s rent by 33 percent and gave the charter only 30 days notice.

“The added burden of costs and the lack of response in this partnership is just really disappointing to us,” said Griffin. “The continuous need to renegotiate the lease each year just feels as if (PPS) is not in support of our mission.”

African American children remain underserved and the lowest performing demographic in the district – a statistic KairosPDX has been trying to improve.

The charter school was opened in 2013 by Kali Ladd, Marsha Williams, Zalika Gardner, and Kaaren Heikes with the goal of improving academic outcomes of young Black students.

Throughout the district, KairosPDX has been solo in its approach by placing emphasis on Black history and teaching an Afro-centric curriculum. In its press release, the charter said that “KairosPDX’s students are outperforming children in the district.”

It added that “PPS’s disruption of the KairosPDX program speaks loudly to their detached and apathetic approach to Black student success.”