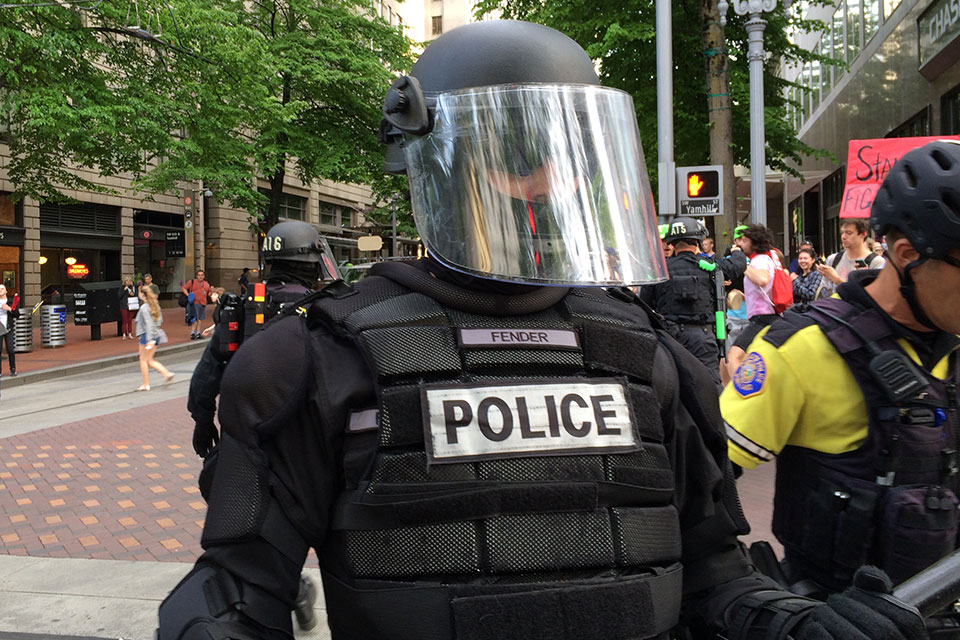 An Oregon Department of Justice webpage meant to document law enforcement use-of-force incidents around the state contains significant factual errors -- and a spokesperson for the department told The Skanner that the department has no responsibility to keep accurate information on its database.

According to the page, titled simply “Published Reports,” Aaron Campbell pulled a gun on Portland Police officers before being shot by Officer Ronald Frashour in 2010.

In fact Campbell was unarmed when he was killed, after police were called for a welfare check on his apartment. The case resulted in a $1.2 million settlement against the City of Portland.

The database also says that Keaton Otis “reached into the car for a gun” when in fact he was shot by multiple officers without ever removing his seat belt. He was never outside his vehicle.

DOJ spokesperson Kristina Edmunson said this week that the database is built on a self-uploading system and that DOJ staff does not fact-check the information.

“Each local law enforcement agency is responsible under statute for sending information on an officer involved shooting to Oregon DOJ. There’s a fillable form on our website. Once an agency submits the form, we do a very cursory review of the information, but we do not review it for accuracy. We then publish all of the reports we receive to our website (cut and paste).”

Asked whether there was a plan to correct it, Edmunson wrote only, “We do a very cursory review, but we do not confirm what people have submitted.”

It remains unclear how the factual errors will be fixed or if there is even a process; Edmunson failed to answer a list of questions on the database and would not consent to an interview.

The first time The Skanner reported on SB 111 (2007), Department of Justice officials said they literally did not realize the law existed.

Two years ago, when The Skanner re-visited the law, officials admitted they did not have the money to evaluate the use of force incidents and instead of sending them to the DOJ, they were being forwarded to the uniform death statistics office.

Watchdog group Portland Copwatch first alerted the public to the current errors in a letter to the DOJ in May and published online.

The Skanner, in cooperation with Portland Copwatch, has for the third time created a Law Enforcement Use of Force Map using data on the incidents collected independently of the Department of Justice, from 2010-2017.

Meanwhile, the City of Portland’s Independent Police Review division has also published a database without errors, check it out here.

Copwatch’s detailed list of errors on the site include:

For more information on Portland Copwatch call 503-236-3065 or email copwatch@portlandcopwatch.org.

UPDATE: Read the Oregon DOJ response and other updates since the publication of this report.