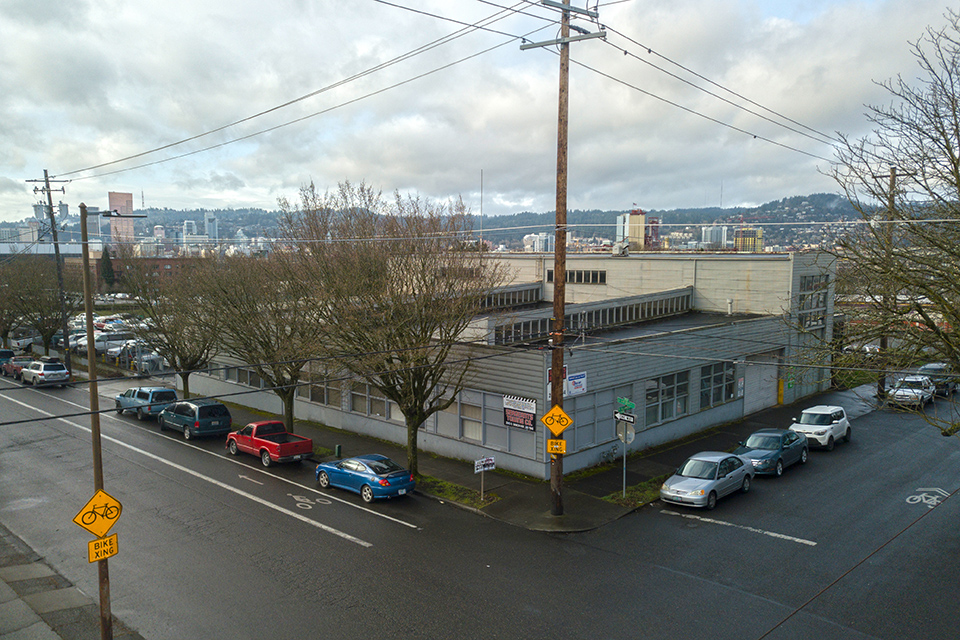 The state’s second largest foundation, which manages an $800 million endowment created by grocery-chain founder Fred Meyer, has announced its purchase of a 25,000-square-foot lot at the intersection of North Tillamook and Vancouver. Foundation CEO Doug Stamm, who retires at the end of April, said the organization will move into the new spot in March 2020.

Public records say the lot sold for $4.9 million in January. Foundation CEO Doug Stamm said Meyer’s lease at its long-term office is coming to an end, and higher-ups started looking for a new location to house its increased staff. When Stamm started 16 years ago, the foundation employed 11 people, it now employs 43.

The 25,000-square-foot site currently hosts Sergeant’s Towing, which had owned the property since 2000.

“We think it’ll be an improvement over a tow yard,” Stamm said. “Not too many people show up at the tow yard very happy, I can tell you that.”

Meyer has engaged the development firm Project^ and is in discussions with an architect. The foundation is also talking with community partners about what the end result should look like.

Anyeley Hallová, a partner at Project^, said the site was chosen partly for its proximity to transit and the availability of parking for partners driving in from elsewhere in the state. She also said Stamm and others stressed the importance of developing a site that wouldn’t displace anyone from their homes.

“The conversation we’ve had has been less about what is on site but with Meyer being there, how that can be a positive contributor to the neighborhood,” Hallová said.

Stamm said the organization has reached out to community partners representing organizations in the neighborhood – including Self Enhancement Inc., Portland Community Reinvestment Initiatives and the Urban League – to talk about ways to develop the space so it benefits the neighborhood. For example, Stamm said officials floated the idea of having a “convening space” available for community meetings, but said the organization won’t do it if it takes business away from other facilities.

Stamm also wants the new building to blend with some of the older buildings in the Albina neighborhood, which was initially developed in the 1910s and 1920s but has, in the last five to 10 years, undergone a wave of new construction. He doesn’t want the finished product to be more than three stories tall, and said some of the preliminary drawings even have residential-style gables.

“When Doug reached out to me to talk about this, I said, ‘I think this is phenomenal, but make sure that folks understand a few things. You could have gone anywhere. You chose to come here. There’s plenty of space in the Pearl and they would have been just as happy to have you continue to stay resident there,’” said Michael Alexander, who has served as a volunteer community liaison and advisor for Meyer on the project. “But I believe that the decision that’s made here is because the work that gets done here is important to the foundation -- being able not only to support the work but to become an institutional partner in that work was important.”

Hallová said Meyer has also reached out to the National Association of Minority Contractors and Portland’s Metropolitan Contractor Improvement Partnership with the intention of engaging minority-owned contractors on the project.

According to Stamm, Sergeant will remain on the lot until this fall, and construction will run through 2019. Meyer spokesperson Kimberly A.C. Wilson, said the total budget for the project has not been set since the organization has not settled on a design.

Stamm said the purchase and relocation is also part of an “equity journey” Meyer embarked on five to seven years ago. The organization’s board of trustees, staff and leadership team are now predominantly people of color. Meyer has also selected an African American woman to succeed Stamm. Michelle J. DePass, who most recently served as the New School's Milano School of International Affairs, Management, and Urban Policy in New York City, takes the helm of the organization April 30.