James Manning is on a Mission 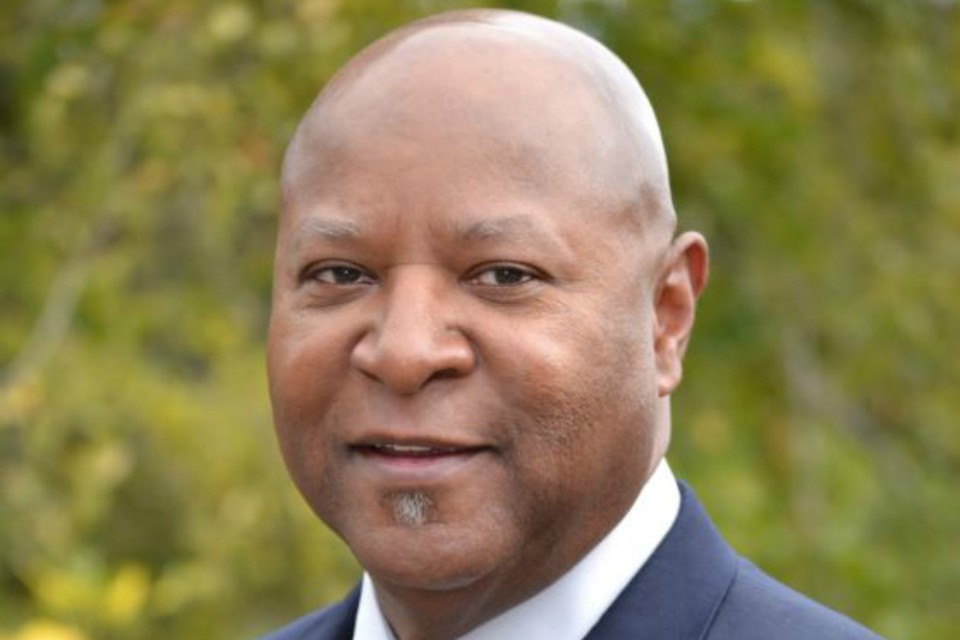 After closing out a 24-year career in the U.S. military, James Manning took the path less traveled. Instead of slowing down, he went into politics.

A native of St. Louis, Missouri, the Oregon state senator had been living in Fort Lewis, Wash., when he retired from the army in 2007. He and his wife Lawanda relocated to Eugene, where he took a job as an assistant plant manager at Weyerhaeuser, a woodworking supply company.

But as someone who never felt content with just getting the job done, Manning looked to his community as the next frontier. He volunteered for Eugene’s Homeowners Association and became its president for six years; and as a certified mediator – a credit he earned through the department of defense – he started offering volunteer mediation for the Lane County Circuit Court, where he mediated over 300 sessions.

Before joining the military in 1983, Manning’s professional career began as a state corrections officer and eventually a police officer. Decades later, after settling in Eugene, he noticed an opening on the city’s police commission.  He applied and served for six years, where he chaired its Outreach Resources Committee and co-chaired the Gang Awareness Planning Committee.

It was around this time that Manning was appointed to the Oregon Commission on Black Affairs by then-Gov. John Kitzhaber; he was later re-appointed by Gov. Kate Brown. In 2016, during his last term with the commission, he ran for the House seat in District 14, but lost the race to Julie Fahey in the May primary.

The defeat didn’t ruffle Manning’s feathers, however. Months later, he got wind of another opportunity: Oregon State Sen. Chris Edwards would be resigning from his position in District 7 – Manning’s district. The county needed someone to fill his shoes.

Winning by a three-to-two vote, Manning was appointed in December 2016 by the Lane County Board of Commissioners as the new Democrat state senator for Northwest Eugene and Junction City.

Though Manning admits “it never crossed my mind” to become a state senator, he told The Skanner, “I really enjoy myself here because I stay grounded and focused on the mission. And that is to make sure I’m looking out for my constituents and veterans. It’s an amazing place to work.”

Oregon State Sen. Lew Frederick said he’s not surprised by his colleague’s turn into politics. As he sees it, Manning’s military and law enforcement background – coupled by his leadership within various nonprofits and committees – has groomed him for the state legislature.

“The key is how he brings all those things together while knowing when to insert himself,” said Frederick. “He also knows when to ask questions. I’m enjoying having him here.”

Manning, too, said his approach to the state legislature has indeed been informed by his army days. “Through my military career, I’ve learned you don’t come in and try to inject changes,” he said. “You sit back and then you develop your own strategies.”

With healthcare pegged as his top priority, Manning recently got the opportunity to share his vision – a single-payer healthcare system that covers Washington, Oregon, California and Hawaii – during the Western Legislative Academy, which he attended in Colorado Springs last year alongside lawmakers from 13 western states.

Housing is another issue, but he’s wary when tossing around the term “affordable housing,” calling it far too relative. He would rather align his goals with building low- to moderate-income housing, while seeing to it that first-time homeowners can build equity while they rent-to-own.

For him, the American dream still means owning your own property.

“I want to make sure people  have that opportunity,” said Manning, who is the fifth of nine children.

Manning was the first in his family to graduate from high school as well as attend college, where he earned an associates degree  in law enforcement from the historically Black Lincoln University in Jefferson City, Missouri. During his time in the military, he completed his bachelors in criminal justice and a masters in organizational leadership.

He was recently working towards a doctorate too, but put that on hold since becoming a state senator.

At 64, Manning shows no signs of stopping. In addition to being a member of Bethel School District Budget Committee, he and his wife founded the Oregon Black Education Foundation seven years ago. With Manning as president and his wife as treasurer, the foundation provides scholarships to under-served and low-income students, averaging roughly 10 awards per year.

Of visiting Oregon’s alternative high schools, Manning said, “If those students want to continue their education or seek a trade, somebody needs to step up and help them out. I really feel like doing that for them. It’s really a great enjoyment.”

He told The Skanner that he’ll be running for his seat again in the primary.

Manning is confident in his efforts.

“I think the good Lord has groomed me for this… I take it very seriously because it’s a huge responsibility,” he said, adding that he takes calls with constituents at all hours of the day and actively meets with business owners and neighborhood associations.

“If you don’t have an open-door policy – where you’re really open to people – then you can’t establish relationships,” he said. “And this job is all about relationship building.”