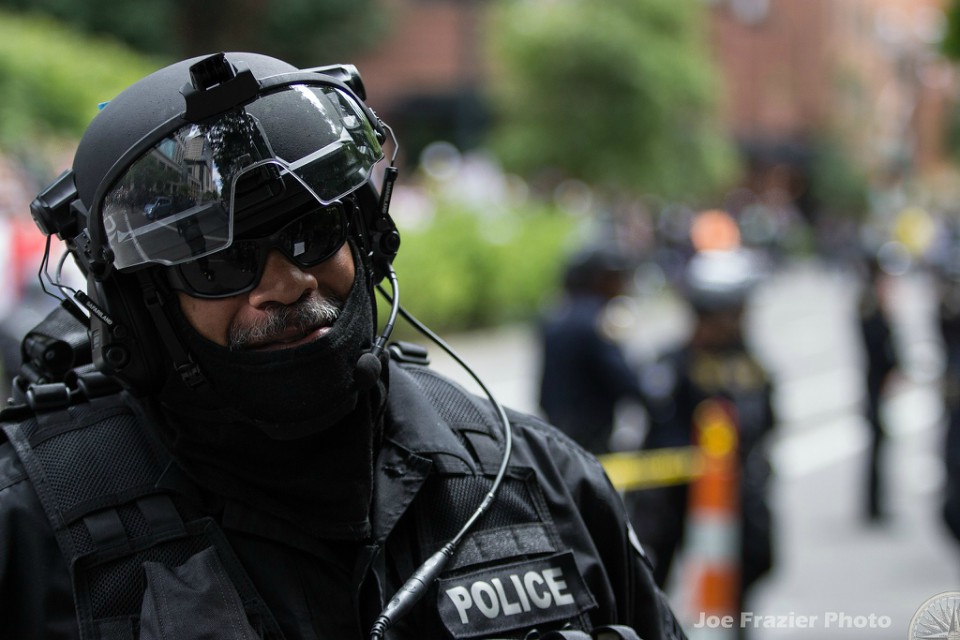 A new bill to be introduced during the legislative short session next month is asking for all Oregon police officers to take a closer look inward – at their mental welfare.

As it’s drafted, the measure states that a law enforcement officer must meet with a mental health professional – be it a psychologist or counselor – at least once every two years.

“All I am suggesting is that we create a wellness situation where an officer gets a chance to talk,” said State Sen. Lew Frederick, who initiated the bill.

His new legislation is largely an amendment to an existing law that says cops involved in incidents of deadly force, which result in death, are required to meet at least twice with a mental health professional, paid for by the agency.

This bill will change that to all officers, regardless of incidence.

Frederick said that the culture of police tends to be “nothing affects me.” Yet under their hard exteriors, anxiety and aggression can be triggered by past trauma on the job.

“Police are coming from a military background. They think they’re in combat or under siege,” Frederick told The Skanner last fall while the bill was still in gestation.

He cited the now-infamous Utah hospital incident last September where an aggressive officer with the Salt Lake City Police Department broke protocol and wrongfully arrested a nurse after she refused to draw blood from a comatose patient, as is hospital policy.

‘Checking in’ or adding to stigma?

By requiring all officers to attend visits – described in the bill as “not a mental health evaluation” – the senator hopes it will decrease the stigma of therapy and provide a nurturing “check in” to unload potential stressors that could turn into incidents if gone unchecked.

“Police officers often deal with some of the worst situations in our culture,” Frederick told The Skanner this week. “And because of that they likely encounter situations that may cause over time – or maybe right away – a need to talk to someone about it.

"We know they have a tough job and they are often very tough people, but they are in fact people.

“So, this bill presumes, as people, they’re going to be struggling with things as well and it’s always a good idea for folks to get a chance to talk with someone confidentially,” Frederick continued.

Others see it a little differently.

“There’s no sense that I have that (this bill) would be beneficial,” said Jason Renaud, coordinator of the Oregon Law & Mental Health Conference and board officer of the Mental Health Association of Portland.

Renaud said there are plenty of police officers who are mentally well, healthy and resilient – and it’s important to remember that those who do seek help can recover and return to the force. In fact, he noted, to assume that police officers regularly need mental health visits only perpetuates the stigma of an out-of-control, mentally ill cop.

Moreover, “Police officers have excellent health care insurance and they have access to psychiatric and psychological care,” added Renaud.

That’s true for some police departments, like the Portland Police Bureau, whose health insurance plans cover mental health services through a referral and a $10 to $20 co-pay.

Most officer labor unions too, such as the Portland Police Association, have access to an Employee Assistance Program, which provides eight free counseling sessions to its members and their families annually. The program also offers critical incidence debriefing services for both groups or individual officers.

To cut costs, Frederick has suggested that the required biennial visits, as outlined in his bill, could be tied to these very services which are already in place.

The Skanner reached out to the Portland Police Association for a comment regarding the new bill. Its president Daryl Turner responded by saying he was waiting to discuss the legislation with Sen. Frederick before he could weigh in.

Yet even with existing health care plans for officers, in rural Oregon, resources, funds and access to mental health services are scarce – whether for police or civilians.

Ron Louie should know. He was the chief of the Astoria Police Department, from 1987 to 1992, where budgets were extremely tight, he said. From Astoria, he relocated to Hillsboro where he served as chief until 2007.

Louie recalled the “massive difference between accessibility” from rural to metro police departments. And even in Hillsboro, now the fifth-largest city in the state, Louie would have to send his officers to Portland if they needed mental health care.

“Think of the incredible logistics of this,” he told The Skanner, referring to both the cost and the geographical barriers in meeting the bill’s requirements.

Now retired from the force, Louie is an adjunct faculty member of the criminology and criminal justice department at Portland State University. He said he’s concerned with the negative connotation that “mental health” implies towards officers.

He prefers the term “mindfulness,” a process that’s been trending in psychology and meditation circles in recent years. It works by bringing one's attention to the present moment to improve mental wellbeing.
“Instead of looking at police as having mental health issues, disorder or injuries, why not strengthen their resilience -- which is what mindfulness does,” continued Louie.

But mindfulness-based training is not entirely new within law enforcement.

Since 2014, police Lieutenant Richard Goerling with the Hillsboro Police Department has been teaching mindfulness to his officers, and has even brought his workshops to first responders across the country.

As a colleague of Goerling at PSU, Louie is on board with the lieutenant’s teachings. Moreover, he noted how practices as simple as improving the sleeping patterns of police officers – one-third of all cops are likely sleep deprived, he said – is a step in the right direction.

“I would support anything that reinforces the resilience of all first responders on how they deal with trauma on a daily basis,” said Louie. “But I don’t frame that as mental health, I frame that as mindfulness resilience.”

Meanwhile, Frederick said he has met with interest from various law enforcement heads, as well as a willingness to address the mental wellness of officers.

“The Police Bureau respects and understands the importance of self-care and mental healthcare,” said Portland Police Chief Danielle Outlaw in an emailed statement to The Skanner, “I look forward to discussing this bill with Oregon State Sen. Lew Frederick.”