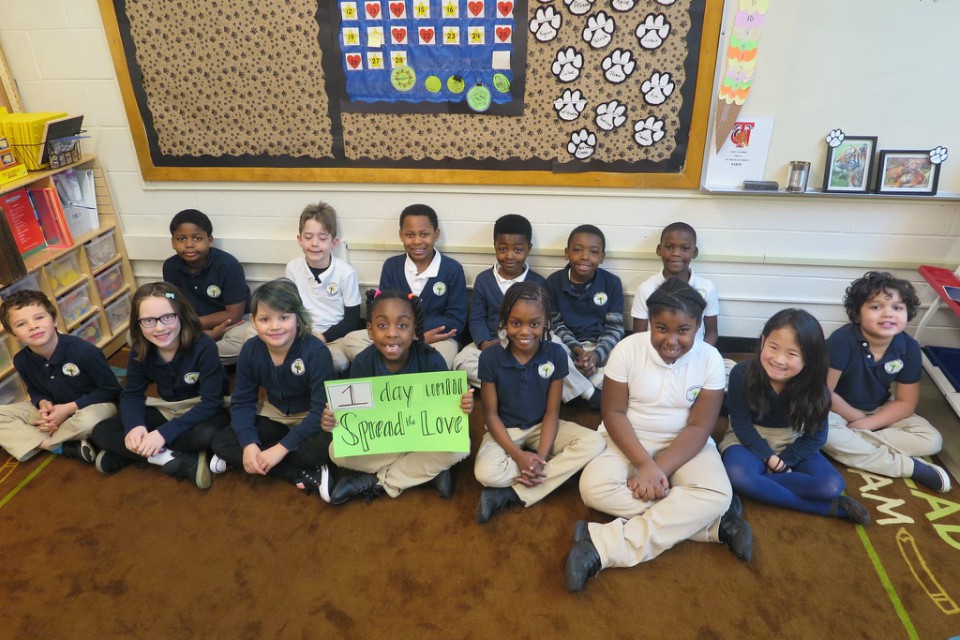 While KariosPDX is faced with losing its building next year, community members and elected officials have rallied around the charter school to demand it stay put.

The Portland Public School board is currently tasked with deciding whether or not to pass a policy which would open two new middle schools and convert several existing K-8 schools to K-5.

The district’s proposal is aimed at providing richer and more focused curriculum to all students, while addressing under-enrollment at the middle grade level.

Among the changes, the historically Black Harriet Tubman Middle School would re-open and ACCESS Academy – a K-8 school for exceptionally gifted (and predominately White) children – would move to KairosPDX’s current location, the former building of Humboldt Elementary School.

In the reshuffling, KairosPDX would be left without a home.

Opened with the intention of helping to close the racial achievement gap, the K-5 charter school serves 126 students – 75 percent of which are youth of color – and incorporates Black history and an Afro-centric approach to its curriculum.

According to recent data released by the Oregon Department of Education, only 30 percent of Black children in grades three through eight can read at a 3rd grade level.

Citing this statistic in a letter to the PPS board, dated Oct. 2, Rep. Diego Hernandez (D-Portland) urged members to allow KairosPDX to negotiate a longer-term lease at the Humboldt site.

“PPS has a tragic and unfortunate history of displacing Black students and their families, and of excluding Black communities from the decision-making process,” wrote Hernandez, who also sits on the board of the Reynolds School District.

“As is known but often forgotten, the founding of Portland Public Schools was itself based on Black segregation and institutional racism."

In his letter – signed by nine other board members of color from neighboring districts – Hernandez portrays KairosPDX as a pipeline through which to feed students into Tubman Middle School, thereby allowing students of color to continue their education in their own community.

Hernandez also makes clear his unwavering commitment to racial equity. “We have no tolerance for decisions made ‘for others,’” he wrote. “Our identities as members of marginalized communities require that we make ourselves accountable to directly impacted communities. We hold you to the same standard.”

Mayor Ted Wheeler and House Speak Tina Kotek have also vocalized their support of allowing KairosPDX to keep its building.

PPS board chair Julia Brim-Edwards, too, is vehemently opposed to displacing the charter.

“Since last spring, I shared with district staff that displacing Kairos students from Humboldt as part of the middle school openings plan was not something that I would support and given Portland Public Schools history in Albina would not likely be supported by the community,” she said in an emailed statement to The Skanner.

Brim-Edwards noted that the board is to receive a final staff plan later in the week. “If Kairos is still scheduled to be displaced,” she continued, “I will offer or support an amendment to the plan so that Kairos can remain in Humboldt and negotiate a reasonable lease extension with the school district.”

When he accepted the position in August, Guerrero told PPS, “I am excited to work shoulder-to-shoulder with everyone in Portland on a student-centered and equity-focused effort to make Portland Public Schools the premier school system in the country.”