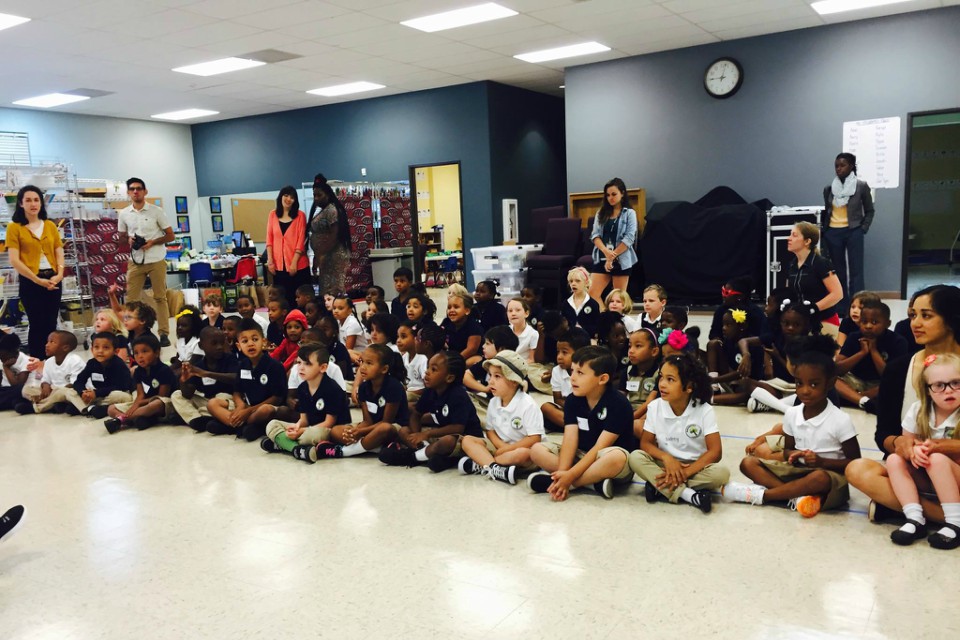 When Harriet Tubman finally opened in the early 1980s, it was the culmination of community persistence to establish a middle school in Portland’s historically Black neighborhood.

At that time, African American students were still being bused from their North and Northeast neighborhoods to attend predominantly White schools, as part of an integration practice implemented during the 1960s.

The district’s plan to desegregate, however, backfired. As it turned out, busing Black students into White schools only upped the enrollment of White schools, which further vindicated the majority-White school board in shuttering schools in Black communities.

Yet through tenacious protest from groups like the Black United Front, Portland Public Schools eventually agreed to open Tubman at the Eliot Childhood Education Center.

For more than 20 years, the middle school stood as a precedent for community pushback against institutional racism within the school district.

In 2007, it was converted into the Harriet Tubman Young Women's Leadership Academy, as part of restructuring Jefferson High School. Five years later, the academy dissolved too.

At the time of its closure, the Oregonian reported that “Tubman was 58 percent minority with 66 percent of its students on free or reduced-price lunches.”

Now, Tubman might get a second chance. In line with the city’s new policy of bringing Black families back to the neighborhoods from which they were ousted, PPS is proposing to reopen Tubman Middle School.

The plan is part of a PPS proposal which suggests that the district open two middle schools – Harriet Tubman and Roseway Heights – in the hopes of evening out the advantages some students have over others, depending on where they attend.

“The K-8 model implemented in the middle of the last decade resulted in under enrollment at the middle grade level, and the K-8 schools struggled to offer a rich curriculum of electives,” said PPS in an emailed statement to The Skanner.

In addition to establishing the middle schools, the proposal includes plans to convert several existing K-8 schools into K-5 schools; among them, Boise-Eliot/Humboldt, Irvington, Lee, MLK Jr., and Vestal.

The vision is to usher graduates of the converted K-5 schools into Tubman and Roseway Heights.

Moreover, the district is promising around 12 percent of its seats at Tubman to be reserved for children of families who were displaced by gentrification.

While the policy looks well-intentioned from the onset, one good deed – in this case – disrupts another.

‘A culturally-affirming place for our African American children’

The proposal will set in motion a jostling of boundaries and buildings that will no doubt appease some and disappoint others, namely, KairosPDX.

If the proposal passes, the district will take back its building, leaving the charter school without a home.

The charter serves K-5 and currently enrolls 126 students; 75 percent of which are youth of color and of that, 57 percent are African American. Its curriculum focuses on Black history and incorporates an Afro-centric approach. Ladd calls her a school a “culturally-affirming place for our African American children.”

While she is thrilled at the prospect of having Tubman Middle School available for KairosPDX students entering sixth grade, Ladd doesn’t want to lose her building. She said she was intentional about selecting it because it sits in a historically Black neighborhood.

KairosPDX’s good work in helping to close the achievement gap for African American students, in particular, was the reason it was able to extend its initially one-year lease from PPS in the first place.

It’s no secret that the district has taken a skeptical stance on charter schools, which are often portrayed as resource-guzzling private ventures.

“The only reason this is an issue is because we’re a charter,” said Ladd.

Yet charter schools are part of the PPS portfolio, and the district reports their scores like any other public school.

“Anything we do, they benefit from. But they’re undermining that work,” continued Ladd.

She told The Skanner that KairosPDX originally tried to open as a focus-option school, because the district currently has none that serve African American kids. PPS turned them down.

‘Not a building issue, but an equity issue’

The district is planning on filling KairosPDX’s building with another school – ACCESS Academy Alternative Program, a K-8 school for exceptionally gifted (and predominately White) children.

According to 2016 numbers, only two percent of ACCESS’s 350 students are Black.

ACCESS is currently located at 57th Avenue and Sandy Boulevard, the former site of Rose City Park Elementary School, which would re-open in its former building as a K-5.

Fortunate for KairosPDX, the school that is displacing it is joining the fight to stay put. Ladd told The Skanner that ACCESS doesn’t want to move either.

Ladd said the proposed relocation is not taking children at both schools into account. Furthermore, the district is “making social equity a mathematical equation and it’s not… This is more than a building issue, this is an equity issue.”

According to Ladd, the district lacks the equity lens it often boasts of having.

“There are people that are actively trying to change the narrative for Black children in this district,” she said. “All of those programs should be welcomed and supported, yet they’re constantly under assault and underappreciated.”

PPS board member Scott Bailey told The Skanner that the district is simply at a lack of buildings, though the board is aware of the opposition its proposal faces.

“We have been listening to a lot of public input,” said Scott. “So we listen and we make adjustments as we go. This is still in motion, we’re talking with KairosPDX.”

Scott said the board would like to have a final vote by the end of October.

In the interim, KairosPDX is rallying support with a Facebook page, city leaders and state representatives who say it’s a terrible idea to displace the charter, including Mayor Ted Wheeler and House Speaker Tina Kotek.

If the proposal passes, the middle schools are scheduled to open in the fall of 2018.