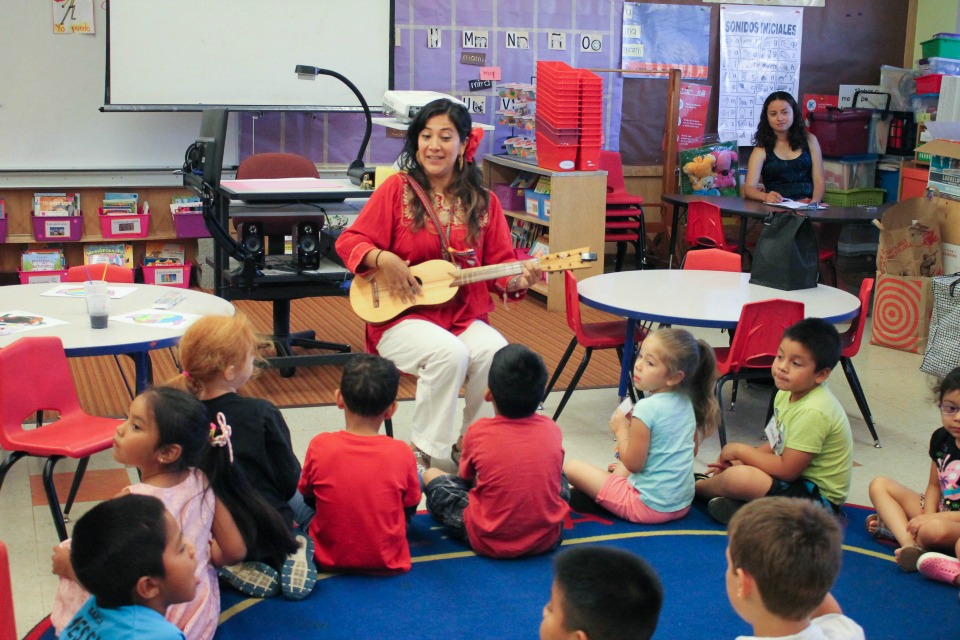 Portland Public Schools is making strides in attendance rates and reading skills with a program it started as a pilot back in 2010.

Called Early Kindergarten Transition (EKT), the three-week summer program equips little ones with the skills they need to settle into kindergarten; from self-regulation and social-emotional behavior to building routines and getting familiar with their new school environment.

Furthermore, children learn how to work with other students, how to play safely outdoors and switch between activities.

“It’s not rocket science, it’s just a very supportive way of welcoming families to understand what school is all about, before school starts,” said Nancy Hauth, program manager at PPS’s Office of Early Learners.

Since EKT launched, the data has proved the benefits of being prepared, as kindergarten can be more rigorous than parents or kids assume.

“What we saw was the attendance and pre-literacy skills bumped up over their peers,” said Hauth. “Attendance in kindergarten is really crucial for third-grade reading benchmarks and graduation rates.”

Today, EKT has expanded to 13 schools, primarily in southeast Portland. Eventually, said Hauth, PPS would like to bring the program to all Title 1 schools in the district, meaning those with high percentages of children from low-income families.

So far, the program has zeroed in on schools with steep poverty rates, attendance issues, and a high number of kids who have special needs, or whose second language is English.

The program works to fill the gap for kids who have not had a structured preschool experience, or who don’t qualify for PPS’s Head Start program, which prioritizes children of families that meet federal poverty guidelines.

With a lack of preschools in the outer southeast region, Hauth told The Skanner that kids were often coming to kindergarten unprepared and struggling, which only added stress to parents.

That’s why EKT also offers a parent component to the curriculum. Twice per week during the program, mothers and fathers can meet with teachers to better understand child development and how to support their kids during the school year. It’s also a chance to connect with other parents to help build community around the students.

Boise-Eliot/Humboldt Elementary School – which struggled with attendance rates due to families living far out – is an example of how EKT works with culturally-specific agencies, through Schools Uniting Neighborhoods (SUN). Each agency then tailors the EKT curriculum to meet the needs and demographics of its students and its families.

At Boise-Eliot/Humboldt, Self Enhancement Inc. (SEI) facilitates both afterschool programming as well as its EKT program; at Rigler and Scott elementary schools, it’s the Latino Network.

“Any incoming kindergarten child could benefit from this kind of program,” said Mary Merriweather, managing director of SEI at Boise-Eliot/Humboldt.

“Every kindergartener, regardless of their social or economic status, has the same experience of taking the big step of being educated away from home and away from their parents,” she continued.

Kaveh Pakseresht, assistant principal at Boise-Eliot/Humboldt, has already witnessed EKT’s success since he started his position last summer. “When the kids come in the first day of school, there are familiar faces for them to interact with, and they already know our building and our routines.”

For children to participate in EKT, they must be five-years-old by Sept. 1 and plan to attend one of 13 EKT schools in the fall.

PPS’s Office of Early Learners recommends that parents register their children for school by June 1, to ensure inclusion in outreach about programs like EKT.