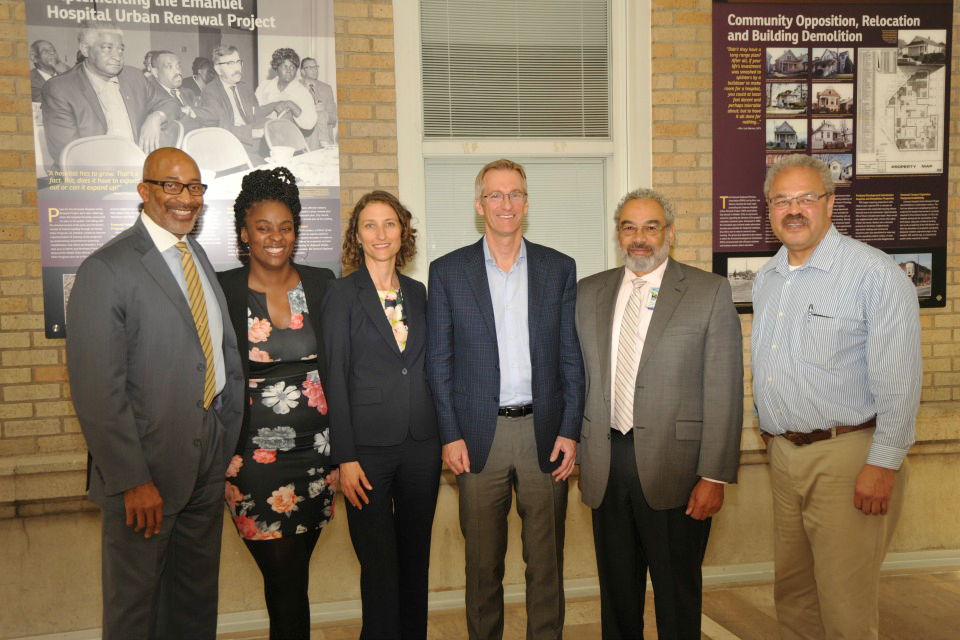 After close to 50 years of gentrifying historically Black neighborhoods, the city of Portland has recently announced a new development that hopes to heal Portland’s relationship with its African American community.

Beginning in the 1960s, the Portland Development Commission bought and razed properties it considered “blighted” in North Portland’s Albina neighborhood – the heart of the African American business district.

By the early 1970s, the PDC’s surge of urban renewal projects peaked with the proposed Emanuel Hospital expansion in the Eliot neighborhood. While it never made it to fruition, the construction plans displaced over 170 predominantly Black families.

By then, over half of Eliot’s Black population was pushed out.

A half a century later the development agency – now known as Prosper Portland, and sporting a new equity-building image – has teamed up with Legacy Health and the city of Portland to make good in the neighborhood it once demolished.

The collaborative project is the development of a long-vacant 1.7-acre site currently owned by Legacy Health and sitting adjacent to Legacy Emanuel Medical Center at North Russell Street and North Williams Avenue.

“This development will benefit the community by helping to expand Legacy Emanuel’s mission of healing in this community,” says George J. Brown, Legacy Health president and CEO, in an official statement.

“It will also provide a new location for the spiritual center for what was once the center of Portland’s African American community,” he continued.

Plans for the development’s use are far from finalized, yet partners are promising a neighborhood addition that will both honor and serve Portland’s Black community.

To date, they’ve confirmed the center will include medical care services – including a surgery center and patient and family housing – as well as affordable homes, community space, and a business hub for those most impacted by gentrification.

By fall of this year the partners will be forming a Project Working Group to help guide the vision. They’ll also be seeking input from community leaders and the public. Construction is slotted for 2019.

Stakeholders are adamant about not looking at the development as a means to atone for the damage that’s been done.

Rather, said Mayor Ted Wheeler at a press conference last week, “It is to make clear that whatever ultimately is built on those properties will be done in collaboration with the community and will include projects that serve and support the community.”

As the construction of luxury apartments in place of older properties in North and Northeast Portland shows no signs of stopping, the Legacy project follows  another initiative aimed at correcting rapid gentrification.

The city-funded development makes use of the Portland Housing Bureau’s “preference policy,” which prioritizes rental homes for African Americans and family members who are from the neighborhood.

“We cannot make up for what was done in the past,” said Prosper Portland board commissioner  Dr. Alisha Moreland-Capuia of the Legacy site’s tumultuous history.

“The steadfast efforts of Prosper Portland to acknowledge the unfortunate past and commit to a more inclusive and equitable future is critical,” she continued. “The work ahead will require revisiting the past as a means of reconciliation and healing. We cannot revise history, but we must revisit and reconcile it.”