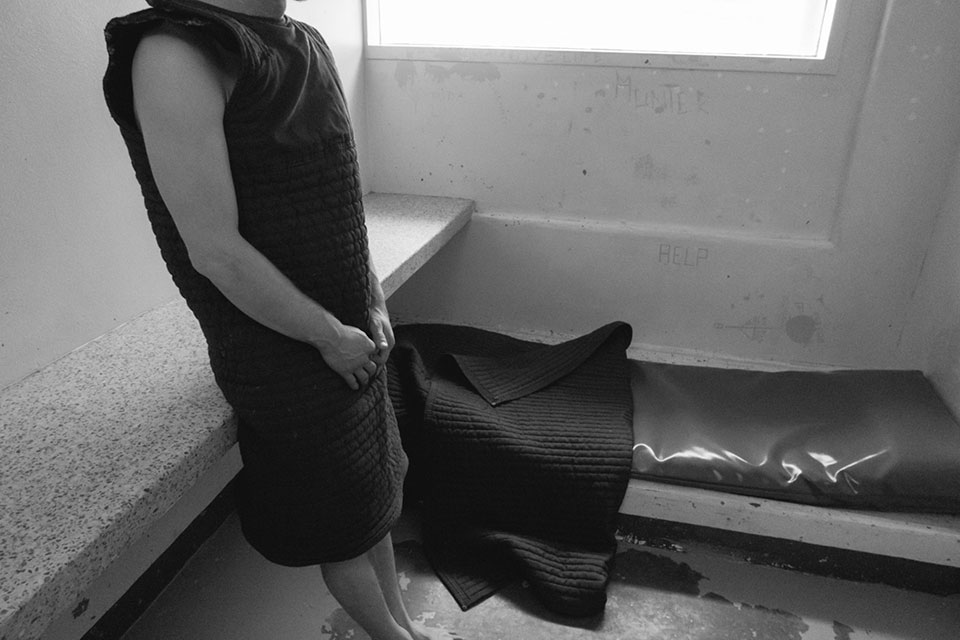 The Multnomah County Detention Center is under scrutiny by Disability Rights Oregon, after an investigative report by the nonprofit revealed the jail’s rampant use of solitary confinement, restraints, and routine force against its mentally ill detainees.

Over half of the 1,000-plus inmates being held at Multnomah County’s two jails have been diagnosed with mental health issues. The most serious cases are deferred to MCDC, a 10-floor maximum-security facility in downtown Portland run by the Multnomah County Sheriff’s Office.

The disturbing 57-page report highlights the prevalence of racial disparities in the county jails as well. According to additional Multnomah County studies compiled and reviewed by DRO, “Black detainees are hugely overrepresented among detainees experiencing mental illness.”

Due to DRO’s status as the protection and advocacy service for Oregon, its attorney Sarah Radcliffe gained access to the jail’s incident reports and medical records, as well as conducted interviews with staff members of the sheriff’s office and 45 inmates.

For example, inmates are segregated based on mental health severity; the more severe, the less out-of-cell time the inmate gets. This means continual solitary confinement. Numerous interviews with inmates revealed that many spent three to 12 months without fresh air.

“From a legal perspective, that’s low-hanging fruit,” said Radcliffe. “It’s clearly illegal to do that.”

Furthermore, staff deputies have not received de-escalation or crisis intervention training. Instead, they fall back on correctional tools, which do not equip them to deal with mental illness.

In a formal response to DRO’s report, Sheriff Mike Reese expressed his willingness to “strengthen support” for those in custody that suffer from mental illness.

Solitary confinement, restraints and use of force

While MCDC holds one-third of the county’s jailed population, it accounts for 83 percent of incidents involving force against a detainee.

That’s likely because “solitary confinement drives adverse events,” a consultant of Sheriff Reese was quoted as saying in the report.

DRO found that suicide watch is generally more agonizing than punitive recourse, as inmates are stripped of their personal belongings, mattress and blankets, and are forced to dress in only a heavy smock. They are denied visits, phone calls and showers.

One inmate, referred to Mr. Clifton in the report, suffers from serious psychosis and was placed on suicide watch. After his soap, book and mattress were removed, Clifton grew exceedingly upset. When he tried to run, guards used a taser on him and carried him back to the cell, where he began to bang his head against the floor. A deputy straddled Clifton and forced him into a restraint chair, where he remained for over six hours.

“In the corrections setting, restraints are used pretty liberally with no oversight,” she explained. “One thing that stood out to me in the initial visit with Multnomah County was they said, ‘A lot of our inmates request restraints, so we’re using them voluntarily.’”

That is questionable, according to Radcliffe, and likely unheard of.

At MCDC, African American detainees comprised 34 percent of individuals who purportedly submitted to the restraint chair on a “voluntary” basis.

With MCDC staff having inadequate mental health training, their hardline disciplinary approach is thoroughly reviewed and discussed in Radcliffe’s report.

She points out that the use of tasers, spit hoods, and restraints is inconsistent with current clinical best practices for crisis intervention.

Dr. Wil Berry, a former OHSU forensic psychiatric fellow who spent a six-month rotation at MCDC, was interviewed by Radcliffe. While Berry claimed that most of the jail’s staff have good intentions, he said in the end, “We’re torturing very sick people. I hate myself for being part of it, and then I feel I don’t want to be there, and I feel guilty for leaving those patients behind. The cognitive dissonance required to work there is exhausting; it’s crazy making.”

The report discloses that two deputies, at DRO’s request to Sheriff Reese, have been removed from interaction with detainees and are currently under investigation for alleged disrespectful comments, exorbitant use of discipline and efforts to provoke and enrage inmates.

Yet Radcliffe’s findings hint at a larger, more complex systemic flaw in criminal justice, which spans beyond Multnomah County. With a statewide shortage of behavioral health services, combined with a lack of public tolerance for mental illness, unstable individuals are trapped in a revolving door: picked up, locked up, let go and caught in the dragnet again.

As a whole, people with mental illness serve much longer sentences for misdemeanors than the general population, while jails offer little in the way of treatment.

In the report, Radcliffe has outlined a number of concrete recommendations to improve the conditions and policies of MCDC. She underscores the importance of healthcare and community for people with mental illness, rather than criminalization.

Concerning racial disparities, DRO suggests that the sheriff’s office track demographics on a number of points, including restraints, suicide precautions, discipline and segregation. It also advises using the demographics to identify and correct any staff members that demonstrate a pattern of bias towards an inmate.

“When you have a lot of individual staff discretion and no oversight, you’re bound to have bias,” Radcliffe explained.

When The Skanner approached Sheriff Reese for a comment, his response was sent via email: "I have directed a comprehensive review of our policy and procedures regarding the agencies’ use of force and systems of accountability,” wrote Reese. “We will continue to collaborate with system partners to identify innovated ways to ensure all adults in our custody are treated with dignity and respect.”

Radcliffe also submitted a formal letter to Multnomah County Chair, Deborah Kafoury, asking for her support on a short list of proposals. Among them: moving all detainees with mental illness to Inverness County Jail, where they can access fresh air and programming, as well implementing crisis intervention training for all jail deputies.

Kafoury responded with her own letter, in which she explained her intent to make changes. “I’m meeting with hospital administrators to make sure our jail isn’t a place where patients can be abandoned.”

If the county fails to move towards concrete improvements, Radcliffe told The Skanner that DRO will consider seeking formal litigation.