Artists Bring the Soul of Philanthropy to Portland 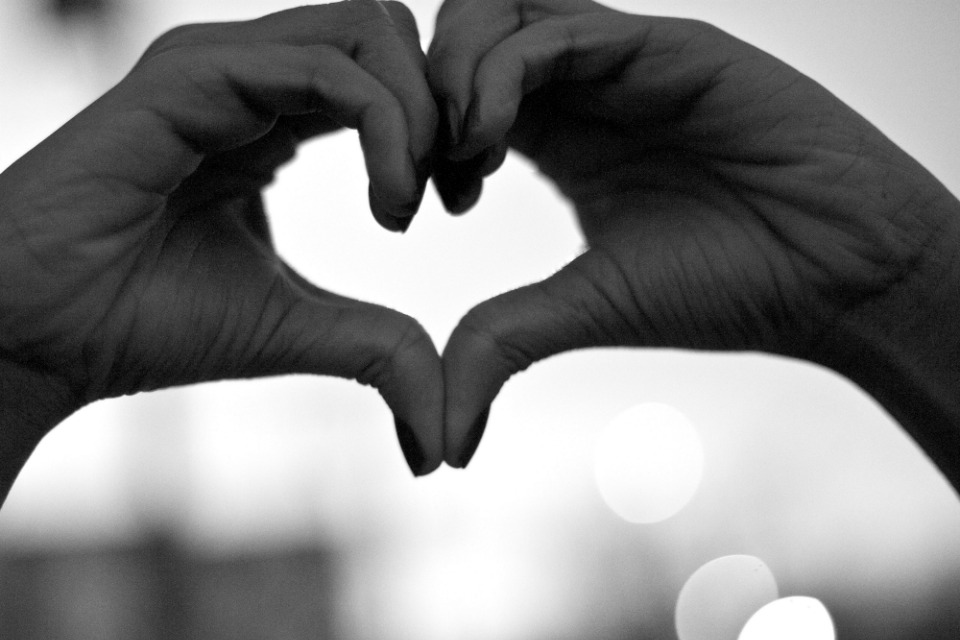 Step into the elevator at Concordia University’s library, in Northeast Portland, and you’re sure to absorb a little wisdom. “If you want to lift yourself up, lift up somebody else” has been artfully pasted onto the cab wall. The clever placement of this quote from Booker T. Washington gets to the very heart of the university’s latest exhibit, “Giving Back: The Soul of Philanthropy Reframed and Exhibited”, which runs until Mar. 31.

As an interactive translation of the 2011 book, “Giving Back: A Tribute to Generations of African American Philanthropists”, by North Carolinian writer Valaida Fullwood and photographer Charles W. Thomas, the exhibit explores acts of philanthropy that are deeper than your pockets.

Transcending region, race, and socio-economic boundaries, Fullwood’s “giving experience” is conveyed through interactive media, playful quotations, traditional storytelling, and an emotive collection of Thomas’s black-and-white photographs. Printed on aluminum, rather than paper, the images emit a shimmery patina, expressing a sense of light and weightlessness. The effect, explained Fullwood, helps to underscore the very loving nature of giving.

While the photos themselves are frameless, Fullwood’s narrative here is to “reframe” the notion of philanthropy, from one of wealthy European descendents to a thriving tradition of generosity in the African American community – a story that is seldom celebrated.

“This is meant to be a counter narrative to what you typically see,” said Fullwood. “In conventional philanthropy, when Black Americans are featured, it’s on the recipient side as beneficiaries. While that is a part of the story, we’re also benefactors.”

The exhibit helps to highlight the following facts: according to figures by the W.K. Kellogg Foundation and The Chronicle of Philanthropy, African Americans give 8.6 percent of their discretionary income to charity; they also donate 25 percent more of their income than do White Americans. Nearly two-thirds of African American households give to charity more formally, to the tune of $11 billion each year.

To further illuminate the stories of Black philanthropy, the artists have created a technological component: each mounted photograph is equipped with a QR barcode, which can be scanned with a smartphone to generate texts, music or poetry that informs the work.

One featured photograph tells the story of Elizabeth Ross Dargan, a beautician from eastern North Carolina. Low on money after her husband died, Dargan applied for a job at the historically-black Fayetteville State University. Having turned her down because of a seeming lack of qualifications, the university instead enrolled Dargan as a student, which led to her career as a teacher.

Getting by on humble means, Dargan nevertheless lived a generous life with a pay-it-forward attitude. She was active with a litany of nonprofits and institutions, including the Urban League, American Red Cross, and Habitat for Humanity. When she passed away at the age of 83, she bequeathed her estate – at a quarter of a million dollars – to the various organizations and non-profits that served her in life.

“Her story is a reminder: don’t be too narrow in your judgment of who can give,” said Fullwood. “(Ms. Dargan) was a modest person with a philanthropic spirit.”

Based in Charlotte, North Carolina, Fullwood spent a little over four years putting the book together and collaborating with Thomas to capture the photographs that could tell these stories. As a writer and consultant for a number on philanthropic non-profits – as well as the founder of the giving circle, New Generations of African American Philanthropists – Fullwood came to recognize the absence of inclusive stories about giving. Philanthropy is typically limited to the wealthy. Fullwood’s need to change that perception became her inspiration for the book.

“I kept hearing so many stories from circle members about what a shame it was that our stories were untold, discounted and dismissed in our own community,” said Fullwood.

Hence, Thomas’s photos are a far cry from stoic portraits of affluent “givers”, or action shots of volunteers on site. Instead, “The Soul of Philanthropy” singles out the small, almost fragile details, which epitomize this tradition. And as both a book and exhibit, “Giving Back” hopes to reach an audience outside the realm of philanthropy. That’s an aim that falls in line the exhibit’s sponsor, the MRG Foundation.

“As MRG challenges the notions that are out there in the philanthropic world – not just about givers and receivers, but also about the people who are making those decisions and have ownership of that – it is really the basis of what “Giving Back” is about, highlighting one cultural community’s response to how they do philanthropy,” said Carol Tatch, MRG’s Major Giving Director.

Portland is the first city to exhibit “Giving Back”, after it finished an initial tour of universities as part of a grant obligation.

Tatch said MRG was a champion of the work from the beginning, as the exhibit not only elevates these particular stories, but it creates incentive for communities to tell their own.

“What is the Oregon story of philanthropy?” asked Tatch, adding that lesser known customs of giving should have their own platform. “What is the cultural tradition of Natives, Asian and Pacific Islanders? We really have the space to push back against the dominate idea.”

After MRG approached more than 50 potential spaces with “Giving Back”, the foundation eventually found an ally with Concordia. “We believe in the power of philanthropy and in the talents and gifts of all people,” said Linda Church, director of the libraries’ art and culture program at Concordia.

In keeping with the spirit of giving, admission to the exhibit is free on behalf of the artists and the MRG Foundation.