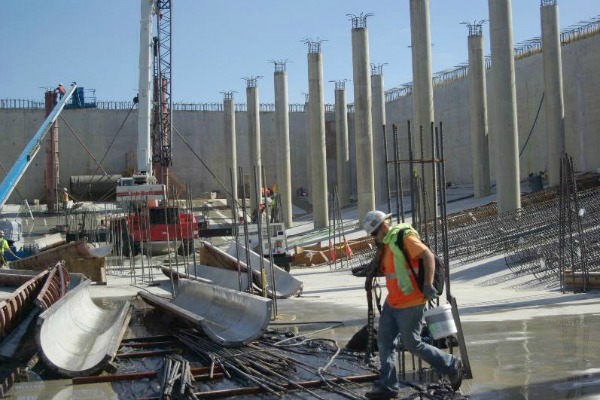 The city of Portland Equitable Contracting and Purchasing Commission, set up to address racism in the awarding of government construction contracts, voted to reject city leadership at its meeting last month.

However, almost no one knew it until Oregonlive.com reported the city's Bureau of Internal Business Services, which oversees the panel, failed to post the video of the meeting or the written minutes until targeted by a freedom of information request.

A videotape of the Feb. 18 meeting revealed the panel deeply dissatisﬁed with their treatment by city ofﬁcials.

As the meeting opens, the director reports that Portland Mayor Charlie Hales has rejected their request for a meeting. The best they can do is to get Hales’ Chief of staff Joshua Alpert to meet with them. A few commissioners express their disappointment.

A staff member presents a statistical report about the number of companies registering with the city under the minorities, women and small emerging business designation; the young woman squirms in her chair as she explains the city would not give her all the statistical data she asked for.

Soon commission members are talking past the director in a conversation about what kind of statistics they should really be asking the city for and what specific kinds of issues should be researched, including how many city contracts go to white males under the emerging small business designation designed to support disadvantaged communities.

After nearly an hour and a half, NAACP Vice President James Posey rises and gives public testimony, essentially urging the commissioners to issue a vote of no confidence in the city’s leadership.

“Each of you guys who are sitting on this commission represent a group – NAYA, the Hispanic Chamber, labor unions, you’ve got Andrew over here (Andrew McGough, executive director of Workforce Systems Inc.), the prominent contractor.

“It’s a shame for you guys to sit there with your tails between your legs and allow this process to happen like this. The City of Portland is failing and you all know that,” Posey said.

As he finished his comments, calling for the resignation of the mayor, the department director, city Chief Procurement Officer Christine Moody and Chief Administrative Officer Fred Miller, other commissioners started picking up the call for a challenge.

“At the end of the day we just spent two hours – and I feel like we had a good agenda,” said Andrew Colas. “I feel like we could have done something. And we’ve had how many meetings?

“I feel like what they’ve done is they’ve put together a very strong powerful group. Every one of these individuals are involved in several things in their communities and in their businesses,” Colas says.

“All of us are on a lot of different things, and the reason why it’s a good group is because we bring a huge diversity of knowledge, but each and every one of us I believe that’s here – otherwise why would we be here? – believes in the bigger mission.”

Commissioner Maurice Rahming calls for a resolution declaring no confidence in city leadership, it passes, and the meeting quickly breaks up.

Meanwhile, Willamette Week reported in January that members of the commission had already written an official letter to Mayor Charlie Hales complaining that they were "little more than window dressing."

Outrage about the lack of equity in the awarding of construction contracts – and jobs – for communities of color goes back decades. Locally, the issue reaches well beyond the city 's boundaries into county and state operations.

Portland construction company owner James Posey, now the vice president of the Portland NAACP, spent much of the 1980s agitating at City Hall for some sort of equity plan for construction contracting.

The Oregon Regional Consortium Disparity Study recommended the creation of a sheltered market program for women, minority and emerging small businesses in construction.

That program went under the microscope in 2011, when the City of Portland drafted a disparity study that cost the city more than $750,000. When received, the study downplayed racism within the system, to the shock of city ofﬁcials.

African American consultants who helped create the study cried foul when the input they gathered from communities of color was minimized and shoved to the back of the report.

At the time, then-Mayor Sam Adams gave the study to Commissioner Nick Fish, whose staff pulled it apart and put it back together again to make clear the fact that the research had actually documented discrimination and unfair practices.

The following year, the Oregon Department of Transportation was slapped by a federal ruling that found cheating in minority contracting on a Highway 217 construction project.

The case was unique because the cheating was only caught when a White contractor testiﬁed about his operations at a city Council meeting -- in which he was complaining about how hard it is to get a state contract if one is not a minority.

In 2015 the Portland City Council declared that the system for awarding construction contracts to outside companies requires an "intervention."

On his blog, BPA Report, Posey wrote a scathing Feb. 26 post -- after the construction contracting panel passed a vote of no confidence in city leadership -- highlighting the lack of trust African American businesses should have in Portland's "white progressive liberals."

"If you've been in Portland long enough, this pattern of patronizing Black people should scream at you," he wrote, naming a stream of mayors. "Bud Clark, Vera Katz, Tom Potter, Sam Adams and now Charlie Hales have all reigned over incompetence when it comes to racial issues."

Posey underscores the lack of minority contracts in building the new Sellwood Bridge with a website called www.equityscoreboard.com. The site offers a visual depiction of who got jobs on the construction site, ranking work and job ﬂow, business capacity, community beneﬁts, and skill development.

The site's graphic shows Asian-Paciﬁc Islander workers and businesses got zero jobs out of the Sellwood Bridge contract -- the only group that fared worse than African Americans.