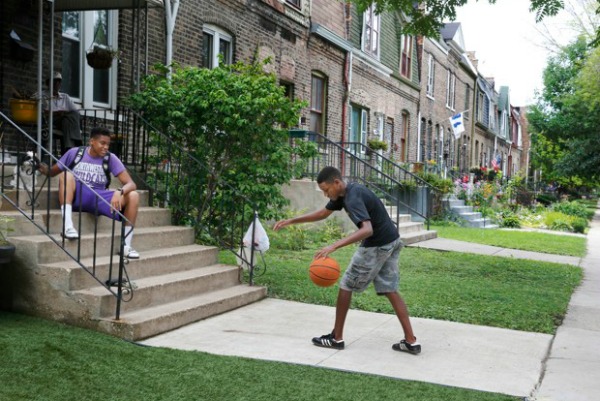 A new partnership between the Urban League and the Portland Housing Bureau promises to help stabilize 50 Black households by July of next year.

City Council appropriated $391,000 from the general fund to pilot the project, which sees the Housing Bureau partnering with a culturally specific organization for the first time to benefit their target population.

The deal comes right behind the city’s recent declaration of a housing state of emergency, which saw Mayor Charlie Hales promising $30 million dollars to combat the city’s growing houseless population.

Bisi Carter, head of the Urban League’s healthy familes program, said African Americans have been in a housing crisis for a long time, but called the partnership with the City a “step in the right direction.”

“African American homelessness continues to rise, so we’re seeing the crisis of homelessness every day,” Carter said. “We’re pleased with the commitment from the City to address the racial disparities, and consider this investment a small but strong step in the right direction.”

The League will spread the monies across their many services, using them for both eviction prevention and getting homeless people into stable housing.

There’s been a near 50 percent growth in African American homelessness since 2013 alone according to Multnomah County statistics released that year. That, coupled with a growing joblessness rate, which for decades has hovered around a dismal 25 percent has had a crippling effect of Blacks as a booming Portland is even beginning to price some of its more affluent residents out.

Jerome Brooks, program coordinator for the housing bureau says the numbers are probably higher once factoring in people not traditionally factored in homeless counts like those “couch surfing.”

“You’re not always going see somebody go out onto the streets or into a shelter. They’ll be with family or friends,” Brooks said. “The hopes with this [initiative] is to start having a conversation about the importance of contracting directly with culturally specific providers.”

Before this partnership was announced, The Skanner reported that despite the $30 million Hales was promising toward the “most vulnerable” populations, the pledge included no culturally specific language.

The Skanner reported this month that though Mayor Charlie Hales had declared a housing State of Emergency, and pledged $30 million in government dollars to the city and county’s most vulnerable populations, the promise didn’t include culturally specific language despite Blacks making up more than a quarter of the homeless population.

The State of Housing report released by Portland Housing Bureau this year also found that the average African American household cannot afford to rent or buy in all of Portland.

“The high unemployment rate for African Americans in Portland, generation after generation of unchecked gentrification and displacement, and the dismal results of the recent Fair Housing discrimination testing, short term rental assistance is not a sufficient solution to this crisis. We can do more."

The Urban League of Portland has several other programs addressing Black homelessness, including its partnership with Cascadia Behavioral Health and Native American Rehabilitation Association which will house 50 people of color living with mental illness and drug-addiction.

Locally other initiatives like city-led the N/NE Housing strategy which has some culturally specific elements to it and the Portland African American Leadership Forum’s  efforts to create the People’s Plan meant to be a comprehensive list of demands of what the local Black population wants and needs to thrive in the city have sprung up in recent years.

Portland Community Reinvestment Initiatives also got its first grant over the summer to begin work on its Pathway 1000 program that aims to build 100 homes a year over the next decade through North and Northeast neighborhoods for displaced families.

Katrina Holland, deputy director of the Community Alliance of Tenants has been active around local housing issues for years now.

She mirrored Carter’s cautious optimism of the plan, recalling past gaffes between the City and African Americans.

“The City has made promises before that is has not kept [to African Americans],” Holland said, referring 1993 Albina Community Plan which forecasted a number of land use projects in what were then majority Black neighborhoods, decades of racist redlining practices, and the state of Oregon's founding--which included the exclusion of Blacks.

As Portland’s population continues to explode, Holland says the City has a unique opportunity to implement equitable practices in housing as well as other avenues.

“How we handle this housing crisis has the potential to determine our reputation on an international scale. Are we going to continue to be racist or move forward and become a truly equitable city?” She asked.