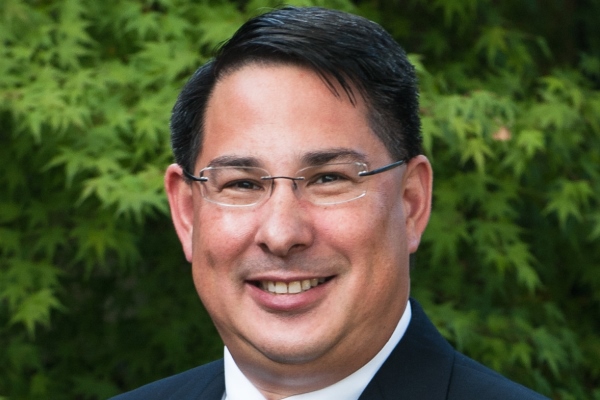 Rob Patridge sits as chair of the Oregon Liquor Control Commission five-citizen board, charged in part with the task of creating Oregon’s rules of regulation for the soon-to-be legal marijuana industry.

While July 1 marks the date for the beginning of  legal possession and consumption, the OLCC won't actually begin accepting business licensing applications until Jan. 4 next year and must come up with the rules before then.

The day before the the board of commissioners was scheduled to convene for the first time since wrapping an 11-date tour of public listening sessions across the state for marijuana, Tom Burns, the OLCC marijuana policy advisor was fired after sharing a draft of an internal policy with a Portland lawyer and then allegedly lying about it. Will Higgins, director of licensing, will serve in Burns' place until a permanent replacement is found.

The Skanner News spoke with Patridge just days before Burns’ ousting in a half-hour long conversation to clarify what role diversity will play in the OLCC’s rulemaking, lessons learned from Colorado’s marijuana rollout, and ensuring a healthy free market in Oregon.

The Skanner News: First thing I wanted to ask is how is this citizen advisory committee coming along?

Rob Patridge: We’ve given Steve Marks the executive director [of the OLCC] the authority to do that. I know that we had over 500 applicants. I think that they're sorting through the applicants and weeding through them now.

RP: No pun intended, sure.

TSN: Do you know how diverse the applicant pool was in terms of race and geography?

RP: It’s been kind of a hands-off what people send in [for the application]. Obviously with their contact information we could see where they’re from. But in terms of their race and ethnicity, we didn’t ask that.

TSN: One of the main things people of color are concerned about is that Black people and women get a fair shake in the industry.  Is there anything that has been discussed around ensuring minorities and women are not left out as they have been in so many other emerging industries, such as the technology field?

RP: I can’t speak for the rest of the OLCC—but my intent is to not have a restrictive amount of licenses.

So I’m not sure from that standpoint how anybody would be barred based on ethnicity, race, or anything related to that.

Is that kind of what you’re talking about?

TSN: More specifically in adopting these rules and regulations, is there going to be any sort of language that says a specific amount of minorities and/or women must get licensed or so on?

RP: We have not. We’re still in the process or making the rules. We don’t even have a draft set of rules. I’m not aware of any requests for preference in the 10 meetings that I attended (which lacked diversity). That hasn’t necessarily been brought to my attention. It could have been to others’ attention.  But I certainly have told staff that I want to make sure that there’s outreach to minority communities.

TSN: Has there been any language [circulated] around people who may have been convicted with marijuana-related crimes will have a fair shot in the industry as well?

RP: That’s certainly been brought to our attention, and we’re certainly going to consider it in the rulemaking process, what a background check should require. How long of a period someone has been crime free? What were the crimes per-se that were committed by the person? All those things are going to be talked about and I encourage people who have input on it to let us know. It’s similar to what we do with liquor licensing, looking at their background to see what kind of licensing would that be allowed to have and not?

TSN: Do you think that Lew Frederick’s bill proposal to reduce sentences for people who’ve committed marijuana-related crimes, and in some cases expunging their records, will have an effect on how you guys make these rules?

For the 40,000+ legal growers in Oregon right now as it stands, legalization has no effect. If a medical pot grower wants to venture into retail they’re going to have to apply for a license separately?

RP: Absolutely. What we said at the OLCC is we’re not going to co-locate recreational and medical marijuana unless it’s tracked through the OLCC system with seed-to-sale tracking and the same types of rules that comply with the Cole Memorandum. We might consider it then, but for now we’re not going to co-mingle.

TSN: I was at that last public hearing in Portland where one of the main issues was the concern over big corporations coming into Oregon and buying up the land and property and then profiting, making it hard for the ‘little guys’ to have a fighting chance. Is there anything the OLCC can do at this point to prevent that?

So OLCC could potentially limit the size of the grow, which some people feel could be involved in preserving what I’m calling the ‘craft-growing’ in the business. And we can do that by canopy or number of plants.

With a canopy you can grow up to a certain amount, so 5,000 square feet for example. For plants we could say you can have only a particular number of plants. So we can limit the size of the grow either way, which could potentially discourage some people believing the "evils" of large corporations.

The OLCC does not have the power to regulate that though. So we have brought that forward to the legislature and we’ll see what they decide in regards to residency.

The third issue related to this is out of the state capitol, about whether the legislature is going to require the OLCC to limit out of state investments.

TSN: Arrests in Colorado are still disproportionately happening to Black people. Is there anything the OLCC can do to ensure that law enforcement is policing evenly around marijuana?

RP: We don’t have any police power really. There will certainly probably be a component we have to report to the 2017 legislature related specifically to DUIIs related to marijuana.

TSN: After you start accepting licenses how long will it be before you start awarding them?

RP: I don’t think retail will be up and running before the end of 2016. As for growers I’m not sure timing-wise, obviously it’s gonna be ahead of that—hopefully the first half of 2016.

TSN: For people that didn’t make it to one of the public hearings or won’t end up on the advisory committee how can they continue to give input to you guys?

RP: Right now they can send letters to the Commission, they can e-mail the Commission and they can go to Oregon.gov/olcc/marijuana and find out what’s going on. They can talk to us individually or several of us at once.