15th Annual Job Gap Report: Wages are Down and the Cost of Living is Up 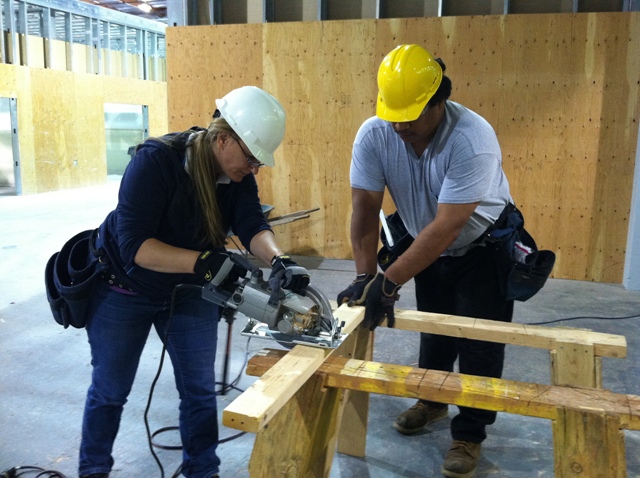 The average single resident of Oregon or Washington actually needs to make almost $16 an hour to stay out of poverty -- almost twice Oregon's minimum wage of $9.10 an hour. Photo by Lisa Loving

While the campaign for a $15 minimum wage takes root across the country, a new report underscores just how meager that wage really is for families.

The 2014 Annual Job Gap Report from the economic research group, the Alliance for a Just Society, found that in Washington State the living wage for a single individual is now $15.99 an hour, while in Oregon it takes $15.96 per hour.

“I think for Washington State the most important thing is what a realistic living wage is for families,” says Kathy Mulady with the Alliance for a Just Society in Seattle.

“One of the things that struck me the most is that we're seeing that even though there's a $15 minimum wage campaign being waged across the country, this report -- for the first time that I’ve seen it -- implies that even $15 is not enough,” said Darlene Huntress, executive director of Oregon Action.

The annual report, which covers 10 states plus New York City, has been issued since 1999 by the national office of the  Alliance for a Just Society  in cooperation with local community justice groups.

“For workers saddled with debt, the wage to pay off that debt would be even greater than the calculated living wage,” the report says. “Students in Washington graduate with $23,293 in student loans, and the average credit card holder in the state has an outstanding debt of $5,269. Additionally, nearly 20 percent of mortgages in the state are underwater.”

The Oregon numbers are not far off the Washington statistics, with average student debt at $26,639 and credit card debt at $4,773; the report pegs the underwater mortgage rate in Oregon the same as Washington’s at nearly 20 percent.

The report concludes that a higher minimum wage is not enough, and that officials also need to take steps to:

“I think families are dealing with student loan debt, with medical debt. Families are having some very painful kitchen table conversations,” Mulady says. “This is one way to level the playing field and it’s a basic value that we all cherish – if you work full time you should be able to meet your basic needs and cover your expenses.”

The Job Gap Report appeared to contradict the Oregon Office of Economic Analysis’ quarterly Oregon Economic and Revenue Forecast, which was released on the same day and was somewhat upbeat even if it seemed to contradict itself.

“In the past nine months, Oregon’s labor force has increased and added back nearly a quarter of the labor force losses it suffered following the financial crisis,” says the Executive Summary. “Even with the stronger job gains, the state’s unemployment rate has remained unchanged in 2014.”

"Along with recent jobs reports showing the strength of Oregon’s manufacturing sector, this forecast provides further evidence that our economy is moving in the right direction,” Gov. John Kitzhaber said Wednesday. “Even as the recovery gains steam, we must continue our focus on family-wage jobs -- the types of jobs that are supported through our work with Daimler, Nike, Intel, Boise Cascade and hundreds of businesses large and small throughout the state."

The most recent revenue forecast from the Washington State Economic and Revenue Forecast Council, which came out in June, said, “The Washington economy continues to grow slowly, with employment rising in most sectors except aerospace and federal government.”

The community activists say the most pressing need is to cut back the cost of living in the Northwest.

“I mean $15 an hour is much better than $9.10, which is the minimum wage in Oregon– but I think we have to look at long-term solutions that not only lift up minimum wages but bring the cost of living down.

“ I think that $9.10 an hour – no one can survive on that, and that's not even half of what a single parent with a child needs to make a living,” Huntress says.

While the report’s to-do list did not include the price of housing, Huntress adds that the number of underwater homes across the region is also having a fundamental impact on working families.

“We should give banks an incentive to actually reset the underwater mortgages so that people are not one missed payment away from foreclosure,” she says.

But the most important thing for local communities to do is provide support for low-income families, Huntress says.

“Really the big one is making sure that we invest in state and federal safety net programs like SNAP (the Supplemental Nutritional Assistance Program), which should be strengthened and not cut.

“Earned income tax credit, childcare assistance, all of these things could help bring down the cost of living,” Huntress says.

“Fifteen dollars as it turns out is actually very modest,” Mulady says, “ but it’s a place to begin.”

Read the full reports at www.thejobgap.org.