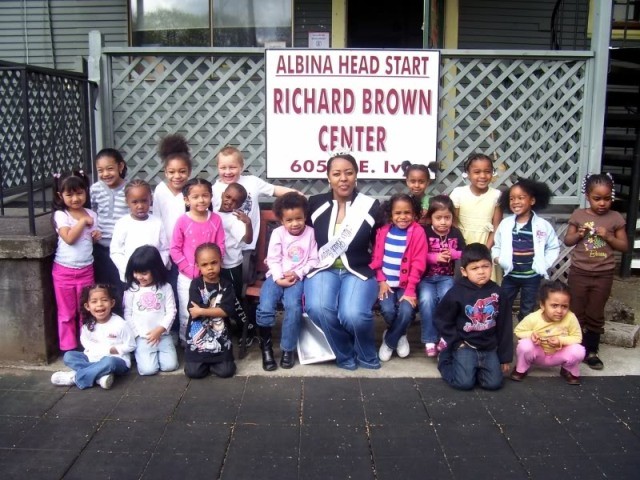 The Albina Head Start community has been deeply shaken by the partial loss of grant funding through the new state agency in charge of early childhood education programs.

Started in 2012 as part of Gov. John Kitzhaber’s education reform crusade – and the over-arching effort initially headed by now-departed “education czar” Rudy Crew – the new Early Learning System headed by Washington resident Jada Rupley has launched a reorganization of how preschools and kindergartens are funded and evaluated using regional “hubs” to coordinate services.

Rupley, brought out of retirement by Gov. Kitzhaber to start up the new preschool and kindergarten department and its Early Learning Council, leaves the post in mid-August to go back into retirement. Her successor has not been named.

Last week Albina Head Start officials learned they had been graded next to last by the Council’s evaluation panel among statewide Head Start programs applying for the “expansion” component of a state money pot designed to expand the number of seats in Head Start classrooms.

It is the first time since the state started funding Head Start programs in the 1980s that they have failed to win an expansion grant, Head Start Director Ron Herndon says.

Rupley told The Skanner News this week that Albina’s grant application was “not competitive enough.”

The move has turned heads as the state’s biggest and most successful early learning program serving Black children is left wondering how to navigate the unstable waters of Oregon education reform.

According to Herndon, it’s not just that Albina Head Start was passed over for funds that would have allowed more children in the door to the largest full-day Head Start program in the metro area.

But the fact that the respected institution was ranked next to last among all the applicants despite a history of educational innovations and a spotless financial record is raising the alarm about who is driving the changes in early childhood education in the state.

“This crew at the state came in with the imperious notion that they knew what was best for Head Start. Much like the Obama administration,” Herndon says. “Both have implemented policies that have harmed Head Start.

“Neither had the good sense to talk with the Head Start community before developing policies. Or to ask the community three simple questions, ‘What is working, what needs to be fixed and will you help us?’"

Rupley says the state grant is for expanding programs that serve communities where kids are not “kindergarten ready,” and that show innovation in their approach as well as new ideas in engaging the outside community.

“The grants were then competitively scored because there are always more requests for slots and students then there are monies to be able to give for innovation,” Rupley said. “So they were very, very competitive applications.”

“I think that some of what we were looking at is what kind of things were they doing to reach out to their community in a different way than they have in the past,” Rupley said.

“Sometimes applications don't reflect the good works that are going on in organizations, and that's probably the part that I think is the very hardest thing to say to somebody --  that you may be telling me all these things are going on in your organization but that didn't show up on the paper that the reviewers read.
“And that's the kindest way I know how to say it, and that's the hardest part of competition.”

“This is the first time the Black community has ever started a language program,” he says. “And Portland Public Schools thought highly of it enough that they went with it and are starting the same thing at King – and that Mandarin immersion program goes all the way through high school.”

Albina was awarded a Spirit of Portland Award in 2011 for Outstanding Organization. Just last week the group learned that its application to the federal New Market Tax Credit financing program was successful, allowing them to eliminate all their outstanding debts and pay off the mortgages on three of their program buildings.

“We serve the largest number and percentage of black children in the state,” Herndon says. “We probably have the most diverse staff. And that's the thing that's disturbing to me, these people down in Salem talking about ‘the equity lens’ and ‘equity.’

“From the very inception of education reform in the state, I think you have people who probably have good intentions but have never successfully run programs that impact the children that they say they want to help–the folks that are furthest behind in the achievement gap.”

Herndon on Tuesday night sent an official letter to the Early Learning Council to appeal the grant award, but Rupley on Monday said there is no appeal process.

“I feel badly for Albina because I know they're doing good work and I will continue to reach out, because I have worked with all of the Head Start providers across the state,” Rupley said.

“And I think that Ron will tell you that I've listened to him for two years. I've learned an incredible amount from him, and so we will continue to work in the direction that I know that he feels is important too.”