By Helen Silvis of The Skanner News
Published: 11 September 2013

Two of every three children in Portland's African immigrant and refugee communities live in poverty. That's just one of a series of miserable statistics revealed in "The African Immigrant and Refugee Community in Multnomah County," the fourth of six reports on Portland's minority communities from the Communities of Color Coalition.

"Please help us," appealed Fidelis Wachana, a board member of the nonprofit Africa House, a program of the Immigrant and Refugee Community Organization. "We want you commissioners to help us and be our advocates. We ask your immediate assistance now."

Problems highlighted in the report include: 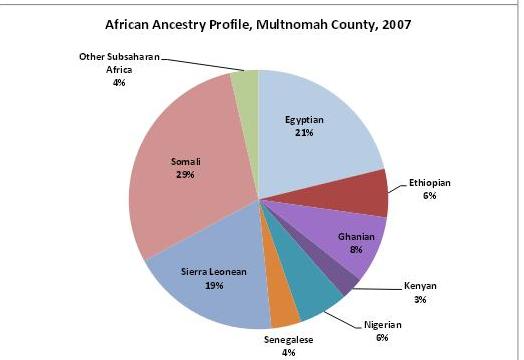 A Hardworking But Traumatized Group
The report paints a picture of a diverse, highly educated, hardworking, but traumatized community. Many African families arrive in the United States as survivors of war and violence in their countries of origin. Some have spent years in refugee camps, unsure what the future holds, and struggling to survive from day to day.  Children often miss years of school.

"Educators and administrators need to know and understand the African experience, particularly the trauma affecting refugees," Wachana said. "We come from war-torn areas and our children are traumatized."

Multnomah County is home to around 18,000 Africans from more than two dozen countries, the report estimates. And more than 25 percent of African adults arrive with graduate or professional degrees.

Excited by the opportunities they envision in the United States, Africans often find their hopes dashed as they face racism, rejection and lack of opportunity.
One key frustration is that U.S. institutions typically refuse to recognize education, credentials and experience earned in other countries. 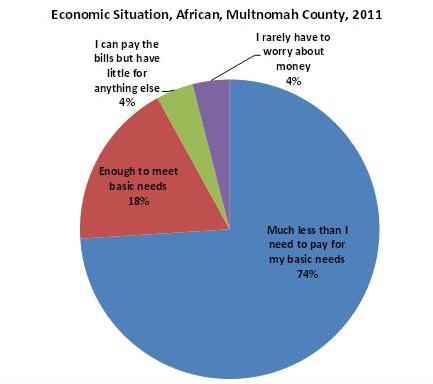 As a result, income for those African immigrants and refugees who secure full-time employment remains very low, at an average of $28,888, whereas Whites earn on average $45,087 per year.

"We have a medical doctor who has had to go back and get a CNA to get a job," said Djimet Dogo, manager of Africa House.

"We have nurses, engineers, and we have a lot of teachers.  If they could have their credentials recognized, it would not only help those teachers, it would benefit students."

African parents worry that their children will end up as penniless dropouts, caught in the well documented school to prison pipeline.  Advocates begged the commissioners to use their influence to bring change that would allow school districts to hire African-educated teachers.

"We have teachers who can work with our children," Wachana said. "They are demoralized. They are working as janitors. Why can't you employ them to work with our kids so they can improve their grades."

Another big problem is that the U.S. census, and other government data collectors, lump together African immigrants and refugees with African Americans and Black folks in general. 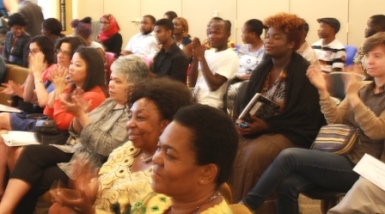 Recommendations
The report makes more than 20 recommendations, designed to reduce poverty, increase opportunity and confront institutional racism.  Among them are:

Data Collection
Recognize African immigrants and refugees as a specific cultural group and count them separately from other groups.

Commissioner Loretta Smith said the report is a wake-up call for Multnomah County. Smith, Kafoury and Shiprack agreed to work with the community to bring about change.

The Communities of Color Coalition commissioned the Portland State University reports after a 2008 study found significant across the board disparities were hurting communities of color in Multnomah County.  Other reports have covered Multnomah County's Native American, Latino, and Asian Pacific Islander communities. Next up: Reports on Portland's Slavic and African American communities.