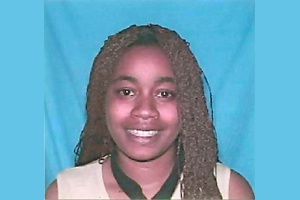 It's been four years since they lost their mother, daughter, wife and sister in a mysterious walk-up shooting, but the family of Asia Bell may finally get their day in court.
Last week, nearly four years after the case went "cold," Portland Police arrested four people in connection with Bell's murder.
DePrince Hale, 29, and Alexander Kline, 28, each face charges of murder, attempted murder and conspiracy to commit murder for the 2002 shooting death of Bell, which also left Bell's husband, Tyron James, blind and a friend, Robert Milstone, seriously wounded.
Two additional suspects also have been charged in the case. Sonja Hutchins, 26, is charged with conspiracy to commit murder and Rico Gonzalez, 34, is being held on federal drug charges, although police decline to talk about his involvement in the murder.
On the evening of Nov. 20, 2002 – the day of her husband's 26th birthday celebration – Asia Bell had just stepped outside to smoke a cigarette on the porch of her North Mississippi Avenue home when gunmen fired 17 rounds toward the house, killing Bell and wounding James and Milstone. Police say the attack was purportedly in retaliation for a gang feud, although James and Bell had no gang affiliations.
Reports from The Oregonian and the Slabtown Chronicle, a crime blog, suggest that the shooting occurred after a dogfight created animosity between two gangs — the Rolling 60s Crips and the Hoover Crips. Bell's father was supposedly raising pit bulls in Washington, and had allegedly supplied dogs for an illegal dogfight between the two gangs. After allegations of foul play during the fight, Demingo Gonzales – brother to Klein and Rico Gonzales – was gunned down outside an after-hours club, providing a possible motive for retaliation.
Police credited Asia Bell's mother, Perlia Bell, with helping crack the case. Perlia Bell called the cold-case detectives regularly and formed a nonprofit anti-violence group, Senseless Violence Leads to Silence, to help victims and their loved ones deal with acts of violence. She said she hopes the break in her daughter's case will help other murder cases be solved.
"I have to believe that other murders will be solved," she said. "Other families will be free."
Although the arrests have provided some relief, she said there hasn't been a conviction yet. And while she didn't know any of the suspects, Perlia Bell said she is able to forgive them for their alleged crimes.
"I don't want to die with bitterness in my heart," she said.
Senseless Violence Leads to Silence will hold a gathering for anyone who has ever lost a loved one to violence at 6 p.m. March 24 at 1232-A N.E. Columbia Blvd.