Mayor Adams: We Will Not Honor Arbitrator's Ruling on Frashour 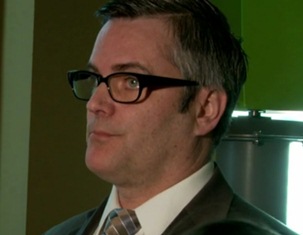 This statement just came in from the office of Mayor Sam Adams:

As Police Commissioner, I have deep respect for the often dangerous and difficult work of the men and women of the Portland Police Bureau. I have been quick to praise the Bureau's great work, even in the face of criticism. I have backed that praise with tangible support: I prevented deeper budget cuts than those faced by other City Bureaus, implemented new legal enforcement tools to keep illegal guns off our streets and approved a new training facility.

As Police Commissioner, I am also responsible for holding accountable those who fail to follow Bureau policies; one such policy is Portland's procedures for the acceptable use of deadly force. Our standards for the allowed use of deadly force are more restrictive than national standards and the local standards of other police departments. Our policy and training requires Portland Police Officers to use restraint when we receive a call to check on a person's well being, as was the case with Aaron Campbell. I believe Frashour violated our policy and training protocols regarding allowed use of deadly force.

The City Attorney has determined under Oregon law 243.706(1) that the "City has sufficient legal grounds to challenge the reinstatement of Office Frashour."

Based on the City Attorney's opinion, I will not implement the Arbitrator's decision. If the Portland Police Association challenges my action, I will request that the ERB expedite their decision-making process on this matter.

I consulted with the City Attorney, outside counsel and the Police Chief extensively on this matter. I also listened to Officer Frashour's union representative's extensive statements and spoke with Campbell's family briefly. Their collective input was invaluable as I made this decision, and I thank them for sharing their thoughts.