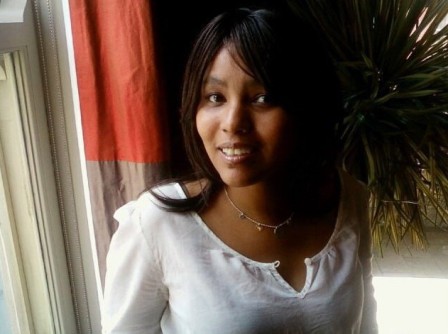 Portlander Teressa Raiford and friends' group Facebook page, "40 Days of Common Unity," is a fountain of information about Portland-area community organizing and local political issues. There members post press releases about everything from upcoming hearings on development to government reports, the Yashawnee Vaughn Movement and Williams Street bike lane development issue. Raiford says she approves most anyone who asks to join, although it is a closed group (check it out here) The Skanner News spoke with Raiford about the info page, and what she feels is most needed in the city.

The Skanner News: Why did you put up the page?

Teressa Raiford: I was born and raised in Portland, it's just that I had moved away (to Dallas, Texas) for about 14 years, and my kids would come back every summer. This past year I came home, and I started the "40 Days" because when I came home last year in August it seemed like it was so different from how it was when I left, so I figured if we start talking maybe we can make things better. Because right now it seems like everybody is so upset, they have gentrification, the gang violence is killing our kids and we should know better.
And so when I started trying to find resources it was like nobody knew where to find anything. You would ask for access to something and no one would be able to give you an answer. So I started asking, well how do you find information? How do you make it better if everybody has a job doing it and nobody has information on where to find the access? Nobody's talking and we don't live in the same neighborhood so it's kind of impossible for people to be aware of things that would be common sense.
And so I started finding out who were the credible people out in the community and I joined their mailing lists and went to their meetings and I still go and develop stuff with them, and what ends up happening is there's a lot of resources out there for the community and since I don't have a budget I just promote them on the website.

TR: 15 to 20 a day, because we also set up events. So if we find out about something that's out there, and we can't find it on Facebook, we'll set up an event and you might get two or three new events a day.
One of the things I've put on there was the Williams Avenue issue, and I added some videos and some links to Youtube so that people could understand the subject matter, and know that it wasn't just about safety and respect, it's also about economic equality, and so I posted videos that would basically give you information regarding that and what others' procedures were in other parts of the country. So that adds to the links – one link might turn into 15 pages just because pertinent information was being added to that page that was set up for it.

TSN: Let's just take that one issue right now – the Williams Avenue issue. As someone who has grown up here -- can you talk a little bit about your take on it?

TR: Basically that things are different as far as the landscape. When I came home the neighborhoods that were Black neighborhoods, or that were majority Black neighborhoods, they weren't there anymore. The buildings weren't there, the houses weren't there, and I kind of didn't understand that. When I found out from people that they didn't know how to keep their property, that when developers started coming in, the cost of having the property there was more than they could bear, and they had to upgrade and do changes and that caused them to lose it. And I was like, there's money out here when they do urban renewal there's usually benefits to restoring your property especially if you're a homeowner, and they were like, well we didn't know what those opportunities were. And I said well look around you everybody else does. And so, again, it was a lack of communication.
I think that by marketing the information and promoting community planning in several un-developed neighborhoods then you give a fair and equal opportunity to the economic development. Especially where there's federal money out there for you to share with certain people in certain communities, why not make sure that there's access?

TR: Most of the things you see posted are things I'm actually involved in. I'm trying to share my involvement with other people -- they can see something on there and they might say, oh, I had kids that had issues with that. It's just supposed to be a news feed, like how Facebook is. Except that on your regular Facebook -- which I've given mine to everybody in Portland I guess -- but the regular Facebook is where you just get to interact with your friends and family and have your 'you' time. You don't always want to be political, or organize or deal with community issues on your own Facebook.
That's why I set that page up because sometimes you might just want to tune in and network. You can expand your network and expand your community values and look for some kind of volunteer opportunities, look for something for your kids to do. But it's something where you can just scroll through like you do your news feed.
It shouldn't be overwhelming for someone looking for something to do on Facebook. If they get bored and want to be political they can see what's going on in their community. And I've been hoping to make that the trend, that's why I've been using my page to do it because I know I can do an event and then other people can post things that are going on, and then their resources become an asset.

TSN: Okay one last question: What does the name "40 Days to Unity" mean?

TR: Well, my nephew Andre (Dupree Payton) got killed last year in September. So when we set that page up, I thought, what's going to be 40 days from here? And I was like, oh it's going to be the 4th of July, and that means independence, and you know that knowledge is the key to awareness. So when we put the page together it was basically to let people know that we were seeking credible relationships over 40 days and that was to go ahead and give us access to freedom. It was kind of philosophical but that's what it was about – to give us freedom.
Read 40 Days to Common Unity on Facebook