By Helen Silvis of The Skanner News
Published: 06 May 2011 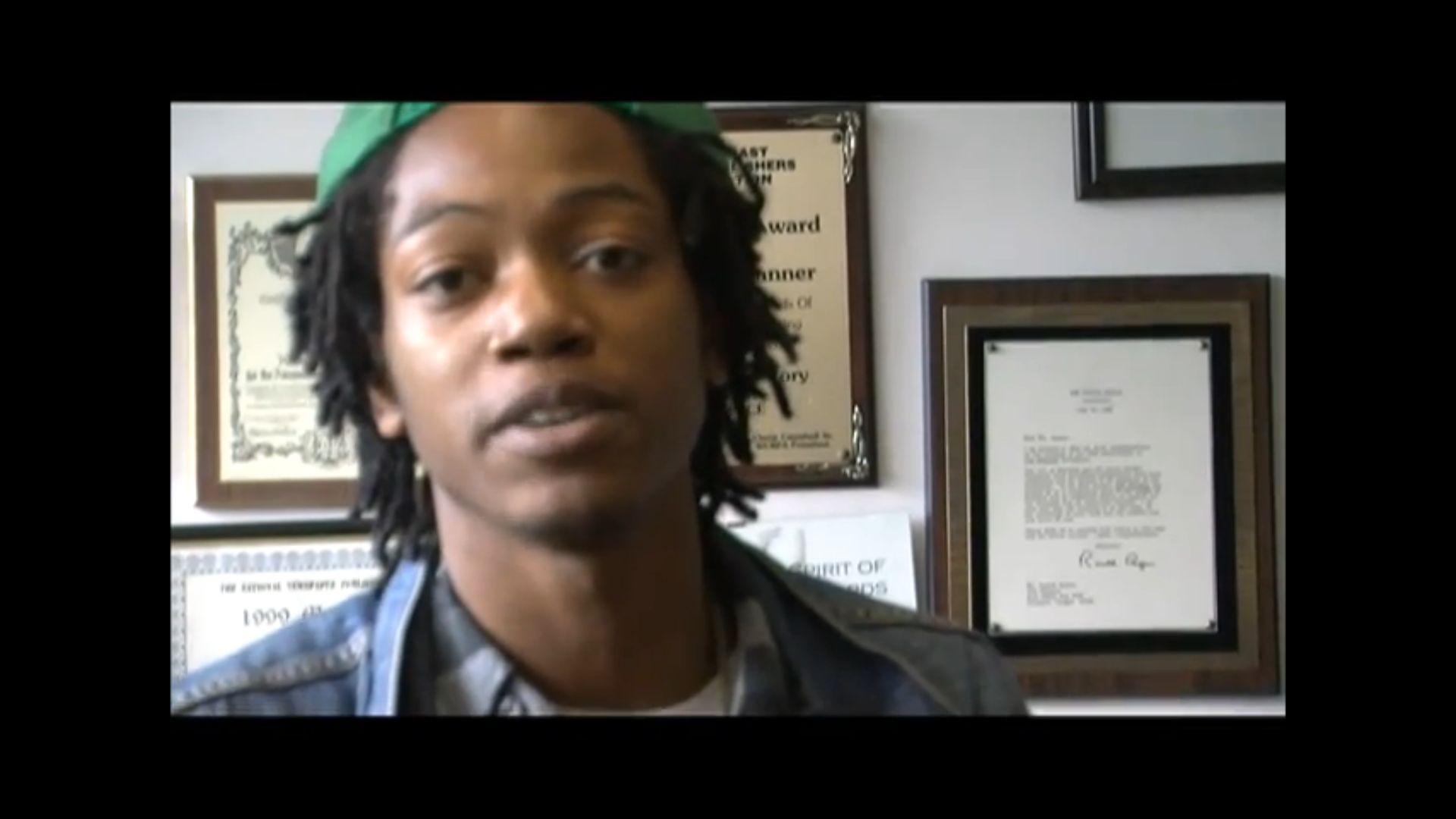 Tristan, interviewed in a Skanner News video on gang life, see link below

After weeks of rain, the sun came out last Saturday. But that didn't stop about 60 men, women and children – most of them Black and Latino –from heading to David Douglas High School to share their views on how to end youth violence. On a table near the back of the hall stood a forest of funeral prayer cards, memorials to young people whose lives had ended before they'd really begun.
"These are our kids," said Royal Harris, who works with gang members. "These are our kids who are dying. These are our kids who are not graduating. That is terrible."
Saturday's gathering, organized by The Restore The Village campaign and Multnomah County's department of Juvenile Justice, was just one of many gatherings called to bring healing to Portland's communities of color. Just last week, Teressa Raiford, a business development consultant, organized a town hall meeting for the Andre Dupree Payton Foundation, while at the same time gang outreach veteran John Canda met with a group of volunteers who answered his call for 100 men to walk the streets and talk to Portland's minority youth. The sense of urgency comes after a string of tragedies in the space of weeks. Three families have been devastated by the loss of a teen. Two more teens have been wounded. And one 16-year-old African American boy awaits trial on murder charges. The Skanner News Video: Growing up in gangs

A Gospel fundraiser is set for ‎6:30 pm tonight Friday, May 6th at Maranatha Church, 4222 NE 12th Ave. proceeds will support the search for Yashawnee Vaughn, the missing 14-year-old who police believe to be dead.

Harris kicked off the discussion at David Douglas by noting that Portland's African American community is now fragmented, driven out of Northeast Portland by gentrification. And 'the numbers' – the impoverished, resource-starved neighborhoods east of 82nd Ave. – offer a perfect environment to grow gangs. About 75 percent of the students at David Douglas High School are poor enough to need free- and reduced-cost school lunches, he noted. Only 51 percent of Portland's African American students are graduating.

Sam Thompson initiated the Restore The Village campaign last September, after 19-year old Andre Payton was shot dead outside a nightclub. Thompson, who worked as a high school advocate with Self Enhancement Inc., had helped steer 'Dre' away from gangs and supported him through high school. Now he's working with everyone from Multnomah County Juvenile Justice staffers and outreach workers and former gang members to create a community that cares more and does more for kids.

At the meeting Thompson spoke about girls who display their budding sexuality because that's the only way they get attention and love. He spoke about boys who are always the last ones out on the street playing, the ones who never want to stop playing.

"When you see that kid," Thompson said. "Cook them a meal. Say hello. Ask them how they are doing."

Among those at the meeting were Andre Payton's mother, a vice-principal from David Douglas High School, John Canda and staffers from Multnomah County Juvenile Justice as well as moms, dads and children. Some spoke out strongly, urging parents to be there for their children and take responsibility for caring for them. One outreach youth worker, echoed calls to reach out to youth in trouble. "I give them food; I take them home. That's what they are hanging out for," he said. "How do you spell love? T.I.M.E. Do you know how you say love? 'I see you.'"

"If You Don't Know Your Rights You Don't Have Any"

At the Common Unity Town Hall: My City My Soul,  filmed at Portland Community Media Aprl 27, five panelists discussed how to build a community that truly supports African American families.

"We are living in difficult times, no doubt," said Pastor Emmett Wheatfall, who moderated the meeting. "We've been pulled back from the brink of economic collapse. We have problems in terms of education, health care, economics, employment. These kinds of things put stress and strain on communities."

The discussion looked at ways to build community through education, volunteering and supporting families and children. Jeffrey Brooks a retired teacher, said schools working with disadvantaged and minority students need to push literacy, and teach African American history and culture. Brooks urged community members to volunteer in schools or nonprofits. "The system is generic and it doesn't move unless you confront it," he said. "The foundation of knowledge is the ability to be literate….Malcolm X was an extremely intelligent individual who never went to college: he was self-taught."

Elroy Bell talked about valuing Black America's cultural heritage. "Accept people from every level and listen to what they've got to say without being judgmental," he said.

Calvin Henry talked about the value of civic education, saying, "If you don't know your rights, you don't have any."

And Dee Etta Parker shared some wisdom from her family tradition. "My mother always empowered us to do better," she said. "Your kids have to be comfortable coming to you and asking you to help them."

After the town hall, Raiford said she plans to keep the events coming. Her aim? To encourage and support grassroots activism aimed at repairing Portland's community networks that help youth.