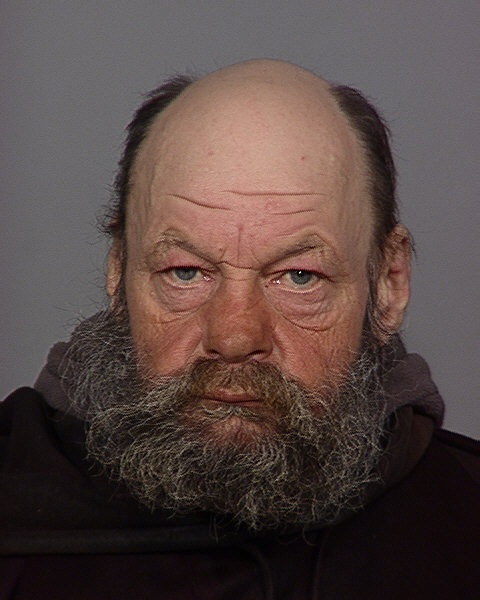 Portland Police this morning released details of Officer Jason Walters' testimony on the fatal shooting Monday of Jack Dale Collins, 58, at Hoyt Arboretum.
Walters was interviewed on the shooting by Portland Police Detectives yesterday afternoon, roughly 48 hours after the killing. A grand jury is scheduled to take up the case next week.
Witnesses report that Collins had threatened to kill a woman and her son right before the officer arrived, police said. The woman told an arboretum staff member, who then called 9-1-1.
Walters, who police say has worked the area around Washington Park for five years, first called for a Hooper Detox Unit come to the scene, then spoke with the park employee and learned Collins was in the bathroom.
The Police Bureau statement on Walters' version of events is as follows:
"Officer Walters approached the bathroom door and knocked on it. A male subject, later identified as Jack Collins, opened the door and Officer Walters immediately saw that Collins had blood on his face, neck and hands. Officer Walters asked Collins if he needed help but Collins did not respond. Officer Walters saw that Collins had a knife in his hand and immediately began to back up in order to provide distance between himself and Collins. He also started giving commands to Collins to drop the weapon and called for immediate cover officers. Collins exited the bathroom and began walking towards the officer. Officer Walters continued retreating and shouting commands to Collins to drop the weapon. Collins continued advancing on Officer Walters and told the officer that he was not going to drop the weapon. Officer Walters was unable to continue retreating due to physical barriers but continued to give commands to Collins to drop the knife. Collins continued advancing and Officer Walters fired two gunshots. Officer Walters saw Collins remain standing and slowly spin around with the knife still in his hand. Officer Walters gave more commands to drop the knife but Collins again advanced towards him. Officer Walters then fired two more shots. Collins dropped to the ground and Officer Walters called for immediate medical assistance."Police say they are still looking for more witnesses, and anyone who saw the incident should call Detective Mark Slater at 503-823-9319.