Buffalo Soldier Dedication to Be Held at Fort Vancouver on Saturday, Sept. 21 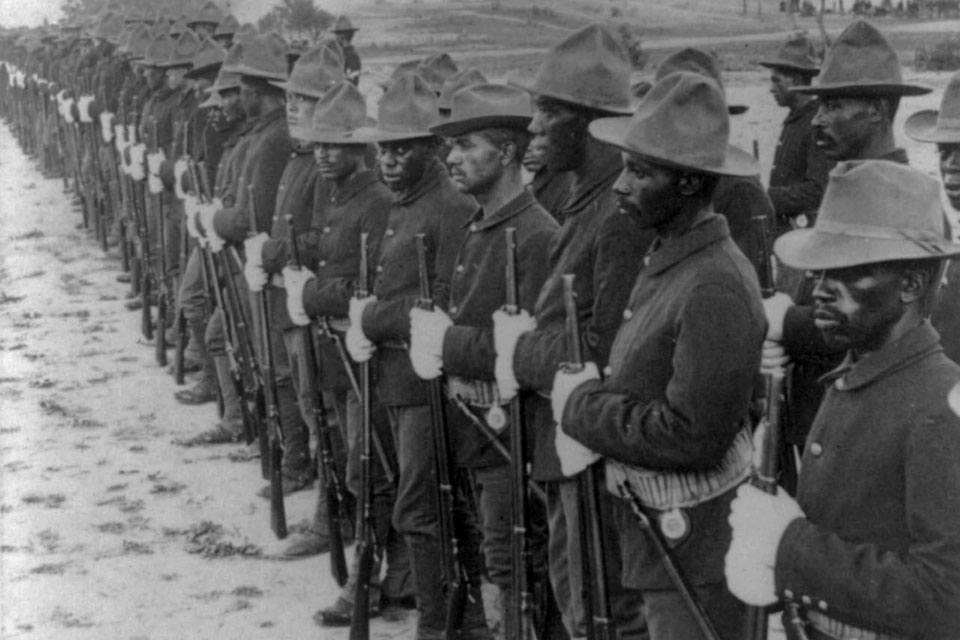 The Historic Trust will host the ribbon-cutting ceremony for the Buffalo Soldier Dedication at the Fort Vancouver National Site on Saturday, September 21, 2019, at 11:00 a.m. The memorial is located in front of the Infantry Barracks at 705 E. Barnes Street.

For thirteen months beginning in 1899, a company of 103 soldiers from the U.S. Army’s 24th Infantry—one of four African American regiments known as Buffalo Soldiers—garrisoned at Vancouver Barracks. While in the Northwest, the soldiers participated in military, political, and social activities, and raised local awareness of the national policies and practices that beleaguered African Americans.

The installation was spearheaded by Wilson Keller, a 17-year-old Eagle Scout, who recognized the importance of the Buffalo Soldiers’ contributions to the history of this nation and saw their lack of recognition at Fort Vancouver. Keller said, “I was inspired by the Buffalo Soldiers’ sacrifices and bravery after a presentation I attended. I wanted others to share that inspiration. It’s so important to represent the entirety of our armed services history and the Buffalo Soldiers from the 24th and 25th Infantries who served honorably.”

Several entities and individuals assisted with the installation including the National Park Service (NPS), The Historic Trust, The Buffalo Soldiers Moses Williams Chapter, the Community Military Appreciation Committee (CMAC), Boy Scout Troop #648, as well as private and business donors. The ceremony will be attended by public officials, the NPS, CMAC members, The Historic Trust staff, Troop #648, and Buffalo Soldier veterans.

Members of Willie Morehouse’s family, who was a Buffalo Soldier who served in Vancouver, will participate in the ribbon-cutting ceremony which will be for the first African-American memorial in the city of Vancouver.

David Pearson, The Historic Trust CEO and President states, “We are proud of Wilson, his troop, and all of the partners who made this overdue memorial a reality.

"The Buffalo Soldiers are an important part of U.S. history, as well as to this community’s history.

"Preserving and recognizing their service at Fort Vancouver is what makes this place special.”