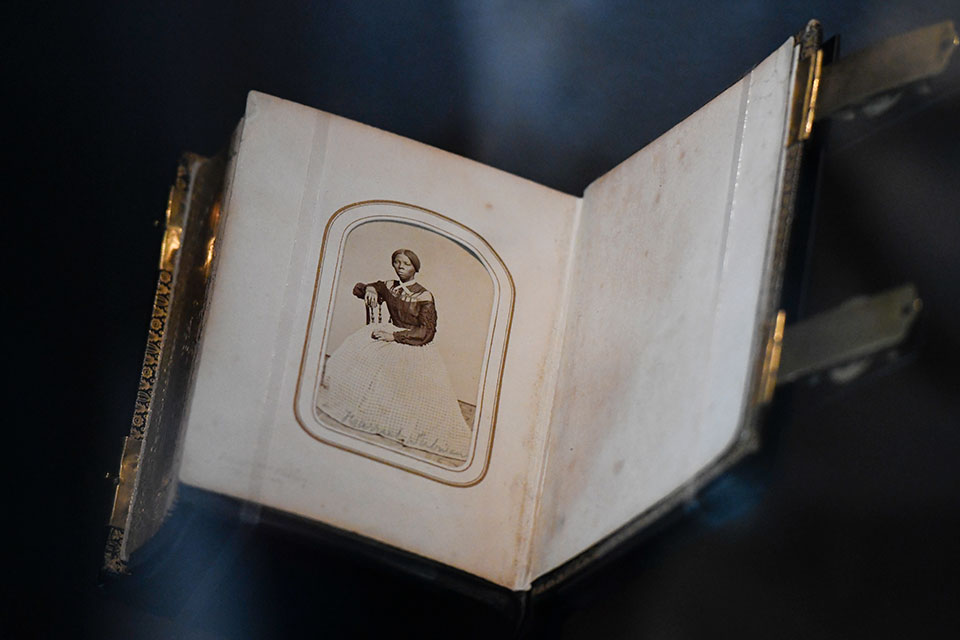 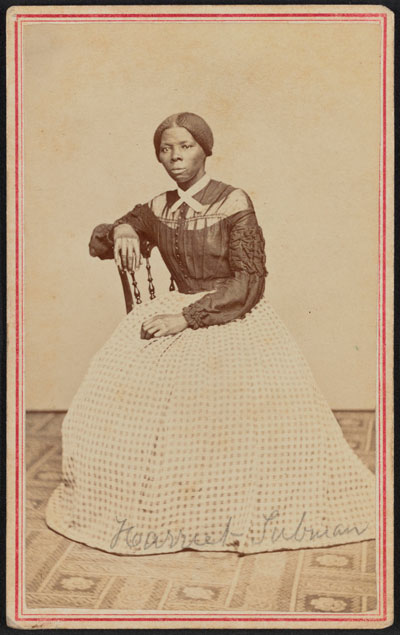 Collection of the National Museum of African American History and Culture shared with the Library of Congress. Photo courtesy of the SmithsonianThe Smithsonian’s National Museum of African American History and Culture will display—for the first time—the Emily Howland photography album containing a previously unknown portrait of abolitionist and Underground Railroad-conductor Harriet Tubman. The Howland album will be the museum’s first acquisition to be displayed in Heritage Hall, the museum’s main entry hall. It is on exhibit Monday, March 25, through Sunday, March 31, and then relocated to the “Slavery and Freedom” exhibition on the C3 Level in the museum’s History Gallery.

A recently announced visitation policy allowing for walk-up entry without passes Monday through Friday starting at 1 p.m. will provide visitors access to viewing the Tubman photograph.

“This photo album allows us to see Harriet Tubman in a riveting, new way; other iconic portraits present her as either stern or frail,” said Lonnie G. Bunch III, the founding director of the museum. “This new photograph shows her relaxed and very stylish. Sitting with her arm casually draped across the back of a parlor chair, she’s wearing an elegant bodice and a full skirt with a fitted waist. Her posture and facial expression remind us that historical figures are far more complex than we realize. This adds significantly to what we know about this fierce abolitionist—it helps to humanize such an iconic figure.”

“Harriet Tubman was a change-maker and a trailblazer—a citizen who helped shape this country,” said Librarian of Congress Carla Hayden.

“This amazing album gives us a new view of her life, along with dozens of other abolitionists, educators, veterans and leaders who took an active role in citizenship. At the Library of Congress, we’re focused on exploring America’s change-makers, and we’re thrilled to join the Smithsonian in sharing these portraits with the nation.”

Since the acquisition, Library of Congress conservators have carefully reattached the cover, treated the leather album and cleaned the photographs to ensure long-term preservation. Digitization experts from both institutions consulted on the best scanning specifications to use. Two catalogers have studied the individuals portrayed and found full names for all but three of the people. They invite the public to help identify the remaining individuals.

The portraits displayed together in the album can tell many stories. Education is a strong theme as well as abolition. At least 10 individuals portrayed were teachers, including African American women. They were identified through genealogy records and Freedmen’s School reports published in Quaker journals. Two of the teachers, Nancy Johnson and her sister, Mary Ann Donaldson, were part of the American Missionary Association’s effort to educate African Americans at Port Royal, South Carolina, during the early 1860s.

Because of Her Story

Display of Howland’s album is part of the Smithsonian American Women’s History Initiative, “Because of Her Story.” The initiative is one of the country’s most ambitious undertakings to research, collect, document display and share the compelling story of women. It will deepen our understanding of women’s contributions to the nation and the world. More information about the initiative is available at womenshistory.si.edu.

About the Library of Congress: The Library of Congress is the world’s largest library, offering access to the creative record of the United States—and extensive materials from around the world—both on site and online. It is the main research arm of the U.S. Congress and the home of the U.S. Copyright Office. Explore collections, reference services and other programs and plan a visit at loc.gov and register creative works of authorship at copyright.gov