City of Portland Announces Proposed Members of the Portland Utility Board 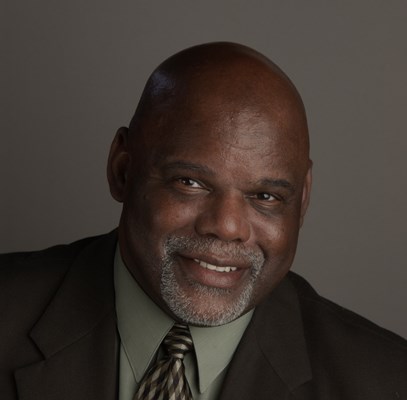 From the City of Portland

Mayor Charlie Hales and Commissioner Nick Fish will ask the Portland City Council to approve the appointment of the inaugural nine members of the city’s newly created Portland Utility Board.

The City Council previously directed the creation of the new board, based on the recommendations of the Utility Oversight Blue Ribbon Commission. The new body will report to City Council and will provide independent oversight of the Portland Water Bureau and Bureau of Environmental Services.

The nomination will go before the Portland City Council on Wednesday, Aug. 19.

“We were impressed by the number and quality of the applicants for these important positions,” Commissioner Fish said. “I am grateful to the citizens who have agreed to serve as the public’s eyes and ears on utility management and the rate making process.”

Proposed board members represent a variety of technical and management disciplines including public and private utilities, engineering, planning, finance, environmental science and water system management. The panel includes a current wholesale water customer, and a representative with a focus on low-income utility customers.

“This advisory board will keep an eye on issues related to Portland’s affordability, livability and equity,” Mayor Hales said. “We are impressed by the depth and breadth of knowledge represented by these nine individuals, and grateful that they have stepped up to serve.”

The Board will meet year-round and will serve as the budget advisory committee for both public utilities.  It will convene in September and will have its own professional staff from the independent City Budget Office.  All meetings will be open to the public, and will offer opportunities for public comment.

Meredith Connolly is the Policy Advisor and Contract Counsel for the International Program of the Natural Resources Defense Council (NRDC).  She has a JD from Boston College, and serves as a volunteer for the NW Energy Coalition and the Portland Parks Tree Inventory Program.  As part of the NRDC’s India initiative, Meredith works with partners to implement clean energy, public health, and climate policies.

Michael Harrison is the Associate Director of Local Relations for OHSU. He is a graduate of Portland State University’s Master of Urban and Regional Planning program, and has 13 years of experience serving on the staff of elected officials.  He previously served on the BES Budget Advisory Committee.  A fourth generation Portlander, Michael has lived in neighborhoods from Cully and Homestead to Lents and the Northwest District.

Janet Hawkins is the Community Action Coordinator for Multnomah County DCHS Community Services, and has a Master’s in Public Administration from Portland State University. She serves as the current Chair of the Hayhurst Neighborhood Association and on the Board of Directors of the Oregon Fellowship of Reconciliation. Janet was recommended to the PUB by Elders in Action, and has a special interest in how utility rates affect low-income households.

Gwynn Johnson is an Associate Professor in the Department of Civil and Environmental Engineering at Portland State University, and has a PhD in Soil, Water and Environmental Science.  She served on the Governor’s Resilient Oregon Steering Committee’s Water and Wastewater Task Group. Gwynn has worked extensively with issues regarding water, wastewater, and stormwater, including treatment, storage, and conveyance.

Robert Martineau is a Water Operations Mechanic at the Portland Water Bureau. He also serves as the Executive Vice President of AFSCME Local 189, where he chairs the Policy Committee.  Rob attended all of the meetings of the Utility Oversight Blue Ribbon Commission, and brings knowledge and experience as a front-line operator of Portland’s drinking water system.

Julia Person is the Sustainability Manager at Craft Brew Alliance, home to Widmer Brothers Brewing, Oregon’s largest craft brewery.  She has a Master’s of Urban and Regional Planning from Portland State University. Julia is a Certified Energy Manager and member of the Association of Energy Engineers, and brings the perspective of large water users.

Kendra Smith is the Director of the Model Watershed Program in Oregon for Bonneville Environmental Foundation, and has a Master’s of Science in Ecosystems Management. She served as a member of the Utility Oversight Blue Ribbon Commission. For 12 years, Kendra was Water Resources Program Manager at Clean Water Services. She serves on the Metro Greenspaces Capital Grants Selection Committee and the Portland Urban Forestry Commission.

Allan Warman is the Director of the Key Customer Group at Portland General Electric, and has a Master’s in Applied Economics from PSU. He has worked mostly in the private sector since 1980, including a long tenure with The Boeing Co. as an Energy and Conservation Manager.  Allan has served on numerous non-profit boards.  Currently, he is on the board of Oregon Mentors/Institute for Youth Success and the President of the Rocky Butte Homeowners Association and a member of the Portland Business Alliance.