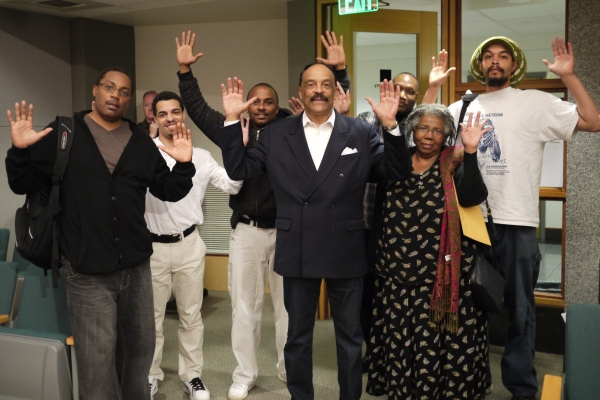 King County Sheriff's Office has abandoned plans to bring back the chokehold restraint.

Sheriff’s office spokeswoman Sgt. DB Gates told The Seattle Times that King County Sheriff John Urquhart has decided not to train officers to use the chokehold, also known as the lateral vascular neck restraint, because of community concerns over the technique. The department abandoned use of the chokehold restraint 10 years ago.

Seattle King County NAACP and community members argued against the use of the restraint at a forum held by the Sheriff’s Office at Tyee High School in SeaTac.

The chokehold has resulted in deaths. In New York July 17, father of six Eric Garner died after a police officer put him in a chokehold.

“The Seattle King County NAACP stood in strong opposition to the King County Sheriff’s recent implementation of a policy that would allow officers to use the choke hold. Given that the policing departments in the King County area all too often engage in the practice of using unnecessary or excessive force in violation of the law, we had serious concerns about the impact this policy would have on people of color in King County.

Due to continued pressure and vocal opposition from the Seattle King County NAACP and concerned residents at a recent community forum, we are happy to announce that the King County Sheriff’s Office will no longer use this dangerous and outdated technique.

The history of the choke hold has shown that it can be deadly either purposely or inadvertently. It is often used on African Americans and has been used in instances when it is clear that less force is needed to restrain and control people resisting arrest. In fact, just last month, a black man in New York was killed from the use of this technique.

The Sheriff’s announcement yesterday shows the power we have as a community to come together and take a stand against injustice. Thanks to the hard work of Seattle King County NAACP President Gerald Hankerson, former NAACP Presidents James Bible and Sheley Secrest, and Prisons Committee Chair Mary Flowers, as well as countless concerned community members, we ensured that we won’t lose another black life in the King County area to the choke hold.

The Lateral Vascular Neck Restraint has no place in any law enforcement agency, and we will continue to oppose its use in any context. We are pleased with the Sheriff’s decision to stop further training around this technique and it is our hope that King County Council will join other jurisdictions in the United States and pass legislation that makes the use of this restraint unlawful."