'I Will Follow' Adds Breath of Fresh Air to Black Melodramas 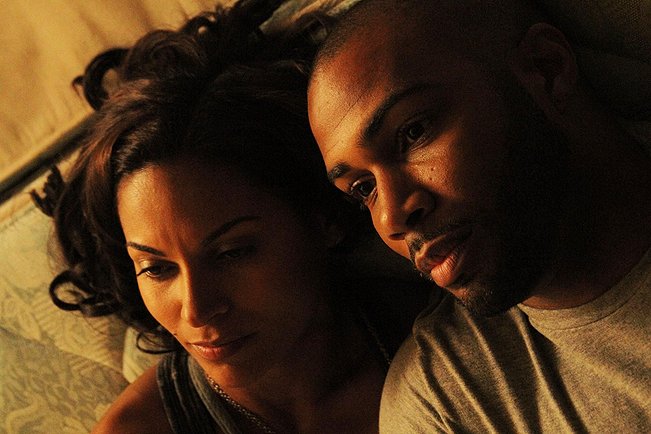 For some reason, most movies aimed at African-American audiences tend to be either over-the-top comedies or morality plays too melodramatic in tone to be taken very seriously. Flying in the face of that trend is I Will Follow, one of those refreshingly rare treats which simply presents Black folks in a recognizably realistic fashion, ala such similarly understated classics as Eve's Bayou (1997), Nothing But a Man (1964) and The Visit (2000).

Written and directed by Ava DuVernay (This Is the Life), the picture stars Salli Richardson-Whitfield as Maye Fisher, a successful makeup artist who put her career and her man (Blair Underwood) on hold to attend to a beloved Aunt (Beverly Todd) battling cancer. Amanda had served as an inspirational role model for Maye during childhood, which made it easy for the grateful niece to resolve to return the favor at her hour of need.

The film unfolds in L.A. over the course of just 24 hours right in the wake of Amanda's funeral. At the point of departure, we find Maye preparing to vacate the house she had rented for them to share since it had always been her Aunt's dream to live atop breathtaking Topanga Canyon. While packing up their belongings, the grief-stricken caregiver pauses periodically to reminisce about the fond memories triggered by this or that item she's wrapping.

However, between those evocative flashbacks, she has no choice but to attend to a variety of mundane matters like terminating the television satellite service and directing the moving men. Proving even more disruptive of Maye's mourning process is the arrival of Amanda's absentee daughter, Fran (Michole Briana White), who only showed up to collect her inheritance and to blame her cousin for her estranged mother's death.

"She wanted trees. She didn't want to fight, or chemo," Maye matter-of-factly," responds. But her heartfelt explanation falls on the deaf ears of a witch who insensitively demands, "I want my mother's stuff!" before storming out.

At the end of the day, exhausted and drained, Maye finally finds a shoulder to lean on in tow truck driver, Troy (Omari Hardwick). And before the sun can set on this compelling, character-driven drama, she has to reassess her own relationship priorities as she contemplates dating a sensitive brother despite his modest means.

Congrats to Salli Richardson-Whitfield for delivering a career performance, here, and to Ava DuVernay for shooting such a thought-provoking meditation on mortality in just a couple of weeks and on a micro budget.