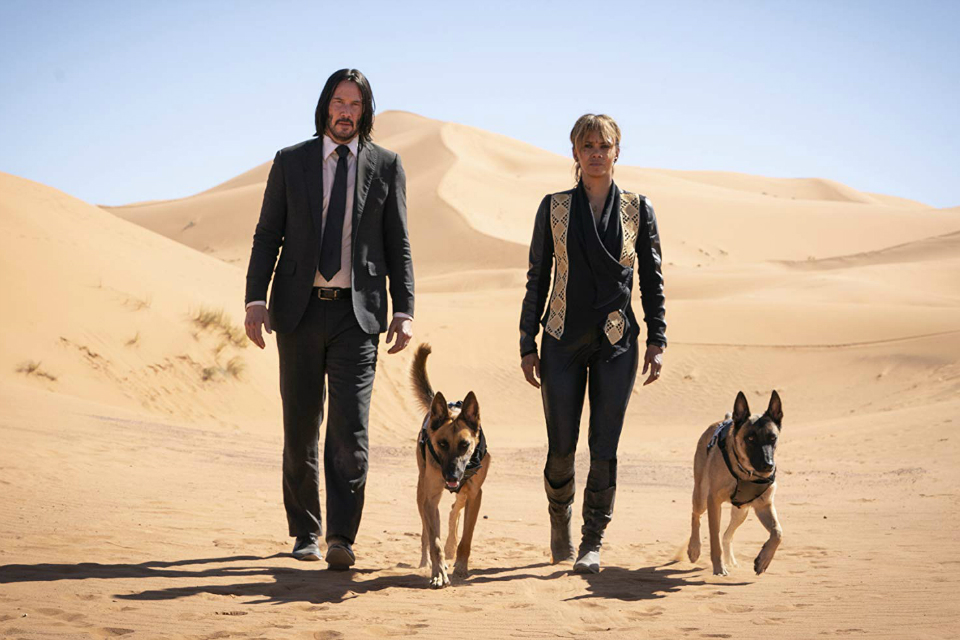 A Dog's Journey (PG for peril, rude humor and mature themes) Heartwarming family tale about a stray dog that touches the lives of all the strangers it meets. Starring Dennis Quaid, Betty Gilpin and Josh Gad.

John Wick: Chapter 3 – Parabellum (R for profanity and pervasive violence) Third installment of the action-fueled franchise finds Keanu Reeves returning as an assassin with a $14 million dollar bounty on his head and on the run from a gang of blood-thirsty hit men. With Laurence Fishburne, Halle Berry and Ian McShane.

The Sun Is Also a Star (PG-13 for profanity and suggestive content) Romance drama about a teenage girl who falls in love with a boy of her dreams on the same day her family is supposed to be deported from New York City. Co-starring Yara Shahidi and Charles Melton.

All Creatures Here Below (Unrated) Harrowing tale of survival revolving around a desperate homeless couple (David Dastmalchian and Karen Gillan) on the run from the police as they travel from L.A. to Kansas City. With Jennifer Morrison, David Koechner, John Doe and Richard Cabral.

Aniara (R for for strong sexual content, graphic nudity, disturbing images and drug use) Adaptation of Harry Martinsson's sci-fi thriller of the same name about a crew that only learns en route that their space trip to Mars is only one way. Cast includes Emilie Jonssen, Bianca Cruzeiro and Arvin Kananian.