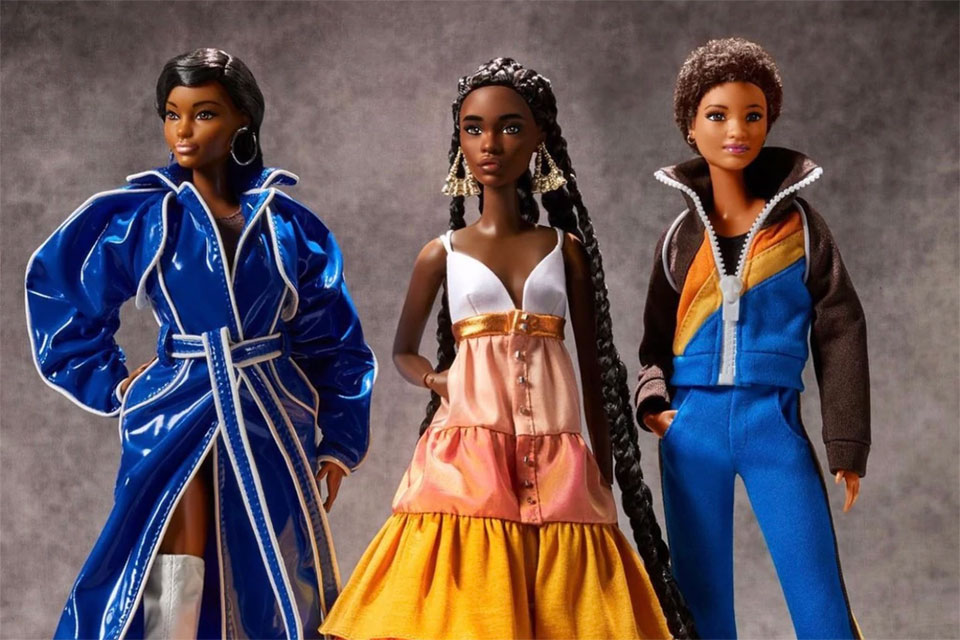 Mattel’s Barbie is continuing its commitment to diversity and inclusion, announcing a new partnership with Harlem’s Fashion Row (HFR) in honor of Black History Month. The two are rolling out a high-fashion editorial featuring looks that are exact miniature replicas of three Black designers. The fun-sized original designs will be featured on an array of Barbie dolls, highlighting looks from Hanifa, Kimberly Goldson and Rich Fresh.

Hanifa’s design, created by founder Anifa Mvuemba, is the “Brooklyn Jacket,” taken from her fall 2021 collection. Mvuemba said it is a dream coat and being able to showcase it on a Barbie is a once in a lifetime chance to see another dream come to life.

“Who didn’t love Barbie as a little girl? I loved my Barbie Dream House with the most perfect elevator. It gave me the chance to dream in real life. I’m so thankful for this opportunity to connect to my childhood and I’m happy to see that little Black girls everywhere can see themselves starting with their favorite toy,” said Mvuemba.

Sisters Kimberly Goldson and Shelly Powell, founders of Goldson, will also be showcasing a look from their spring 2022 collection entitled “Blissful Evolution.” The duo chose their “Mari” dress, a multilayered, multi-texture maxi type dress paired with their copper metallic “Lizzette” shorts, a sure-fire nod to the fabulousness of New York streetwear.

“It is powerful of Barbie to use her platform to help bridge the gap on the way we look at people of various shades and from different backgrounds. That made it important for me to partner with her to wear Kimberly Goldson for Black History Month. I chose a look that personifies the KG aesthetic which is born out of our Brooklyn culture and driven by luxury. She’s ready for Bed-Stuy!,” said Goldson.

The last look comes from designer Patrick Henry, known professionally as “Fresh,” owner of Rich Fresh. The look is a tracksuit from his 2021 winter collection, modeled after Fresh’s muse, August McQueen. The color blocked tracksuit gives Barbie an easy athleisure day to night transition with a touch of pizazz. Fresh said it was important to join the project due to the necessity of representation.

“What drew me to the Barbie project the most is the level of inclusivity I saw in the Barbie universe. There’s Barbies for everybody. Deliberately, I knew this would be a project I could get involved with. It’s important for kids of all cultures to see themselves. Representation is vital. Involving Black creatives gives us the opportunity to contribute to the narrative. The significance of doing this during Black History Month is important, but what’s more important is the continued efforts to involve creatives of all backgrounds to help represent themselves within the Barbie universe,” Fresh said. 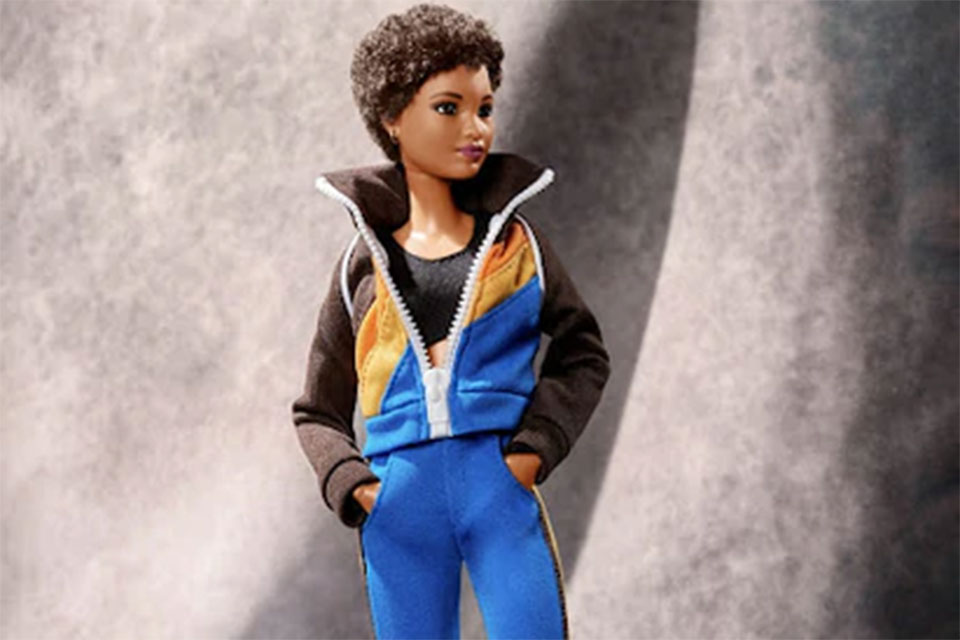 The editorial is expected to debut on Barbie’s global platform @BarbieStyle this week. While the outfits were styled on real Barbies, they will not be for sale, focused only on raising awareness and support for Harlem’s Fashion Row.

HFR and Icon360 founder and chief executive officer Brandice Daniel, spoke of the importance of the partnership, saying, “Since its inception, Barbie has been a rite of passage, an impression of self-awareness for young girls everywhere. Now, more than ever, Barbie celebrates our differences and I’m excited that Harlem’s Fashion Row gets to play a part in widely diversifying their style, too. With this Black History Month collaboration, Black designers…give Barbie fresh-off-the-runway appeal with their unique design aesthetics.”

Congratulations to all the featured designers!