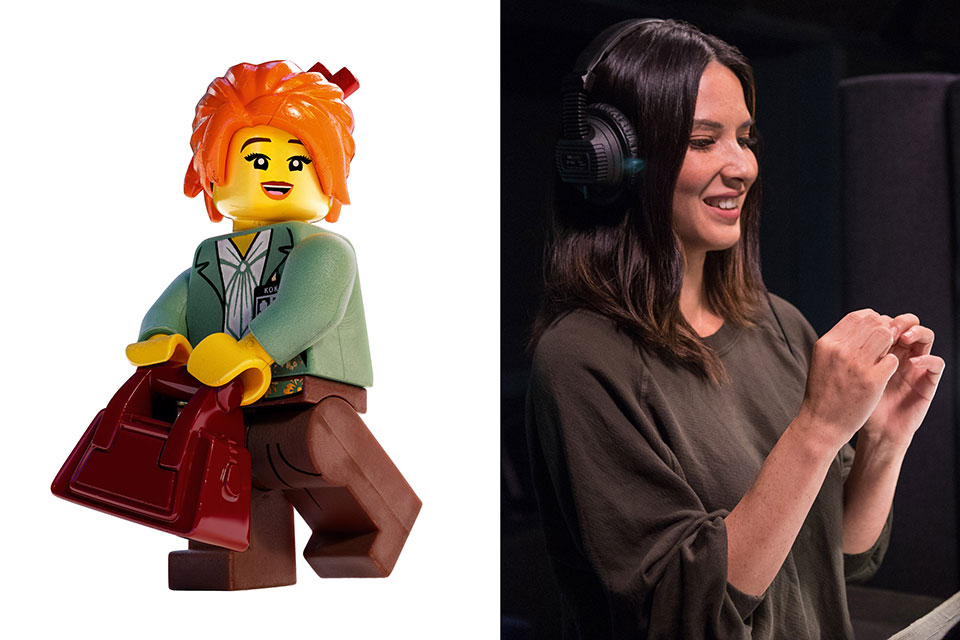 Lisa Olivia Munn was born in Oklahoma City on July 3, 1980 to a mother of Chinese extraction, and to a father of English, Irish and German descent. She spent most of her childhood in Tokyo where she learned to speak fluent Japanese. She moved back to the U.S. in her mid-teens to finish high school before attending the University of Oklahoma.

In 2006, Olivia joined G4 Network’s popular “Attack of the Show!” as co-host. She subsequently joined “The Daily Show with Jon Stewart” as a correspondent, becoming one of five female cast members to ever appear on the program. Her first book, "Suck It, Wonder Woman! The Misadventures of a Hollywood Geek" debuted on both the New York Times and Los Angeles Times best seller lists upon its release in 2010.

Last year, she co-starred in “Office Christmas Party,” alongside Jason Bateman and Jennifer Aniston, and as Psylocke in “X-Men: Apocalypse.” Priot to that, she appeared in Ride Along 2 as a homicide detective, opposite Kevin Hart and Ice Cube. And she'll be in The Predator, opposite Keegan-Michael Key and Sterling K. Brown, which is slated to be released on August 3, 2018.

Lauded in 2014 by Variety as the Breakthrough Actress of the Year, Olivia's other film credits include Mortdecai, Deliver Us from Evil, Magic Mike and Iron Man 2. She enjoyed an arc on the Fox Emmy-nominated sitcom “New Girl,” and appeared in the Emmy-winning Showtime environmental documentary series “Years of Living Dangerously,” from James Cameron and Jerry Weintraub.

Olivia serves as a spokeswoman on numerous environmental issues, including working with the U.S. Environmental Protection Agency and the Sierra Club. Here, she talks about her latest outing as the voice of Koko in LEGO Ninjago, an animated action-adventure co-starring Jackie Chan, Dave Franco and Fred Armisen.

Kam Williams: Hi Olivia. I'm honored to have this opportunity to speak with you.

Olivia Munn: Thanks. It's nice to speak to you, too, Kam.

KW: I loved this film. Had you seen the other LEGO movies before making this one?

OM: Yes! They were so great.

KW: How did you like playing Koko, Lloyd's mom?

OM: I loved playing the upbeat, positive person that Koko is. and it was also nice that I was encouraged to let my inhibitions go and create a really fun character.

KW: I found the film both hilarious and very touching. What's the key to generating chemistry to that extent in an animated adventure, when you don't even get to act opposite other actors?

OM: That's an interesting question. Thankfully, we had an amazing director [Charlie Bean] who knew what everybody else was doing, so he could guide us in the right direction, and make sure we're always in sync and using the right tone. Basically, it's really just like playing pretend.

Be okay with who you are. And that you can't choose your parents or what life you were born into, but you can choose the kind of person you want to be

OM: I think the message of the movie is "Be okay with who you are. And that you can't choose your parents or what life you were born into, but you can choose the kind of person you want to be." That's what Lloyd is figuring out. He comes to understand that you don't get to choose a lot in life, but you do get to choose your character.

KW: I really enjoyed your book, "Suck It, Wonder Woman!" Do you have any plans to write another?

OM: I don't have a plan, but it's been rolling around in my head recently that I should do another book. I have some ideas for it that I've been thinking about. Well, as a writer, you know how hard it is to focus your brain on one specific topic for such a long time, and have to organize the material and put it all together. But, yes, I guess I would like to do another one.

KW: “LEGO Ninjago” is a sequel, and so are a number of your upcoming movies: “X:Men: Dark Phoenix,” “The Predator” and “Ocean's Eight.”

OM: I just do a cameo in those films, although it's exciting to be a part of them.

KW: But you're going to have a prominent roll in “The Buddy Games,” Josh Duhamel's directorial debut.

OM: Yeah, he wrote it and stars in it, too. It has such a great cast: [Olivia's boyfriend] Nick Swardson, Dax Shepard, James Roday, Kevin Dillon, Dan Bakkedahl.... Honestly, it was one of the most fun shoots I've been on. Those guys had me laughing constantly. It really was a testament to Josh how all these friends were eager to participate in his passion project. As actors, we always want to step up and help out each other. And he knew exactly how to cast each of us.

OM: I enjoy when people just ask me random stuff.

KW: Okay, I got a lot of random questions. Ling-Ju Yen asks: What is your earliest childhood memory?

OM: Playing on a Slip 'N Slide with my sister at my grandma's house.

OM: I see an Asian-American woman.

OM: It's not exactly a pleasure, but I procrastinate way too much, to the point that it feels like something I shouldn't be doing, but my guiltiest pleasure is probably watching “The Real Housewives.”

OM: Gosh, I have a lot. I lean towards wearing the smaller, up-and-coming designers, because I know what it's like to hope that people are giving you a shot when you're starting out.

OM: I don't know if he's a monster, but I love Beetlejuice.

KW: He's definitely a monster. He really creeped me out. The Viola Davis question: What’s the biggest difference between who you are at home as opposed to the person we see on the red carpet?

OM: I'm exactly the same. I'm in full hair and makeup and wear a gown every morning. [Chuckles] There are many differences. On the red carpet, you have to be comfortable just standing there while everybody takes your picture. I think the biggest difference is in how I look. For the carpet, I go full glam. I love it when I have my hair and makeup done. I just feel all done-up.

OM: When I was 16 years-old, I was living in the Las Vegas suburbs with my biological father. A girlfriend and I got really bored one day, so we decided to take the bus out to The Strip. We missed the bus on the way back, so we decided to walk home. But she got so tired walking that she decided to accept the offer of a ride from about the fifth car that pulled over. She was like, "I'm getting in!" I couldn't let her go alone, so we we got into the back of this car with a couple of pretty shady guys we had to pretend we wanted to hang out with, because they didn't want to just drop us off. Looking back, I think we we're very lucky that nothing bad happened to us. Yeah, that was pretty crazy. I guess it's the sort of dumb thing you do when you're young and have no foresight.

OM: In my wallet? Canadian dollars.

KW: Thanks again for the time, Olivia, and I really enjoyed our chat. .