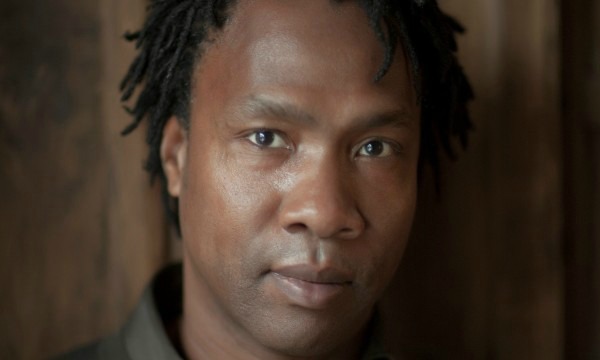 In 2010, Roger Ross Williams became the only African American to win an Academy Award for directing and producing the documentary Music by Prudence. Three years later, he directed God Loves Uganda which premiered at the Sundance Film Festival to enormous critical acclaim before airing on the PBS series "Independent Lens."

He recently finished shooting Life, Animated, an animated documentary inspired by Pulitzer Prize-winner Ron Suskind's memoir about raising his autistic son. And Roger has several works currently in development, including an interactive project called Traveling While Black and a feature documentary about the prison Industrial complex for The Why? Foundation.

He serves on the artist advisory board for the Sundance Institute, and splits his time between upstate New York and Amsterdam, The Netherlands. Here, he talks about his latest offering, Blackface, a CNN short film about a minstrel Christmas character celebrated in the Netherlands known as Black Pete.

Kam Williams: Hi Roger, thanks for the interview.

KW: What inspired you to make Blackface?

RRW: When I first saw a White Dutch person dressed up as Black Pete, I was both sickened and shocked. It’s hard to stand next to someone who views your skin color and hair as a costume. As a filmmaker, whenever I get that feeling, I want to explore what motivates people to engage in such offensive behavior and enlighten folks about its origins.

KW: Do you think that there's malice towards blacks underpinning the Dutch Christmas tradition?

RRW: I think many Dutch just don’t know the history of Black Pete, that he is rooted in slavery, and how he was used to dehumanize a race of people. Once they realize this, many stop, but those who continue are either in denial, insensitive or actually racists.

KW: Given the assassination in Amsterdam of Theo Van Gogh over his making a movie about Islam, my guess is that the Dutch probably aren't very receptive currently to criticism of this nature.

RRW: After the film came out, I got death threats and had to have a bodyguard. It was interesting because many of the emails I got started out by saying it was their tradition and an innocent children’s holiday and ended by calling me the N-word or a “stupid Black monkey.” How is that not racist? It just takes one racist crackpot to commit an act of violence against me. A Dutch woman even stopped me at the dog walk and told me I needed to “get over slavery” and that she would “die” for Black Pete.

KW: Do you think we live in an overly sensitive politically-correct age, where people have to fear offending others by behavior considered acceptable just a decade ago?

RRW: It’s not an issue of political correctness. It’s a issue of racism. Blackface was never acceptable to the Black population in the Netherlands. They have been protesting against it since the 1930s. The majority of Black people were just afraid to speak up because non-Whites are not treated as part of Dutch society.

There is much institutionalized racism in The Netherlands and the non-White population is just now beginning to fight for their rights. Black Pete is just one example of what is going on there. So racism was never acceptable to the people who suffer from it.

KW: How do you feel when you see a Dutch person in Blackface? The same as when you see American college students donning it on Halloween or for a ghetto-themed frat party?

RRW: Yes, it’s a horrible feeling to be mocked and ridiculed because of your race.

KW: You married a Dutchman. How does he feel about his country's Blackface tradition?

RRW: He’s ashamed and embarrassed by it. He grew up with it like everyone else, but as soon as he realized it hurt others, he began to speak out against it. He produced and edited Blackface.

KW: What message are you hoping to convey with the film?

RRW: That symbolic racism is hurtful and that it is especially hurtful to Black children who get called Black Pete in school and grow up with the sense that they are inferior to white kids. And that racism is a global problem and it is as damaging to Whites as it is to non-Whites. Everyone must fight against it.

KW: Thanks again for the time, Roger, and best of luck with Blackface.