By Brian Stimson of The Skanner?news
Published: 18 November 2010 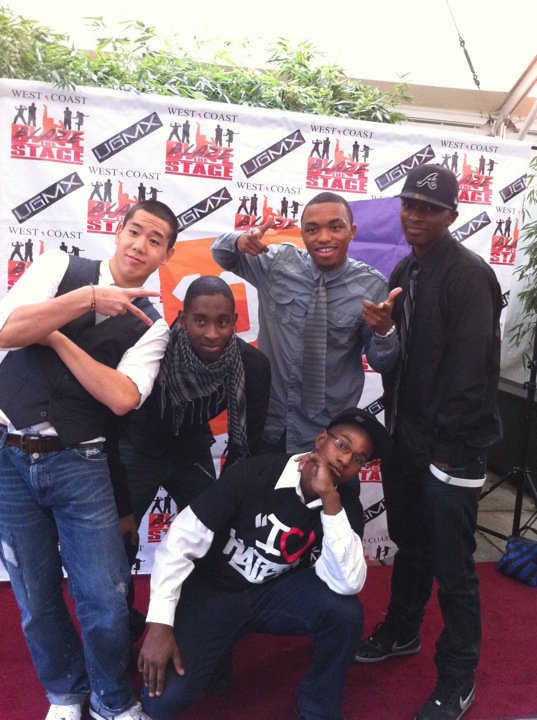 In March, one of Portland's newest dance crews will be traveling to New York City to perform on BET's "106 and Park" show to compete with other dancers from across the nation for a $5,000 prize.

After forming this summer, F.I.O. Dance Crew founder Brian Toombs says the group of nine have accomplished a feat that can take other crews years.

The Blaze the Stage contest, held Oct. 9 at the Jupiter Hotel, featured a variety of talent – rap artists, singers, dancers and others.

"Something like this really doesn't happen in Portland," Toombs said. "There were people from Las Vegas, Georgia, California. We went in and did our piece … we messed up a few times … we didn't think we'd make it."

The majority of the F.I.O. crew are freestylers, with little formal dance training. On top of that, because they'd only formed months prior, the BET-sponsored competition was their first step up to the big leagues.

"This was our first major performance," Donald Barfield said. "People go there every year to take a shot at this. Cause if you make it your career opens up."

When they got there, they were expecting a bigger stage and had to adjust their choreography and steps to match. Despite a few missed steps, Toombs said the judge said their performance was the best of the night, but told them to bring a tight routine for live television. Along with F.I.O, musical artists Get it Squad, Mighty and Deuces  Musiq will also be appearing on "106 and Park."

The crew originally begin when Toombs formed Subtech, which disbanded and was reformed with new members as F.I.O. – or "Future Is Ours."

In Portland and Vancouver, the crew has performed at the Hippoh Project Dance Studio's Jams, as well as some Clark College half-time shows and Living Hope Church. They've also appeared in videos for hip hop group Serious Business and in a video for local clothing accessory manufacturer Sticks & Stones.

While everybody is self-taught, Toombs – a teacher at Kara's Dance Studio in Vancouver – is working on getting the crew into formal lessons. With much of the choreography coming from brothers Brian and Ryan Toombs, Barfield says other members want to be able to help lead the team.

"We want to get our choreography up so we can all be assets to the team," he said.