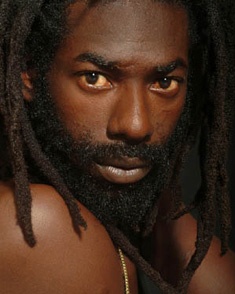 MIAMI (AP) -- On his upcoming album ``Before the Dawn,'' Jamaican reggae star Buju Banton crows about standing strong, though battered and bruised, in the face of a gathering darkness.
The songs sound prophetic -- the four-time Grammy nominee recorded them before he was arrested on federal cocaine charges last December. The trial is scheduled to start Monday in Tampa -- a week before the album's U.S. release. He faces a possible life sentence if convicted.
``I've been accused, wrongly convicted. Jah knows I'm innocent,'' he sings in his gravelly voice, invoking the Rastafarian God. ``I've been badly singled out by beloved friends ... who sold me out.''
Banton recorded the album's 10 songs last year in Kingston, Jamaica, before his arrest at his Miami-area home on a charge of conspiracy to possess with intent to distribute more than five kilograms (11 pounds) of cocaine. A grand jury indictment also charged him with carrying a firearm during the course of a drug trafficking crime.
He worked on the album with producers and engineers over the phone from Tampa-area jails, where the 37-year-old has been held without bail since the beginning of the year.
According to the indictment, Banton and an associate negotiated with an informant to buy the cocaine. Along with a third man, they allegedly met with an undercover officer in Sarasota in early December to buy the drugs. The informant told Drug Enforcement Administration agents that he also saw the singer inspecting the cocaine.
Ian Thomas, described by Banton's manager as an old friend of the singer who resurfaced shortly before the arrest, pleaded guilty Wednesday to conspiracy to posses with intent to distribute five kilograms or more of cocaine. He now faces up to life in prison.
The third man, James Mack, has signed an affidavit stating that he never met Banton before his arrest, and that the singer did not know about the money or a gun that were in Mack's car during the drug deal.
Mack plans to plead guilty to the drug conspiracy charge and a weapons charge, according to a plea agreement filed Wednesday. He also faces up to life in prison on each charge.
Both men agreed to testify for the prosecution as part of their plea agreements. Banton's attorney has requested Mack as a witness as well, according to court documents.
Banton's team will try to prove the singer, who rose from the slums of Kingston to massive success in the 1990s, was a victim of entrapment.
Banton's attorney, David Markus, has said in court that the confidential informant has been paid $3.3 million for working with law enforcement over several years, including more than $35,000 in Banton's case.
The informant met Banton, whose real name is Mark Myrie, in first class on a flight from Spain to Miami at the end of Banton's European tour last summer. Banton's team contends that it was the informant who raised the idea of the cocaine deal with Banton.
In 2003, a marijuana case in Jamaica resulted in a fine for Banton. The following year, he was acquitted on charges in Jamaica that he participated in the beating of six gay men.
He alludes to those problems -- and his current case, though he doesn't refer to it specifically -- in the liner notes to ``Before the Dawn.'' He includes a note written in June from the Pinellas County jail urging fans to ``stand firm through our adversities'' and to ``try life.''
``Never before could I attest to the trauma experienced by others,'' Banton wrote, ``but my current situation brings the full perspective of what bondage really means.''