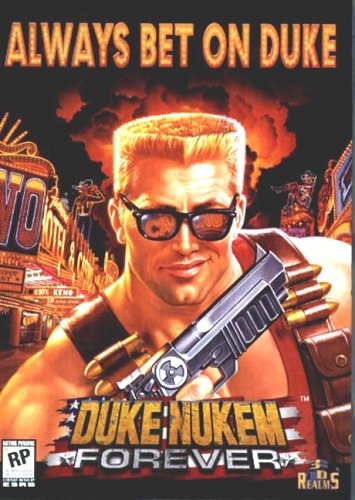 When Take-Two Interactive Software Inc. pulled the plug on the long-in-development "Duke Nukem Forever" last year, most observers in the video-game industry thought they'd seen the last of its titular hero.
But you can't keep a bad man down -- and last weekend, the cigar-chomping, beer-swilling tough guy staggered back to life at the Seattle fan-fest Penny Arcade Expo.
Duke's unlikely savior is Randy Pitchford, founder of "Borderlands" and "Brother in Arms" developer Gearbox Software. "I moved out to Texas 15 years ago to work on 'Duke Nukem 3D,"' Pitchford says. "I owe my career to Duke."
Pitchford was in a unique position to bring Duke back to life. After leaving "Duke Nukem" developer 3D Realms, he remained friends with its co-owners, Scott Miller and George Broussard. And the success of "Borderlands," published by Take-Two subsidiary 2K Games, earned Pitchford the trust of the parent company.
"We worked out all the drama and brought everyone together," says Pitchford. "But there's one big reason 'Duke' lives: The guys who created it didn't want to let go."
So, what does the game look like after more than a decade in limbo? "There's so much great stuff there that we were very quickly able to build a plan to put the game together," Pitchford says.
Gearbox decided to reintroduce Duke at Penny Arcade Expo, the largest annual gathering of game fans in the U.S.
"PAX is a consumer show," says Pitchford, "and we wanted Duke's most loyal fans to see that we're not just making promises. The game is playable -- it's real."
Indeed, PAX attendees went crazy when they saw Duke on the convention floor, and Twitter was bombarded with his catchphrase, "Hail to the king!" It remains to be seen how the musclebound meathead will fare 10 years after his heyday -- but we'll find out when "Forever" finally arrives next year.