Books: 'The Colorization of America' by Jeff Chang 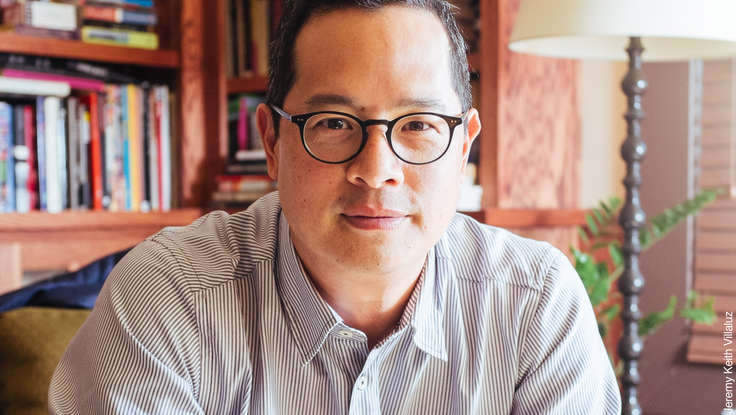 “Race. A four-letter word. The greatest social divide in American life, a half-century ago and today. During that time, the United States has seen the most dramatic demographic and cultural shift in its history, what can be called the colorization of America…

"How do Americans see race now? After eras framed by words like ‘multicultural’ and ‘post-racial,’ do we see each other any more clearly?

"From the dream of integration to the reality of colorization, Who We Be remixes comic strips and contemporary art, campus protests and corporate marketing campaigns, Martin Luther King, Jr. and Trayvon Martin into a powerful, unusual and timely cultural history of the idea of racial progress.”

Each generation has its share of visionaries. Long ago, William Faulkner warned that, “The past is never dead. It’s not even past.” In the Sixties, R. Buckminster Fuller conveyed the critical insight that “Geniuses are just people who had good mothers,” while Marshall McLuhan helped us understand exactly why “The medium is the message.” More recently, Ray Kurzweil anticipated the age of spiritual machines where computers lead and people follow.

“Who We Be” is the work of a new sage thinker with his finger on the pulse. Don’t let yourself be dissuaded by the grammatically-incorrect title of his opus, or its Ebonics chapter headings like “I Am I Be” and “What You Got to Say?” for the actual text isn’t written in inscrutable slang as implied, but rather offers a very articulate analysis of the evolution of American culture from the March on Washington to the present.

In fact, the author isn’t even black, but Asian-American of Chinese and Hawaiian extraction. Not one to be pigeonholed by his ethnicity, Jeff Chang previously penned a couple of books about hip-hop, “Can’t Stop Won’t Stop,” and “Total Chaos.”

Here, however, he successfully tackles subject-matter of much more depth and consequence in the process sharing a cornucopia of profound insights on themes ranging from the rise of Obama to multiculturalism to gentrification to the use of the N-word to Occupy Wall Street. For example, in a blistering critique of the economic system, he opines:

“Capitalism aspired not only to be the law, but morality, too. Freedom meant being free even from responsibility or empathy. All values would bow before economic value. Redemption would be redefined. Consumption would set the terms of the social. Creditors ruled everything around us. Debtors—a category that included almost everyone—were parasites. Capital and the state debased fundamental human relations… It’s sociality itself that’s treated as abusive, criminal, demonic.”

Sobering! With the help of a dizzying mix of evocative essays, anecdotes, quotes, quips and eye-catching cartoons and photographs, he amply illustrates what he refers to as America’s post-racial paradox. For although the country might be awash in a sort of melting pot imagery suggested by popular movies, TV shows and rainbow coalition commercials, that superficial symbolism flies in the face of the undeniable reality of rising re-segregation in terms of housing and schooling.

Pearls of wisdom from an Asian-American wannabe who deliberately employs double negatives, bad grammar, incorrect syntax and even an occasional double positive for the sake of street cred. Still, the Utne Reader saw right through that smokescreen and dubbed Jeff Chang among the “50 Visionaries Who Are Changing Your World.”

Who he be? He be a phat prophet! You feel me?