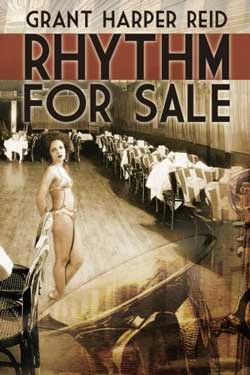 “I went into the Countee Cullen library… and saw a book titled: The Harlem Renaissance: A Historical Dictionary for the Era… I peeked inside to see if [it] had any information about my grandfather, Leonard Harper…

The discovery of my family heritage by way of my grandfather was like opening up a treasure chest of precious metals.”

Excerpted from the Introduction (page ix)

Have you ever heard of the late Leonard Harper? Neither had I, before reading this reverential biography chronicling his fascinating life. A seminal contributor to the Harlem Renaissance, the versatile talent once dubbed the “Father of Cabaret” belongs right up there in the pantheon of the era’s icons along with the likes of Langston Hughes and Zora Neale Hurston.

Rhythm for Sale was written by his grandson, Dr. Grant Harper Reid, who dedicated decades of his life to this labor of love. We learn from its pages that Leonard was born in 1889 in Birmingham, Alabama where, by the age of 4, he was already performing for pennies on the street dressed as a pickaninny.

And by the time he passed away prematurely of a heart attack during rehearsals for a show set to debut in Times Square early in 1943, he had amassed an impressive resume that any entertainer might envy. However, this encyclopedic is much more than just a litany of Harper’s considerable achievements, for it also recreates in vivid fashion, the periods he participated in.

Perhaps more importantly, in a straight no chaser style, it delves deeply into the psyches of both its subject and many of his African-American colleagues. For, while other history books merely stick to the surface by focusing just on the singing and dancing, here we have a sobering exploration which examines their feelings about racism.

Purchase a copy of Rhythm for Sale.