Book Review of (1)ne Drop: Shifting the Lens on Race 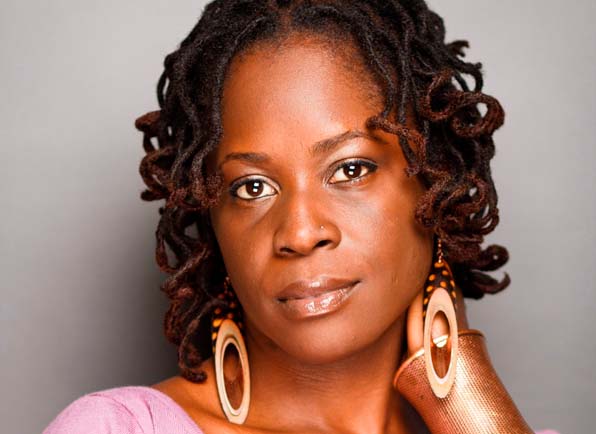 (1)ne Drop:Shifting the Lens on RaceEdited by Yaba Blay, Ph.D. with photography by Noelle Theard

“What exactly is Blackness and what does it mean to be Black? Is Blackness a matter of biology or consciousness? Who determines who is Black and who is not—the state, the society, or the individual? Who is Black, who is not, and who cares?

In the U.S., historically a Black person has come to be defined as any person with any known Black ancestry. This definition has been… known as the one-drop rule, meaning that one, single solitary drop of Black blood is enough to render a person black…

Traditionally, in America, if you were just a teeny-weeny bit black, you’d always been considered black. This arbitrary color line was even codified by the Supreme Court decision in Plessy v. Ferguson, an 1896 case brought by an octoroon light enough to pass who sued for the right to sit in the “white only” section of a segregated train traveling through the South.

Much to Homer Plessy’s chagrin, the Court sided with the State of Louisiana, taking judicial notice of the “one-drop rule,” ruling that “a Negro or black is any person with any black ancestry.” In other words, you could be black without looking black.

Fast-forward to the present, the arguably post-racial age of Obama, a time when the country has a biracial president, who nevertheless refers to himself to African-American. The nation’s population has more mixed ancestry than ever nowadays, which is reflected in the latest census offering over a dozen race options to check off, as well as “Other,” if none of the above is to your liking.

This means that folks, who only a generation ago would’ve been forced to identify themselves simply as black, now feel much more freedom to avail themselves of an array of alternatives along the ethnic spectrum. (1)ne Drop: Shifting the Lens on Race is a collection of essays reflecting on racial identity by 60 introspective individuals who until relatively recently would’ve been labeled black in the eyes of the law.

This enlightening opus was edited by Dr. Yaba Blay, a professor of Africana Studies at Drexel University, and each contributor’s entry is accompanied by a proud portrait photographed by Noelle Theard, a professor at Florida International University. The book breaks down the contributors by three categories: “Mixed Black,” “American Black” and “Diaspora Black.”

Although “Black” Kathleen Cross has a black father and a white mother, she has resisted the invitations to join the “Multiracial Movement, which she sees as divisive. By contrast, Harlemite Jozen Cummings describes himself as “Mixed,” with parents who are Japanese, Puerto Rican and African-American.

Particularly fascinating are the two albinos participating in the project, Sean Gethers and Destiny Birdsong, who embrace being “Black” in spite of their white skin. Each person’s earnest explanation proves to be rather revealing and touching, leaving the lasting impression that in the 21st Century blackness is no longer defined by the government but by the eye of the selfie.